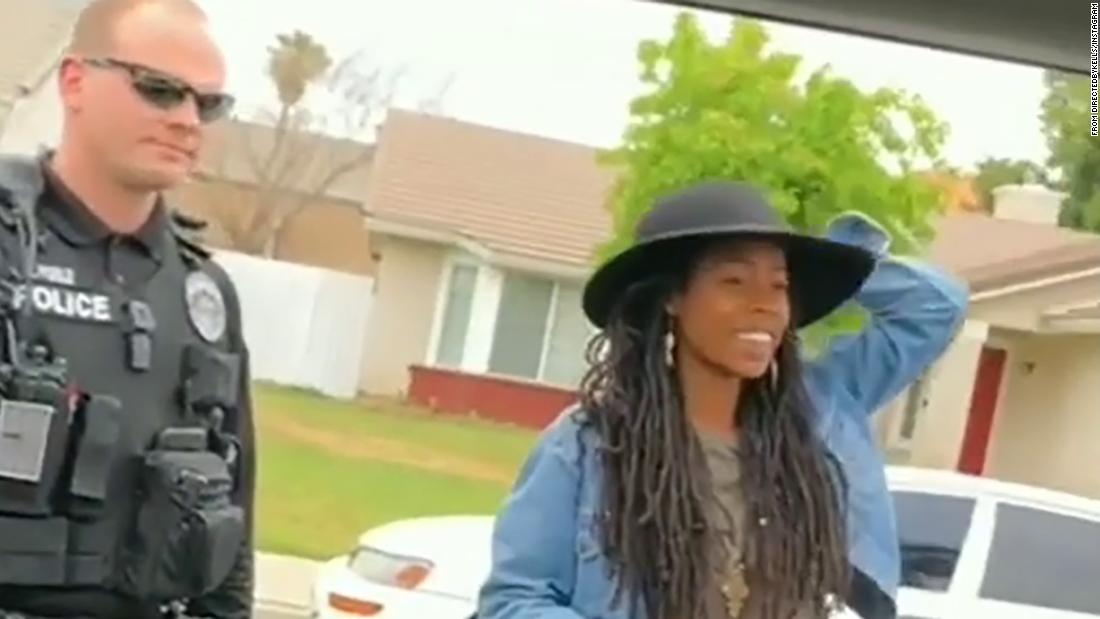 (CNN)Earlier this week, three black Airbnb guests checked out of their rental only to be met by seven police cars.

“They have a right not to smile,” said attorney Jasmine Rand at a Thursday morning news conference in New York. “We don’t want to live in an America where black people are forced to smile at white people to preserve their lives.” 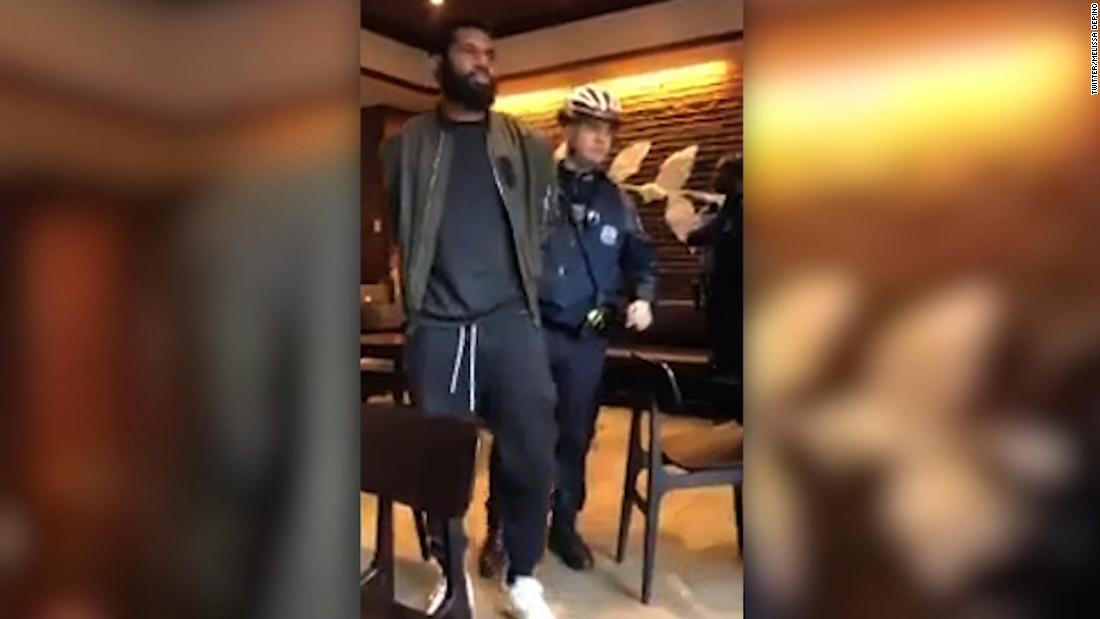 The three black guests — Kelly Fyffe-Marshall, Donisha Prendergast and Komi-Oluwa Olafimihan — were also traveling with a fourth guest, who is a white woman. But according to the their attorneys, the neighbor only told police about three suspicious black people. Police previously said the caller was an elderly white woman. 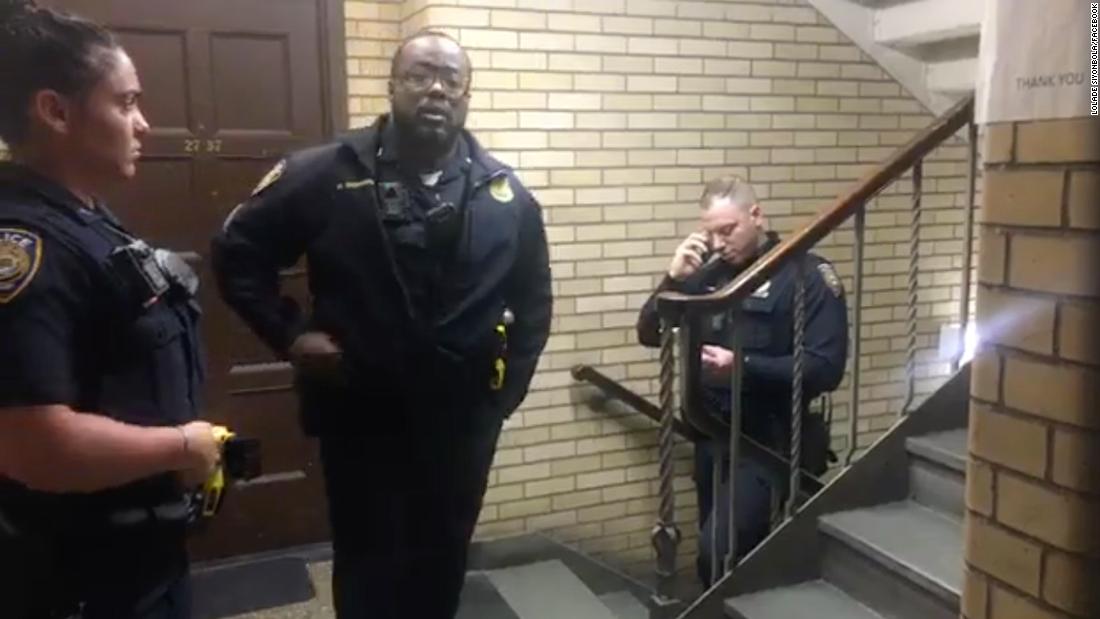 “And that should have been automatic evidence to them that this issue, this call was racially motivated by this woman,” Rand said.
Now, the attorneys want the woman held accountable and are calling for the Rialto Police Department to conduct an investigation into officers’ actions, claiming their clients’ constitutional rights under the 4th and 14th Amendments were violated.
The group checked out of their Airbnb on April 30, and were dragging their luggage to their car when police showed up and told them to put their hands in the air. They tried to explain to officers that they were renting an Airbnb, but officers didn’t believe them, and detained them for between 20 and 45 minutes, Rand said.
Fyffe-Marshall said she’d seen the neighbor watching them, but didn’t see her wave or smile. She and Pendergrast joked the neighbor was going to call the police on them, she said.
“Let us acknowledge this history, this heritage and this legacy that we all have inherited as black and white people of this world,” Prendergrast said.
“How are we going to reimagine ourselves for our children, and for the children of our children?”

The incident has been held up as just the latest in recent weeks in which people of color were racially profiled and have been arrested or detained by police for seemingly innocuous acts.
Airbnb previously said in a statement to CNN that what happened was “unconscionable and a reminder of how far we still have to go as a society.”
“Airbnb’s mission is to create a world where anyone can belong anywhere and we have aggressively worked to fight bias and discrimination in society,” the company’s statement said in part.
Rialto Mayor Pro Tem Ed Scott said in a Tuesday news conference that officers acted in a “very professional manner.”
Interim Police Chief Mark Kling said in a news conference Tuesday the officers acted appropriately during the incident, and pointed out that at no point did officers use force or handcuff anyone.
Kling also said the neighbor reported four individuals — two black women, a black man and a white woman. It took 22 minutes, he added, for officers to determine that Fyffe-Marshall, Prendergast and Olafimihan were Airbnb guests and had not committed any crimes.

‘They just kind of avoided me, or they didn’t wave’

Police also released bodycam footage of the incident on Tuesday.
At first, the interactions between the officers and the guests don’t appear to be tense, according to the footage. They laugh together when they realize one officer is from Canada, like them, as they attempt to reach the homeowner of their Airbnb. 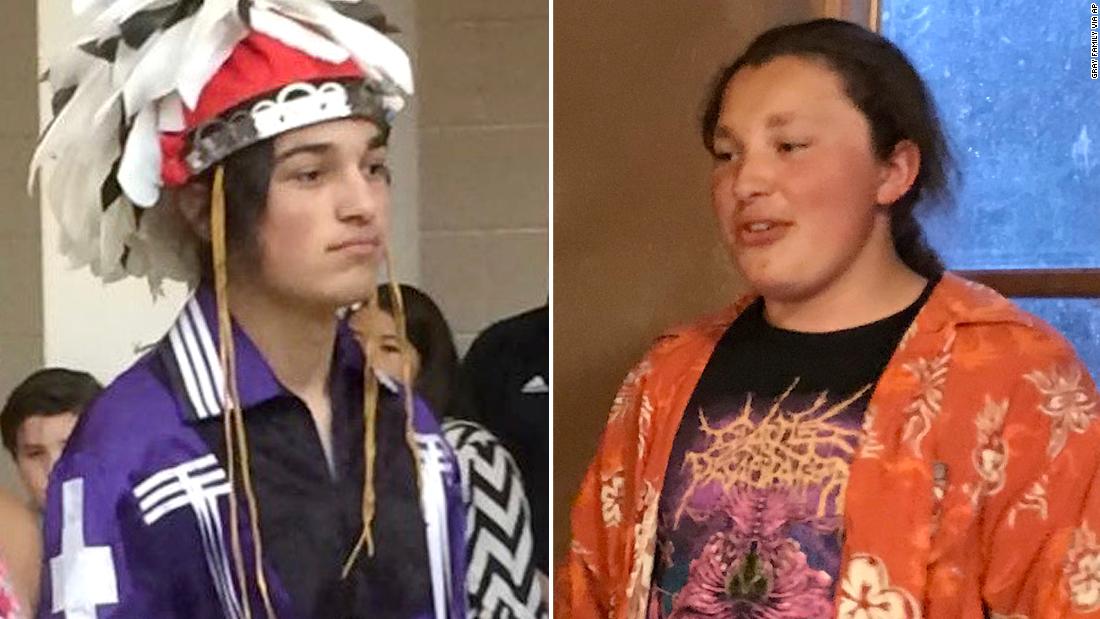 Everyone’s patience appears to wear thin after they reach the homeowner but police continue to investigate. Prendergrast begins to argue that the neighbor wouldn’t have called police if they were white, but the officer dismisses her claim.
Police then played audio of an officer’s interview with the neighbor after she had been told the group were renters. She says they scared her.
“I see these strange people coming and going back and forth, you know, with luggage,” she tells the officer.
He asks why she thought they were strange.
“Because they had luggage in their hand and they weren’t really looking at me. You know, they just kind of avoided me, or they didn’t wave … And I know the couple that own the house, and I didn’t recognize them.”