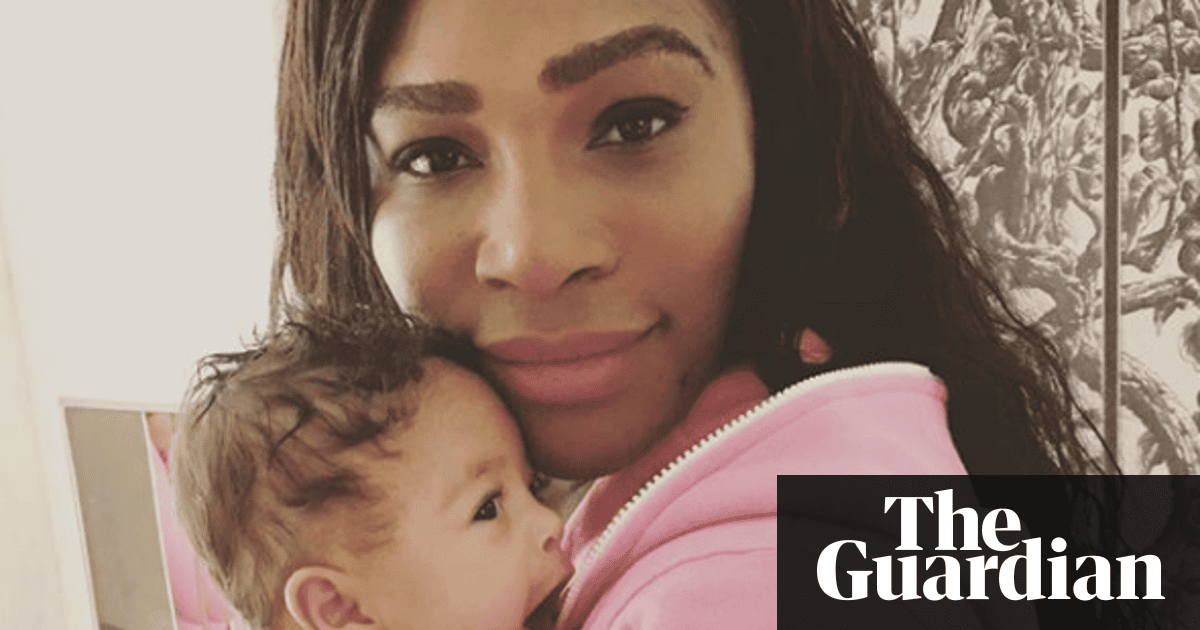 Serena Williams has poured cold water or rather, cold milk on the idea that breastfeeding causes the excess weight gained while growing a baby to melt away.

Breastfeeding is widely touted as a means of weight loss, but even though its a hungry business as far as the body is concerned, there are several reasons why simply sitting back and letting baby suck away the calories often doesnt cut it.

On average, women lay down 4kg (9lb) of fat during pregnancy and to lose each kilogram, they will need to create a 7,700-calorie deficit. Exclusive breastfeeding eats up about 595 calories a day during the first two months of a babys life, increasing to 695 calories a day as the baby gets bigger. In theory, then, for every week a woman breastfeeds she should be able to lose about half a kilogram, getting back to her pre-pregnancy weight within two months.

But, as many mothers will testify, it is rarely this simple. For one thing, breastfeeding is widely regarded as a licence to eat cake; a generous slice of carrot cake with cream cheese frosting contains about 650 calories; even a skinny blueberry muffin from Starbucks contains 268 calories. Add a grande latte to that, at 230 calories, and you have already pretty much busted any calorie-deficit acquired through breastfeeding.

Of course, women could make healthier eating choices, but most breastfeeding mothers live in fear of their milk supply drying up leaving them with an angry baby, who wants to feed even more often and health visitors will often advise them to eat more and rest, as a means of ramping up milk production.

There is also biological pressure to eat more: the breastfeeding hormone prolactin increases appetite, while sleep deprivation a common side-effect of having a baby skews the balance of the hunger hormones leptin and ghrelin, prompting cravings for sweet, salty and starchy foods. Breastfeeding is also a sedentary business, and new mums are often too busy and too exhausted to find time to exercise.

Unsurprisingly, then, studies that measured the effect of breastfeeding on weight loss have found only a small effect: a review of five studies, which regularly weighed and measured women post-birth, concluded that after 12 months, breastfeeding mums had lost between 0.6kg and 2kg more weight than mums who didnt breastfeed.

It is possible to speed up weight loss without depriving babies of milk, though. Another study found that by restricting calorie intake to about 2,000 calories a day and doing 45 minutes of aerobic exercise four times a week, women lost around 0.5kg a week without it compromising their milk supply. Even so, biological differences will mean that some women will find it easier to lose weight, and others harder. The fact that super-sporty Serena Williams struggled to shift her baby weight, despite eating a sugar-free, vegan diet, is testament to that.