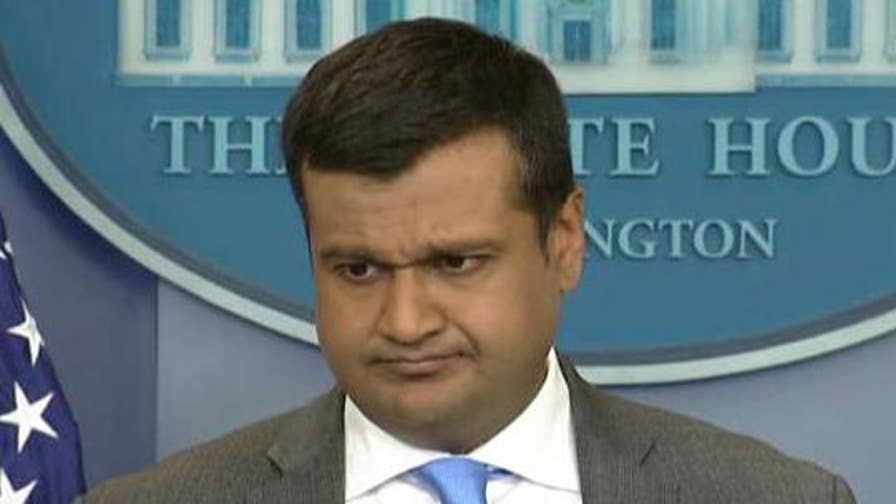 Raj Shah, White House principal deputy press secretary, says the poisoning of a Russian spy in the U.K. was brazen and reckless, says the president continues to deny allegations by Stormy Daniels.

The White House said Monday that President Trump didn’t believe the claims made by Stormy Daniels in her “60 Minutes” interview were “accurate,” and blasted the adult-film star for being “inconsistent.”

White House Deputy Press Secretary Raj Shah said the president repeatedly has denied having an affair with Daniels, whose real name is Stephanie Clifford, and questioned the accuracy of her statements made.

“The president doesn’t believe any of the claims Ms. Daniels made in the interview last night were accurate,” Shah said during the White House press briefing.

“The president has strongly, clearly and consistently denied these claims. The only one who’s been inconsistent is the one making the claims,” Shah told reporters. 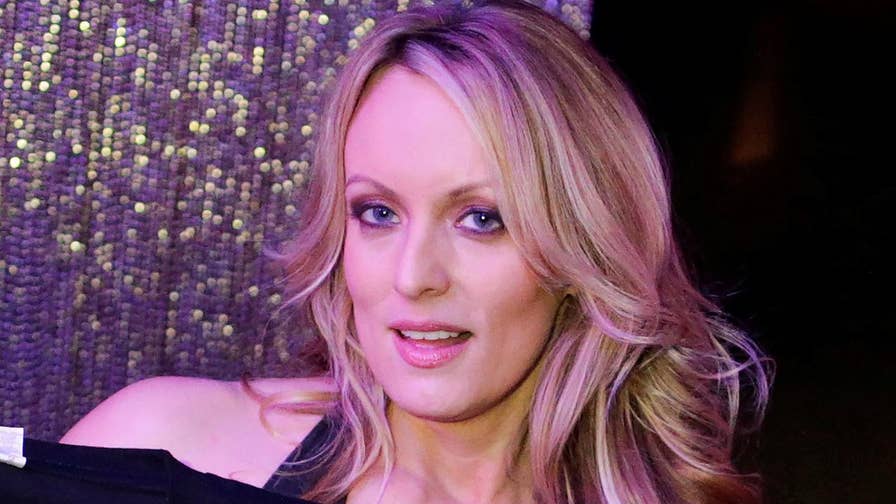 Cohen has denied having any involvement in Daniels’ claim that a man threatened her in Las Vegas in 2011, warning her to “leave Trump alone.” But the complaint said Cohen’s denial represented a defamatory statement against Daniels.

In the interview, which aired on CBS News Sunday evening, Daniels claimed she had a one-time, unprotected sexual encounter with Trump during a three-round gold competition at the Edgewood Tahoe golf resort in July 2006.

Daniels also said she was threatened by a man who approached her in a Las Vegas parking lot after she sold her story about her alleged sexual encounter with Trump.

“I was in a parking lot going to a fitness class with my infant daughter and a guy walked up on me and said to me, ‘Leave Trump alone. Forget the story,’” Daniels said in the interview. “And he leaned round and looked at my daughter and said, ‘That’s a beautiful little girl. It would be a shame if something happened to her mom.’”

The White House denied the president’s involvement in the alleged incident.

“He just doesn’t believe [the claim],” Shah said. “There is nothing to corroborate her claim.”

When asked if the president watched the interview when it aired Sunday evening, Shah said he wasn’t “going to get into that.”

“He has consistently denied all allegations,” Shah said.

In terms of Daniels’ “inconsistency,” Shah was referring to a statement signed by the adult film star in January, denying any type of sexual or romantic affair.

“I recently became aware that certain news outlets are alleging that I had a sexual and/or romantic affair with Donald Trump many, many, many years ago,” the statement signed by Daniels read. “I am stating with complete clarity that this is absolutely false. My involvement with Donald Trump was limited to a few public appearances and nothing more. When I met Donald Trump, he was gracious, professional and a complete gentleman to me and EVERYONE in my presence.”

In recent months, though, Daniels’ position has shifted. On “60 Minutes,” when asked why she signed that statement if she knew it was false, Daniels said she felt intimidated.

Daniels claimed she had dinner in Trump’s hotel room followed by unprotected sex. Daniels, then 27, said she was not attracted to Trump who was 33 years older than she was at the time. She claimed that Trump offered to get her on his NBC show “The Apprentice.”

Daniels detailed the alleged relationship between herself and Trump, now saying it wasn’t contained to a single evening. She claimed they stayed in touch, exchanging phone calls, and that Trump invited her to a Trump Vodka launch party in California as well as to Trump Tower in Manhattan.

When asked about the so-called “hush payment” made by Cohen, the White House directed reporter questions to Cohen.

“False charges are settled out of court all the time and this is nothing outside the ordinary,” Shah said Monday.

Late Sunday, Cohen’s attorney, Brent Blakely, sent a cease and desist letter to Daniels and her attorney, Michael Avenatti, and demanded she apologize and refrain from making “false and defamatory statements” about Cohen in the future.