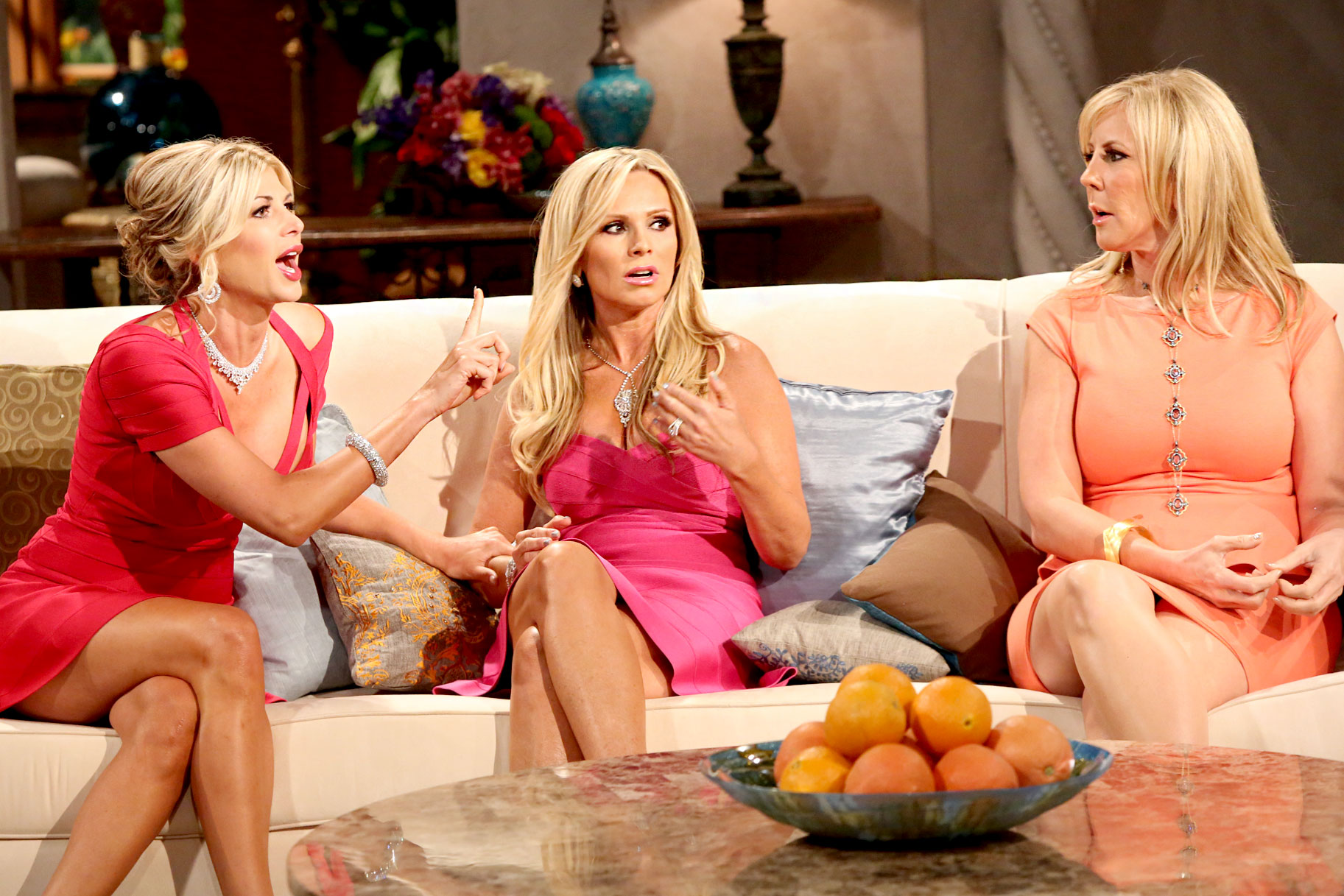 Last night was a big night on Bravo. And not because those rednecks from Oklahoma returned or because Kathryn dyed her hair fucking nuclear maroon for the reunion, but because the OG housewives out in Orange County are officially back. Now, it must be said that these women might be my least favorite because theyre all trashy af and they ran off queen Heather. But my god do they make good TV. I mean, they fake cancer for Christs sake. There isnt anything they wont do for ratings, which I can respect. But because none of them are betchy in the slightest, ranking them really wouldnt make sense. So instead were here to tell you what your favorite wife of the OC says about you. And no. I didnt include that new Peggy lady because she wasnt on last nights episode and I dont know jack shit about her except that her debut tagline sucks. You can go shave your back now.

If Vicki is your fave, you became lame af post-undergrad and are really trying to hold on to your previous way more fun life. You were the social chair of your sorority and got voted biggest lush senior year, but got a boring job like accounting or, idk, selling insurance, and now you just look desperate screaming Whoop it up! at company happy hours. In terms of your love life, shit isnt much better there. Youre super thirsty for guys to like you, but they just dont. You should probs go on sabbatical or at least intensive therapy to try to turn things around.

Every squad has one and it looks like youre it: the annoying af girl who wont shut up about fitness and eating healthy. Like, hi. I literally couldnt give two fucks about your power greens salad or how high you were on the torque board this morning. You have friends but you probs dont even know about half of the group hangs because they dont want to hear you bitch about calories and how bloated you are in your size 0 pants. Do yourself a favor and eat some pizza and stfu.

People who like Lydia better than the other wives are the stereotypical nice girl, my personal least favorite of all types of people. Sorry. You listen to Taylor Swift and wear Uggs while sipping pumpkin spice lattes and just bask in your basic way of life. Anytime theres an inner clique fight, youre the first to try and make peace and bring everyone together again. You work for a nonprofit or are a nurse and you host weekly bible studies. Your mere existence threatens to put me into a coma.

Shannon Beador fans find themselves somewhere in the middle of the pack. Youre not the HBIC but you dont get walked over, either. Well, at least not by your friends fuckboys are a totally different story. You keep it real, which makes cool normal people love you and fake betches hate you. Every once in a while you let your crazy side show and whip out a crystal or give yourself an enema, but for the most part youre chill.

A lot like Shannon fans, if you like Meghan, youre probs pretty normal. Youve been super popular your entire life so it only makes sense that you grew up to a rich skinny betch married to a professional athlete. Fucking duh. Youre pushing the verge of being a nice girl, but you also have enough of an edge to not take peoples shit. Tbh, sometimes youre a little boring but that may be because everyone you hang out with is a legit psycho.

Youre a BSCB. Theres really nothing else to say about it because thats the fact. You have a handful of friends but they only hang with you because youre always down to get shit faced and youre a good person to have on your good side. Because youll cut a bitch. Maybe one day youll reel it in, but chances are youll just end up someones drunk aunt.