To be fair, my beat has had a good innings. For a hundred years, it has made billions of pounds out of selling us stuff that boosts our self-esteem 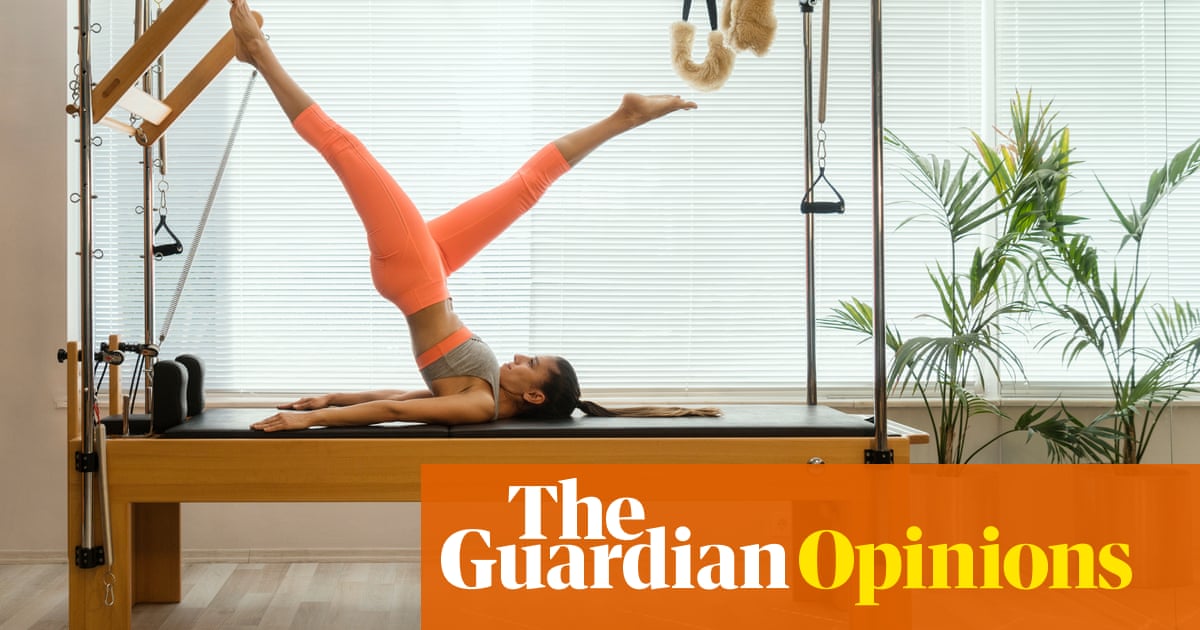 Im thinking of giving up writing about clothes and catwalk shows and reviewing bra tops and yoga classes instead. The latest in look for abs; whose mat was in the front row that sort of thing. What do you think? After nearly two decades as a fashion editor, I feel as though its a straightforward transfer of my skillset.

Its time for me to jump ship because wellness is killing fashion. To be fair, it has had a good innings. For a hundred years, it has made billions of pounds out of selling us stuff that boosts our self-esteem/makes us feel more attractive/makes us appear richer and more successful. Stuff, though thats the problem. Fashion is stuff and stuff is, like, so 20th century. No one wants stuff any more. We want glowing skin and a 110-minute half-marathon time and inner peace and Michelin-starred kombucha instead. Thats what aspirational looks like in 2019. Wellness does exactly what fashion used to do, which is sell you a dream version of you, only its better for you and doesnt create landfill. Game over.

The cannibalisation of fashion by wellness began with athleisure. Around the beginning of this decade, 100 running leggings were suddenly a thing. Why would anyone spend 100 on leggings, normal people asked? And the fashion industry was like, sideways glance to camera, the leggings arent the point, you desire clothes for the life transformation they promise. You ever hear of Cinderella?

Fashion embraced those legging-curious newcomers with open arms. Come here, girl, we got you. But Lululemon leggings turned out to be a Trojan horse. A new and seductive industry grew up around the business of wellness. Boutique gyms instead of boutiques, gratitude journals instead of waiting lists. Expenditure and aspiration, but more virtuous.

Athleisure was just the start. This is a more significant culture shift than wearing leggings to brunch. The generation gap between millennials (those born between 1980 and 1999 or so) and fortysomethings is much wider than the one between fortysomethings and their baby-boomer parents. The instability of the world in which millennials have grown up has given them a sharply different understanding of what security looks like, of how investment works, of what their future environment will be. Wellness sounds made up to older people, but to a younger generation it is an investment in themselves in an uncertain world.

This cultural shift has been monetised rapidly. Notice how running, which was at the centre of the initial craze and costs nothing, has fallen off the radar in favour of 28 Pilates classes. You can tell that wellness is the new fashion because it has become so easy to spoof. There are 6,000 Chanel yoga mats. There is Mark Wahlberg starting his day at 3.40am with a 95-minute workout. And, of course, there is Gwyneth Paltrow Patsy from Absolutely Fabulous for a new generation. On her website Goop, you can buy a candle called Church (66 free delivery, though) with a scent described as cypress smoke, snow, sensual quiet. Does snow have a scent? Or sensual quiet? Yet Paltrow is very much for real. Goop raised $50m in venture capital last year. It has started opening bricks-and-mortar boutiques. It recently signed a content deal with Netflix.

For a shiny, modern industry, the optics of wellness can be strangely regressive. While fashion is finally, slowly addressing its diversity problem, the imagery of wellness seems to skew heavily towards skinny, white women. The ideal requires you to be time-rich and rich-rich. Two hours spent working out each day let alone a five-day yoga retreat in a hilltop Balearic finca is a pipe dream for most of us. Wellness, which should be bolstering, is in danger of becoming yet another thing for women to fail at. The vagueness of clean eating dangles the carrot of perfection just out of reach. Beneath the manuka-honey sweetness there is a competitive core. Perfecting your right hook at Kobox and honing your willpower with intermittent fasting is the glossy, feminine equivalent of those gruff survivalist types stockpiling tinned food and doing pull-ups in a weird basement.

Does it matter if wellness edges out fashion? A two-minute plank is a more wholesome status symbol than a two-carat diamond. If sleeping well and eating vegetables are now aspirational, that must be good. Going to a yoga workshop is better for you than buying a new pair of earrings, even if, at the fancier end of the scale, it isnt any cheaper. Vaginal steaming, coffee enemas and venom cheese (Google it) give wellness a bad name, but then every bit of culture has its freakstore fringes. They say that runners run because they like running and joggers jog because they like cake, but, as far as your cardiovascular system goes, the result is the same. If wellness really is the new black, its fine by me. After all, monochrome looks particularly chic at yoga.