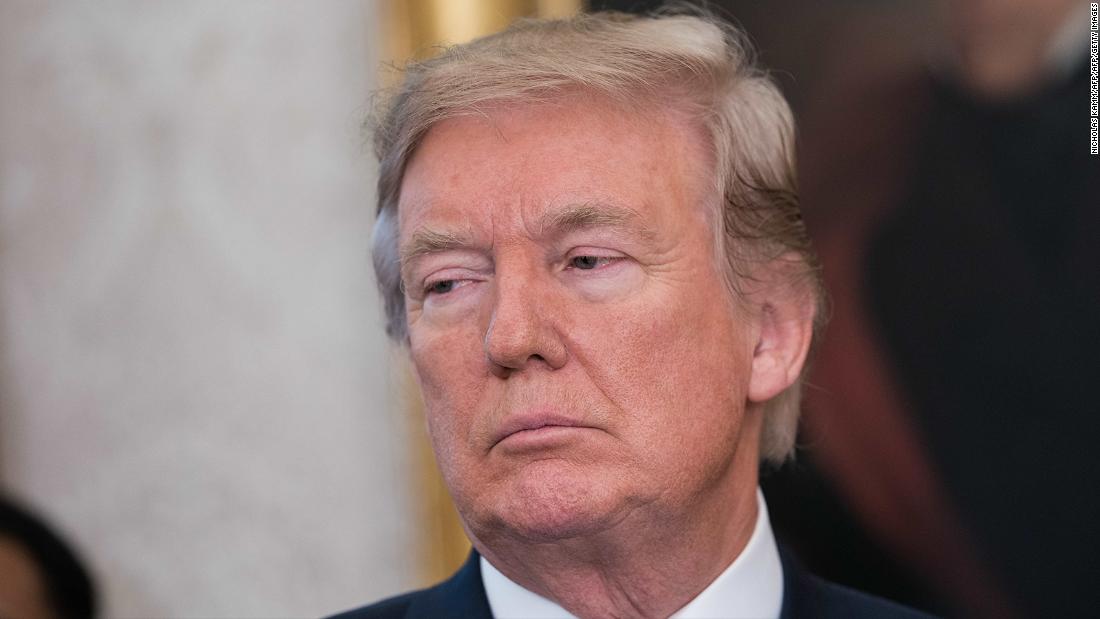 Washington (CNN)Donald Trump potentially has millions of lives in his hands as the threat of a devastating war with North Korea swiftly escalates.

Yet the President of the United States is raising new questions about his temperament, his judgment and his understanding of the resonance of his global voice and the gravity of his role with a wild sequence of insults, inflammatory tweets and bizarre comments.
On Wednesday Trump caused outrage and sparked fears of violent reprisals against Americans and US interests overseas by retweeting graphic anti-Muslim videos by an extreme far right British hate group. Earlier this week he used a racial slur in front of Native American war heroes. He’s attacked global press freedom, after cozying up to autocrats on his recent Asia tour. 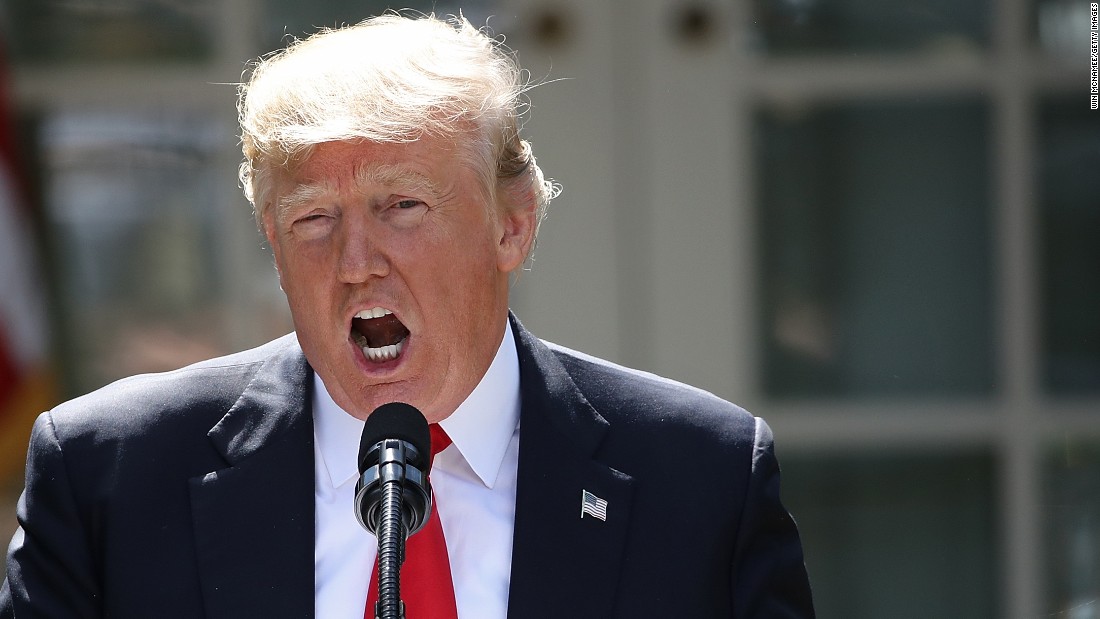 And now there are reports that the President has revived conspiracy theories about former President Barack Obama’s birthplace and is suggesting an “Access Hollywood” video on which he was heard boasting sexually assaulting women, and for which he apologized last year, had been doctored.
In normal times, it would be a concern that the President is conducting himself in a manner so at odds with the decorum and propriety associated for over two centuries with the office he holds.
But the sudden escalation of the North Korean crisis, following the Stalinist state’s launch of its most potent ever missile on Tuesday, takes the world across a dangerous threshold.
If diplomacy is unable to defuse the North Korea crisis, or slow its march to the moment when Kim Jong Un can credibly claim to be able to target all of the United States with a nuclear payload, Trump will face one of the most intricate dilemmas of any modern President. Will he live with the threat posed by a mercurial, wildly unpredictable adversary? Or, will he launch what could turn out to be a hugely bloody and destructive war to remove Kim’s nuclear threat?
There will be a premium on Trump’s judgment, his capacity to absorb the most serious detail and to make choices that could put many, many lives at risk, and draw the United States into escalating situations in Northeast Asia. Trump would be required to switch from the swaggering, untethered political persona he has been reluctant to drop as President into the role of sober statesman, unifying the nation and US allies — a switch he has rarely achieved so far in his 10 months in power.
On Wednesday, in St. Charles, Missouri, Trump stuck to his preferred name calling, again blasting Kim as “Little Rocket Man” and branding him a “sick puppy” after his White House earlier promised severe new sanctions against Pyongyang. But he didn’t elaborate on his vows to “handle” the situation. 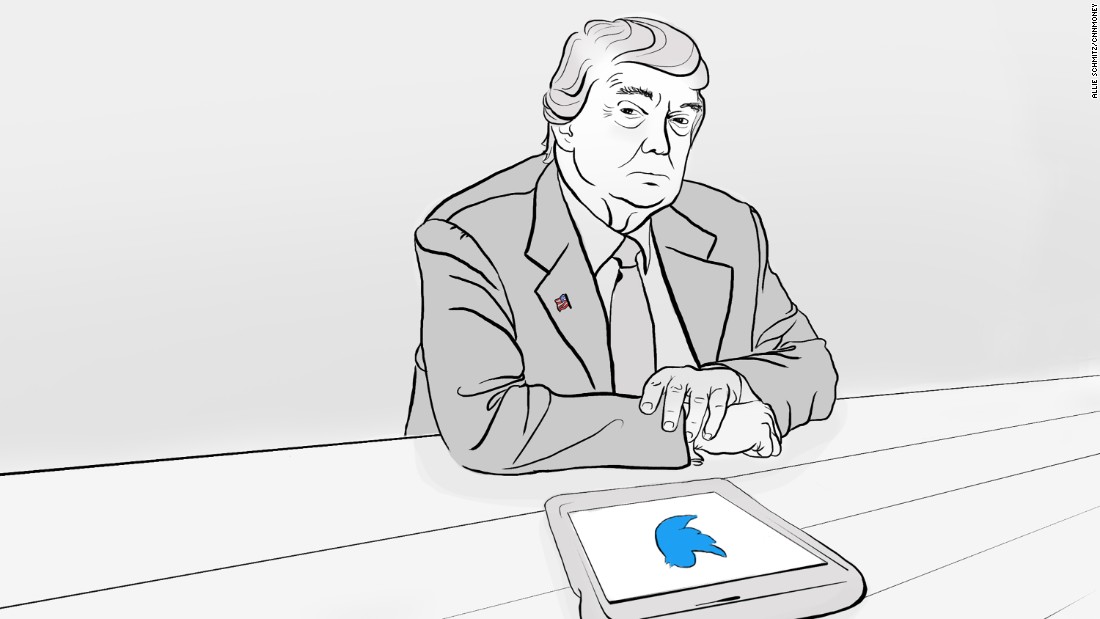 For years, Trump, living his life in the glare of the New York tabloids took refuge in convenient alternative truths, constructed his own version of reality and actively promoted conspiracy theories. He maintained that model of behavior as a candidate and a President. But the fact such conduct is coinciding with what could evolve into a major global crisis will force his staff, fellow world leaders, the media and the public to grapple with the implications.
That’s the context in which Trump’s recent behavior is coloring and is the reason why this moment could turn about to be more significant than the unorthodox and unconventional months of his presidency up to now.
It’s also why it’s fair to ask questions about his state of mind when, for instance, retweeting explosive videos of doubtful authenticity featured by the far right nationalist group Britain First, as he did on Tuesday.
“I have no idea what would motivate him to do that,” former Director of National Intelligence James Clapper said on CNN’s “New Day” on Tuesday. “To me, it’s bizarre and disturbing, particularly when I think of him doing that in the context of North Korea, where moderation, and temperance and thought I think is critical.”
Conversations about Trump’s fitness and mental state have percolated in Washington for months. They have been fanned by the comments of GOP Sen. Bob Corker who warned the President could spark World War III.
Republican Sen. Jeff Flake last month fired off an explosive Senate speech in which he said that no one should stay silent, “as the norms and values that keep America strong are undermined and as the alliances and agreements that ensure the stability of the entire world are routinely threatened by the level of thought that goes into 140 characters.”
On Wednesday, Flake said he was “flummoxed” at Trump’s latest behavior after reading his latest Tweets. 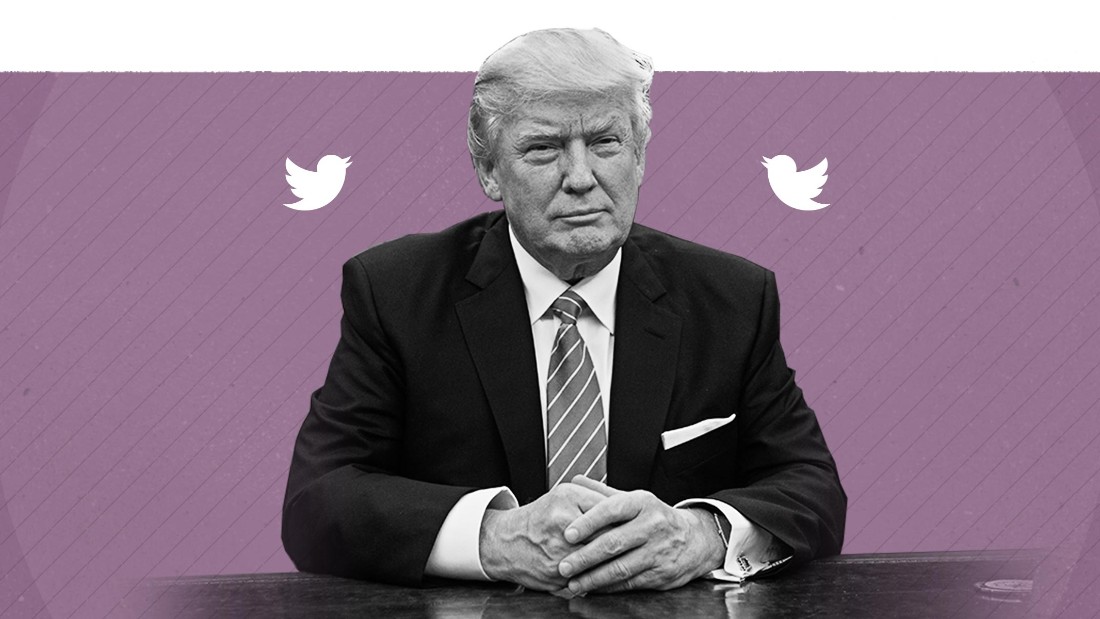 “It’s very inappropriate. Why? What does that get us? I’m having a hard time understanding it,” Flake said, adding that he would start a series of Senate speeches on Trump’s disregard for the truth.
In some ways, Trump’s latest wild behavior turn gives Republicans yet another problem.
GOP senators will shortly vote on a tax reform bill that if it passes will give Trump a long awaited victory.
But that win will also bolster his prestige and power as President, leaving some to question whether the likes of Flake and Corker are putting principled objections to Trump’s leadership aside for their own political reasons.Crushing convention 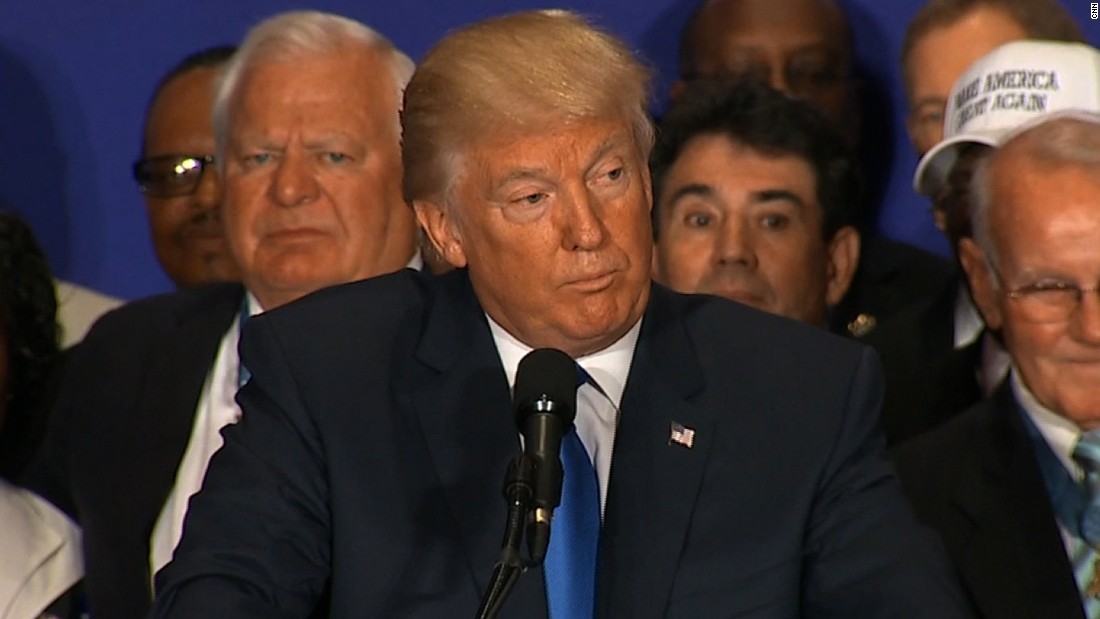 Trump has always crushed convention and been ready to step on racial, cultural and behavioral taboos, evidenced in his response for instance to Charlottesville riots and willingness to exploit foreign terror attacks to push his immigration policies. In many ways his spurning of political correctness has been key to his appeal. But some close observers of the President say they believe he has become even more unmoored in recent weeks.
“Something is unleashed with him lately,” said New York Times reporter Maggie Haberman, who wrote about Trump’s return to Birther conspiracy theories in on Wednesday morning.
“I don’t know what is causing it, I don’t know how to describe it,” said Haberman, who is also a CNN contributor.
Whatever is causing it, some of Trump’s fellow Republicans are worried about the detrimental effect of his behavior.
“I think it’s risky,” South Dakota Sen. John Thune told CNN’s Dana Bash on Wednesday.
“In light of what’s going on in the world right now, and things that we’re trying to accomplish, and the threats and the adversaries that we face, I think it’s important that our leader, our commander in chief, set the kind of tone that’s measured,” Thune said.
Trump’s supporters often counter that the media is overreacting to his tweets and a style of conduct that often appears designed to cause outrage and offense — or to distract attention from other political controversies.
They point to the roaring stock market, prospering economy and the dismembering of ISIS in Syria as evidence of a presidency that is doing far better than it appears from news reports.
“There has never been a 10-month presidency that has accomplished what we have accomplished,” Trump said in Missouri.
Though some admit they wish he would not be so inflammatory in his tweeting, it is often maintained that his behavior should not be taken literally.
Yet in a time of national crisis, and as Trump’s words resonate around the world, that conceit seems a dangerous one, that could lead the President and the rest of the world into misunderstandings and escalation.
At the very least, his behavior is making it tough for other world leaders — who he will need in times of crisis — to stand with him.
In the United Kingdom, America’s closest ally, there was outrage about the Britain First videos that Trump retweeted, and Prime Minister Theresa May, who has struggled to forge a bond with the President despite his deep unpopularity in her country, was left in a tough political spot.
But White House spokeswoman Sarah Sanders effectively said that it did not matter whether the President was spreading genuine videos or not, since he was trying to make a point about the threat of Islamic radicalism.
“Whether it is a real video, the threat is real,” Sanders said.
In the end, the President’s recent unrestrained conduct also leaves the public with serious questions to consider — for instance in his preference on many occasions for conspiracy theories over objective truth.
At some point, he might be forced to come before the world and explain why such a potentially bloody war in Asia is necessary.
But his habit of creating alternative realities and eroding trust could come back to haunt him.