This world authority in psychiatry, consulted by US politicians, argues that the presidents mental fitness deserves scrutiny 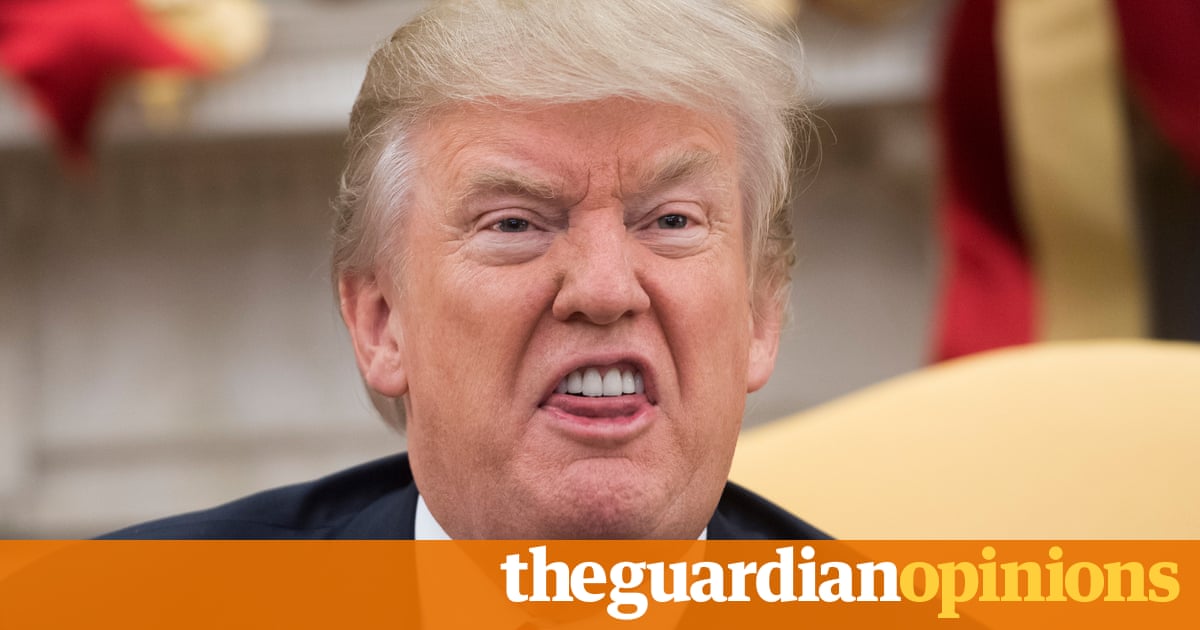 Eight months ago, a group of us put our concerns into a book, The Dangerous Case of Donald Trump: 27 Psychiatrists and Mental Health Experts Assess a President. It became an instant bestseller, depleting bookstores within days. We thus discovered that our endeavours resonated with the public.

While we keep within the letter of the Goldwater rule which prohibits psychiatrists from diagnosing public figures without a personal examination and without consent there is still a lot that mental health professionals can tell before the public reaches awareness. These come from observations of a persons patterns of responses, of media appearances over time, and from reports of those close to him. Indeed, we know far more about Trump in this regard than many, if not most, of our patients. Nevertheless, the personal health of a public figure is her private affair until, that is, it becomes a threat to public health.

To make a diagnosis one needs all the relevant information including, I believe, a personal interview. But to assess dangerousness, one only needs enough information to raise alarms. It is about the situation rather than the person. The same person may not be a danger in a different situation, while a diagnosis stays with the person.

It is Trump in the office of the presidency that poses a danger. Why? Past violence is the best predictor of future violence, and he has shown: verbal aggressiveness, boasting about sexual assaults, inciting violence in others, an attraction to violence and powerful weapons and the continual taunting of a hostile nation with nuclear power. Specific traits that are highly associated with violence include: impulsivity, recklessness, paranoia, a loose grip on reality with a poor understanding of consequences, rage reactions, a lack of empathy, belligerence towards others and a constant need to demonstrate power.

There is another pattern by which he is dangerous. His cognitive function, or his ability to process knowledge and thoughts, has begun to be widely questioned. Many have noted a distinct decline in his outward ability to form complete sentences, to stay with a thought, to use complex words and not to make loose associations. This is dangerous because of the critical importance of decision-making capacity in the office that he holds. Cognitive decline can result from any number of causes psychiatric, neurological, medical, or medication-induced and therefore needs to be investigated. Likewise, we do not know whether psychiatric symptoms are due to a mental disorder, medication, or a physical condition, which only a thorough examination can reveal.

A diagnosis in itself, as much as it helps define the course, prognosis, and treatment, is Trumps private business, but what is our affair is whether the president and commander-in-chief has the capacity to function in his office. Mental illness, or even physical disability, does not necessarily impair a president from performing his function. Rather, questions about this capacity mobilised us to speak out about our concerns, with the intent to warn and to educate the public, so that we can help protect its own safety and wellbeing.

Indeed, at no other time in US history has a group of mental health professionals been so collectively concerned about a sitting presidents dangerousness. This is not because he is an unusual person many of his symptoms are very common but it is highly unusual to find a person with such signs of danger in the office of presidency. For the US, it may be unprecedented; for parts of the world where this has happened before, the outcome has been uniformly devastating.

Pathology does not feel right to the healthy. It repels, but it also exhausts and confuses. There is a reason why staying in close quarters with a person suffering from mental illness usually induces what is called a shared psychosis. Vulnerable or weakened individuals are more likely to succumb, and when their own mental health is compromised, they may develop an irresistible attraction to pathology. No matter the attraction, unlike healthy decisions that are life-affirming, choices that arise out of pathology lead to damage, destruction, and death. This is the definition of disease, and how we tell it apart from health.

Politics require that we allow everyone an equal chance; medicine requires that we treat everyone equally in protecting them from disease. That is why a liberal health professional would not ignore signs of appendicitis in a patient just because he is a Republican. Similarly, health professionals would not call pancreatic cancer something else because it is afflicting the president. When signs of illness become apparent, it is natural for the physician to recommend an examination. But when the disorder goes so far as to affect an individuals ability to perform her function, and in some cases risks harm to the public as a result, then the health professional has a duty to sound the alarm.

The progress of the special counsel Robert Muellers investigations was worrisome to us for the effects it would have on the presidents stability. We predicted that Trump, who has shown marked signs of psychological fragility under ordinary circumstances, barely able to cope with basic criticism or unflattering news, would begin to unravel with the encroaching indictments. And if his mental stability suffered, then so would public safety and international security.