An extreme, all animal-based diet is gaining followers in search of heightened productivity, mental clarity, and a boosted libido. But experts express doubts 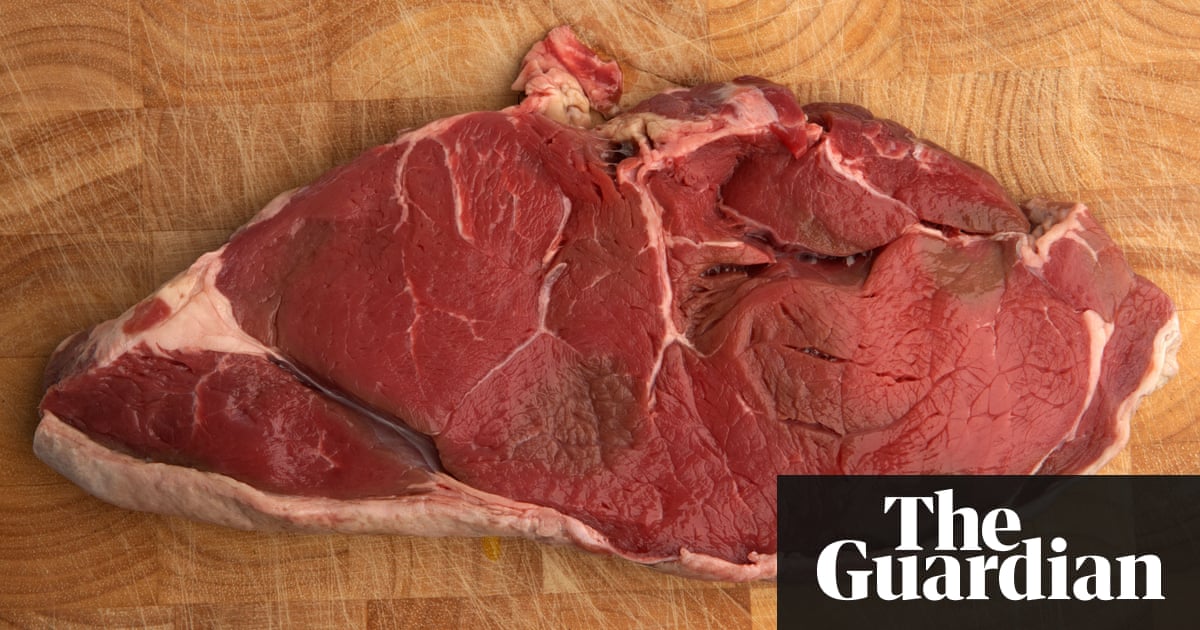 For the past 18 months, Shawn Baker has eaten about 4lb of steak every day.

Ive got two rib-eye steaks waiting for me when I get off this call, said Baker, a trained orthopaedic surgeon, from Orange County, California. It can be monotonous eating the same thing over and over again, but as time goes by you start to crave it.

The 6ft 5in bodybuilder, in his 50s, is one of a growing number of people experimenting with the carnivore diet, a regimen that involves eating only animal products like meat, offal and eggs, and no plant-based foods. Its an extreme version of the low-carb, high-fat ketogenic diet which trains the body to run on fat rather than carbohydrates that has become popular in recent years. Proponents of the diet say it reduces inflammation and blood pressure while increasing libido and mental clarity.

Baker, who is nicknamed the Carnivore King and has amassed a cult following on social media, says the diet is easy because he doesnt have to plan meals or count calories. I just have to think: how hungry am I and how many steaks do I want to eat, he said.

Before becoming a pure carnivore, Baker was also eating salads, spinach, dairy and nuts. Ditching these plant-based foods has been transformative for his body and athletic performance, he says.

My joint pain and tendinitis went away, my sleep became excellent, my skin improved. I no longer had any bloating, cramping or other digestive problems, my libido went back to what it was in my 20s and my blood pressure normalised, he said.

Although most medical practitioners balk at the idea of their patients ditching fruit and vegetables, the all-meat diet has been embraced by a cluster of cryptocurrency entrepreneurs, who describe themselves as bitcoin carnivores, a phenomenon previously reported by Motherboard.

Goldstein, who runs a website dedicated to carnivory called Justmeat.co, eats 2-2.5lb of very rare rib-eye steak each day, at a cost of about $400 a month. He says he never has cravings for pizza, chocolate or vegetables. They dont even register in my brain as food.

He argues that eating only meat has freed up his time to get more work done. Grocery shopping takes all of 10 minutes, most of which is standing in the checkout line. I spend little time thinking about food. I only need to eat once or twice a day (no snacking or cravings). Basically, its the greatest productivity hack, and Silicon Valley should have listened to me about it while I was there.

The ability to focus for long periods has been life transforming, and was the reason that I managed to write a 300-page book, on bitcoin, fittingly enough! he said.

Lily Chien-Davis, a social media specialist at San Francisco-based startup Heads Up Health, says that the enhanced productivity and mental clarity explains why this diet, like intermittent fasting, is popular in Silicon Valley.

She started eating a very low carb diet when her husband was diagnosed with cancer some studies indicate that a ketogenic diet can help the body fight tumours. However, Chien-Davis found that changing her eating habits alleviated her pre-diabetes.