Between the healthcare debate, Trumps attack on transgender rights, and Anthony Scaramuccis colorful comments, everything risks blending together 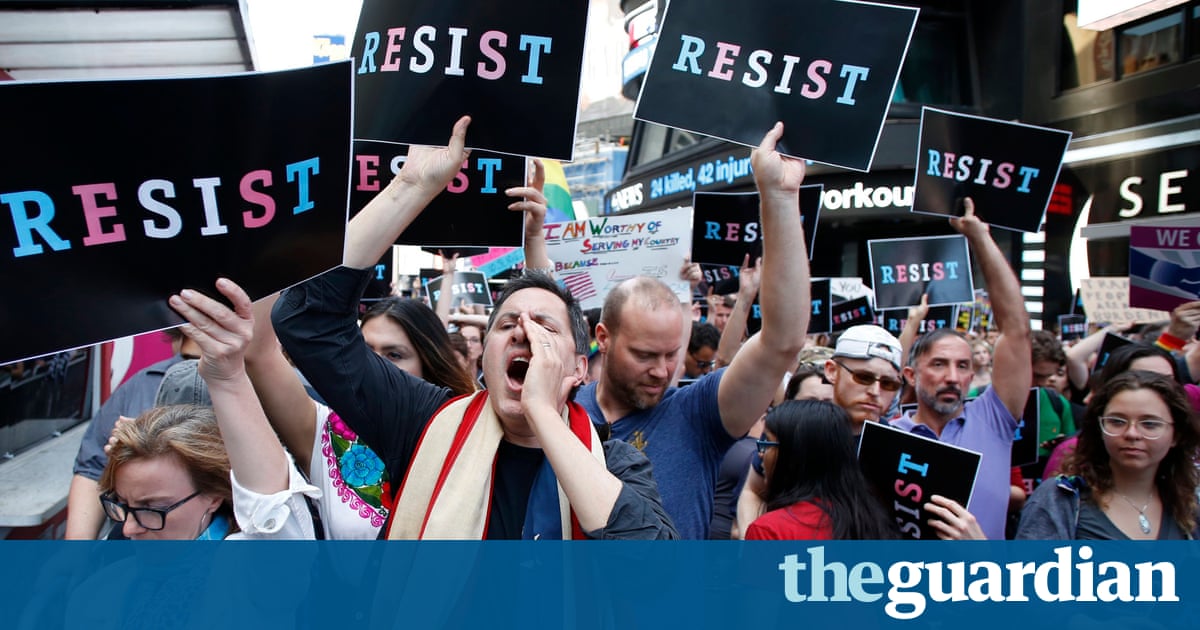 Healthcare and trans rights and Scaramucci, oh my. Will there never be a calm week again? After Trump casually tweeted out that trans people would no longer be allowed to serve in any capacity in the military (tell that to the 15,000 already serving) a rule that cannot be enacted over Twitter and one military leaders seemed to have no idea was coming we were treated to the drama of Anthony Scaramucci fing up his first week on staff and the GOPs scurry to take away healthcare for millions. So, you know, the usual.

Part of the problem with the speed of the news lately is that when everything is horrible and urgent, things start to lose meaning. Everything starts to blend together and feel like just another day of nightmares, just another news story, just another tweet. We cannot forget the individual people this affects the most whether its a healthcare law that will hurt kids who have pre-existing conditions or a military ban on a vulnerable population. These arent just stories or statistics, theyre lives.

Finally, some good news! In the wee hours of Friday morning, the Republican attempt to repeal Obamacare failed, with Senator John McCain dealing the final blow. Though lets be clear, two Republican female senators were onboard the whole time. As the writer Jeff Yang tweeted: Murkowski and Collins are the heroes today. McCain is the guy who signed on at the end of the project, presented it and got all the credit.

Ryan Lizza at the New Yorker with some Anthony Scaramucci quotes you wont soon forget; David M Perry on this countrys history with sterilizing incarcerated people; and Jia Tolentino on the tangible damage done if Planned Parenthood is defunded.

Over at Marie Claire, I weigh in on the horrific trans ban Trump tried to enact over Twitter (because apparently thats how we do things now), and a look at what kind of women Trump surrounds himself with.

How outraged I am

Considering Trumps trips to Mar-a-Lago and Viagra cost more than medical care for trans military members, Im at a nine out of 10. (Not a full 10 only because OF COURSE).

How Im making it through this week

Sign up for Jessica Valentis weekly newsletter on feminism and sexism