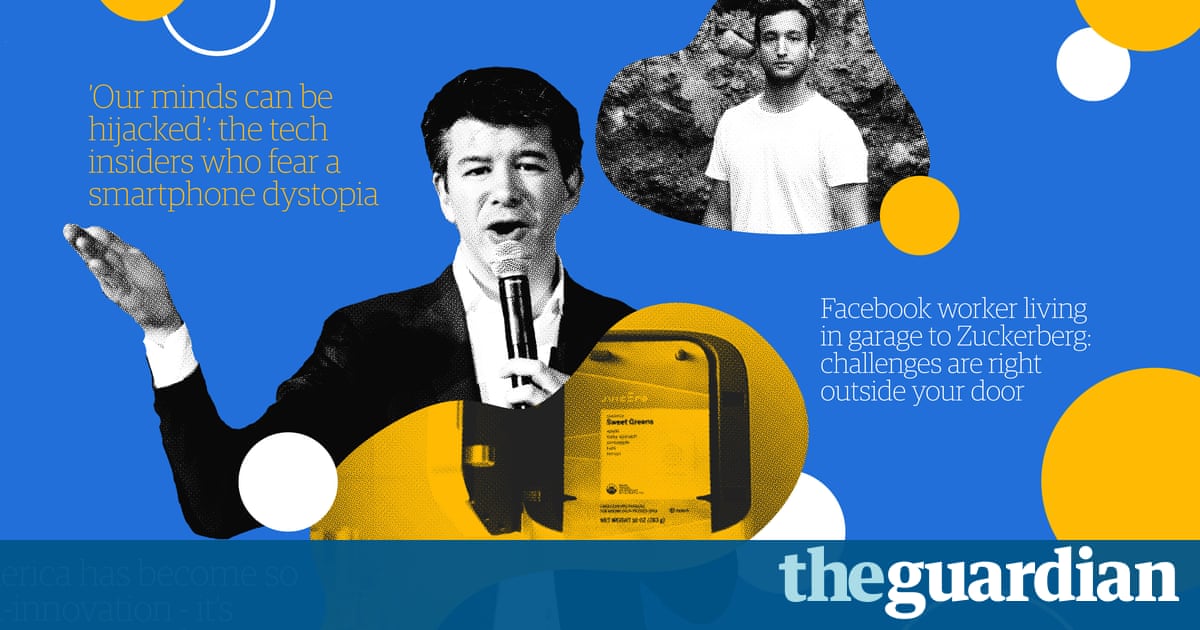 The utopian dream of Silicon Valley is no more 2017 made sure of that. Every month has brought fresh scandal to the titans of the industry, from Russian interference to sexual harassment; from Ubers never-ending woes to YouTubes advertising scandals.

Facebook and Googles coffers may be overflowing, but these companies are being held increasingly responsible for their role in a divided world, where inequality is rising and extreme points of view thrive and are even rewarded online. Here are some of the pieces that captured the mood:

Our minds can be hijacked: the tech insiders who fear a smartphone dystopia

Paul Lewis spent several months tracking down and interviewing the designers and thinkers who were at the forefront of the smartphone and social media revolution, and found many of them now regret their involvement in these hyper-addictive technologies. The resulting piece expertly questioned the role the attention economy is playing in undermining democracy itself.

If the people who built these technologies are taking such radical steps to wean themselves free, can the rest of us reasonably be expected to exercise our free will?

Not according to Tristan Harris, a 33-year-old former Google employee turned vocal critic of the tech industry. All of us are jacked into this system, he says. All of our minds can be hijacked. Our choices are not as free as we think they are.

Harris, who has been branded the closest thing Silicon Valley has to a conscience, insists that billions of people have little choice over whether they use these now ubiquitous technologies, and are largely unaware of the invisible ways in which a small number of people in Silicon Valley are shaping their lives.