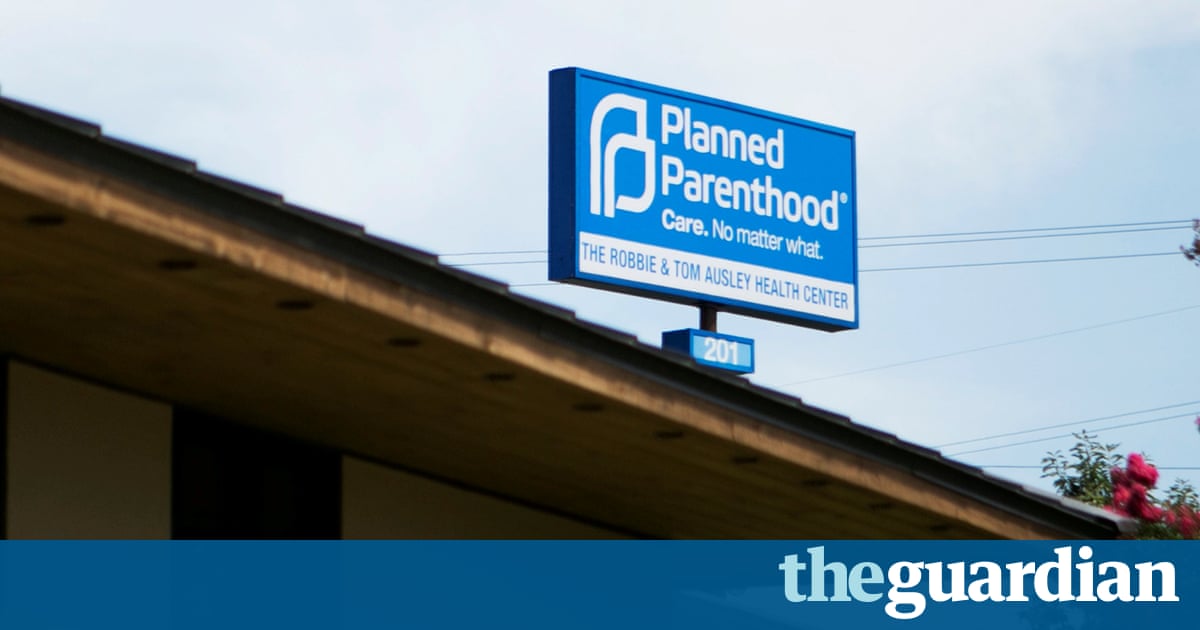 Texas will ask the Trump administration to green-light the states unprecedented efforts to defund Planned Parenthood, according to documents seen by the Guardian.

The request could pave the way for dozens of other states to adopt the same aggressive tactics to defund the nations largest reproductive healthcare provider.

Under the Obama administration, Texas lost millions in federal family planning funds as a consequence of its unlawful efforts to block Planned Parenthood from participating in Medicaid.

In the aftermath, Texas created a state-funded family planning program which critics say failed to adequately replace the services of Planned Parenthood.

Now, in a letter obtained by the Guardian, Texas officials ask the US health department to fund its state program the same one the state created after it defied federal laws that prohibit defunding Planned Parenthood.

In its letter, which is expected to be sent to the Trump administration as early as this week, Texas makes no indication that the state plans to comply with those laws and reinstate Planned Parenthoods funding.

Were all terrified, said Elizabeth Nash, senior state issue manager at the Guttmacher Institute, a think tank that supports abortion rights. This is really huge, if they let Texas do this.

A half dozen other states have attempted to exclude Planned Parenthood from their Medicaid programs. But only Texas, by giving up millions in such funding, has been successful.

If the Trump administration was to reinstate Texass funding, it would signal that other states could follow suit without suffering a financial hit.

It would let all of these states start kicking Planned Parenthood out of Medicaid, Nash said. And Medicaid is by far the largest form of public funding for family planning.

A report commissioned by the state of Texas found that its state-funded womens health program served 30,000 fewer women than the old program. An independent study concluded that reimbursement claims for the most effective forms of contraception dropped by more than 30% after it defunded Planned Parenthood.

The cuts also forced several Planned Parenthood clinics to close, leaving patients to find another provider. I hate to say it, a community health provider in Midland recently told the Guardian, but I think an awful lot of women just opted to go without care.

But the state appears firmly committed to making its request official: an appropriations bill just introduced in the state Senate projects that the state will receive $90m in federal funds annually in fiscal years 2018 and 2019.

Texas has gone to greater lengths than any other state in its quest to defund Planned Parenthood.

In years prior, the state received roughly $30m a year to reimburse providers that offered no-cost contraception, cancer screenings, STI tests and treatment and well woman exams to low-income women.

By federal law, abortion services were not eligible for reimbursement. But in 2011, Texas lawmakers who opposed Planned Parenthoods role as an abortion provider nevertheless voted to cut off its access to Medicaid funds for family planning.

The vote placed Texas in violation of a federal law that gives Medicaid enrollees the right to visit any qualified healthcare provider. Courts have said this means that states cannot exclude a provider just because it provides abortions. Texas was thus ineligible to receive any more federal Medicaid family planning funds funds that accounted for 90% of state spending on family planning.

But instead of backing down, the state announced that it would provide 100% of the funding for a new womens health program, one with rules that excluded all abortion providers.

Now Texas is seeking for the federal government to restore its Medicaid family planning funding without having reinstated Planned Parenthoods participation in the program.

This shell game theyre playing has enormous implications, said Dr George Benjamin, president of the American Public Health Association. And while theyre focused on abortion providers today, if the Trump administration approves this, some other state can come along and object to any other type of provider for ideological reasons.

We know public health has deteriorated in Texas. We know fewer women are getting care, said Dr. Benjamin. They clearly didnt get the performance that they got when Planned Parenthood was part of the program.

Texas maintains that its state-funded replacement, which was consolidated with another health program and renamed Healthy Texas Women, provides low-income women with a robust safety net. In its letter to request federal funding, the state makes no mention of the controversial origins of the program or potential conflict with federal law. Instead, it says provider participation has more than doubled.

The letter asks for federal participation in the states womens health program as soon as possible. The request is addressed to the federal Centers for Medicare & Medicaid Services, the division of the health department that stripped Texas of its Medicaid funding in 2012.

Without the federal funding, the Senate budget bill states, reductions to program funding or service levels are a possibility.

The state would request the funding via a Medicaid waiver, a measure intended to help states experiment with delivering better healthcare to Medicaid recipients. Final authority rests within the agency run by Tom Price, a longtime advocate of defunding Planned Parenthood.

It would be immensely troubling if this administration used their authority to grant this waiver, when these waivers are meant to actually expand access to healthcare, said Adam Sonfield, executive policy manager at Guttmacher.

Planned Parenthood and its allies would likely launch a legal challenge if the health department reinstated federal funds for Texas program.

But there are signs the Trump administration may be willing to grant Texas its waiver.

Supporters of defunding Planned Parenthood argue that the nations community health centers can provide the same services without the moral compromise that occurs when then government hands money over to an abortion provider.

But the evidence for their assertion is dubious, at best. As of 2010, in 67% of counties with a Planned Parenthood clinic, the organisation served at least half of women obtaining contraception through the public safety net. In 103 counties, Planned Parenthood is the only safety net provider for family planning.

In regions where targeted cuts have forced Planned Parenthood clinics to close, county health officials report that they have struggled to replace its services.

One of the best examples may be Texas.

Texass experience illuminates what may happen on a larger scale, Joseph Potter, a UT Austin researcher, said. His study found lower rates of contraception use and higher rates of unplanned pregnancy in regions of Texas where Planned Parenthood was suddenly slashed out of the safety net.

These results contradict the claim that Planned Parenthood could be removed from a statewide program with little or no consequence, the study warned. [They] should be cautionary to states considering similar measures.