Sadly, history tells us they will be 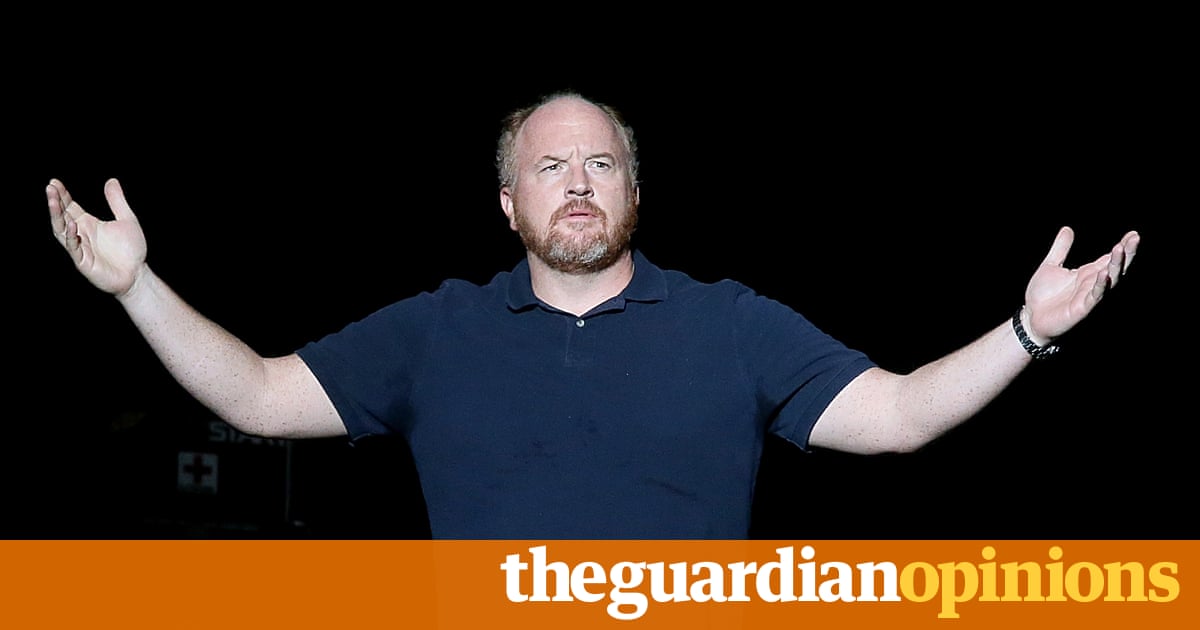 Its 2027 and there is the usual kerfuffle about the Oscars. Everyone is talking about the movie starring Casey Affleck and Louis CK as two older guys on a road trip revisiting their relationships with the women in their lives. Critics have praised the films meta-narrative and the honest performances of these two troubled men. It has even been called a brave and necessary exploration of masculinity at its most fragile. Backing the film is Harvey Weinstein, now back in the community, barely recognisable since his weight loss and living with his new wife and baby. He is rarely seen in public but is known to be working full time for gun control in America …

This sounds unlikely, doesnt it? Surely there is Hollywood pre-Weinstein and Hollywood postWeinstein? The sexual harassment and rape allegations are becoming more and more serious and that means that everyone has to draw a line. So many powerful men are falling like skittles after multiple allegations, something is really changing, right? Not just in Hollywood, but everywhere. The abuse of women makes you persona non grata, doesnt it? Well, no.

Women are speaking up all over the world, but the culture seeks to contain this with a business-as-usual approach. Thus we can switch on the Graham Norton show and watch him make telling jokes about Kevin Spacey while having Johnny Depp as an honoured guest. Depp was accused of domestic abuse by his ex-wife, who appeared with bruises on her face. He still sells perfume.

Meanwhile, in the House of Commons, Charlie Elphicke, although suspended and with the police investigating serious allegations against him, pops up at PMQs. And now its time for Mel Gibson to do his publicity tour for Daddys Home 2, a movie in which he is a badass grandfather who makes jokes about dead prostitutes. Gibson, of course, who was so well rewarded for Hacksaw Ridge last year at the Oscars, seems to be on a full redemption trip, which means that although his roles reference his bad behaviour, he has been brought back into the inner circle.

What was his bad behaviour? How long have you got? Here is a flavour: in 2012, his 78-year-old stepmother took out a restraining order against him as she feared his violent rages. When arrested for drunk driving in 2006, he asked if the arresting officer was Jewish, saying: Jews are responsible for all the wars in the world. He told his exgirlfriend, who accused him of punching her in the face and knocking her teeth out: You fucking deserved it. He threatened to burn her house down and screamed: Ill put you in a fucking rose garden, you cunt. He screamed at her for the way she dressed, using the N word to refer to the people he said would rape her. And so on. All of this is on tape.

But clearly Gibson is such a colossus of our artistic culture that all this is somehow forgivable. In the name of our Lord Jesus: the box office. The thing, then, is to ask not what Roman Polanksi got away with in the past, but what certain men are getting away with now. This is the context into which the non-apologies drop. Weinstein didnt even bother to craft anything that made sense. Spacey has been thoroughly reviled for linking a possible sexual assault on a child to coming out. Louis CK has said all sorts of things, but sorry is not one of them. Weinstein, remember, begged for a second chance when he knew he was to be fired: Allow me to resurrect myself with a second chance. This is a man who stands accused of harassing women for decades. Louis CKs apology is cleverly written. He never showed a woman his penis without asking first. Wow, give him a prize!

The poor women were put in this situation because of the power he had over them. And what is the nature of that power? Social? Economic? No. The power I had over these women is that they admired me. Really? So their admiration meant they wanted him to masturbate in front of them? He still doesnt get it and yet he, and all these guys, live not just on second chances, but myriad chances. Forgive me just this once. Indulge me just this once. Similarly, cycles of domestic abuse inevitably involve lavish apologies and promises and women forgiving their abuser just one last time.

This may be why I am suspicious that as female anger grows and we begin to join the dots, a narrative of forgiveness creeps in. Actor Bryan Cranston talked about this issue in a recent interview, saying that such men could launch comebacks if time passes, society forgives them and they show tremendous contrition. As more and more names circulate, we are not at that point though, are we?

Actually, the problem is not that we do not forgive men who abuse women but that we forgive them far too easily. I acknowledge that sometimes allegations can ruin a mans life, but more often than not, harassment is a crime without consequences. We are in a moment of retribution and many find that deeply unsettling. The alternative is to forgive and forget or to pretend it is not happening. This is what business as usual means: continuing to work with, and indeed, laud known abusers. When will it stop?