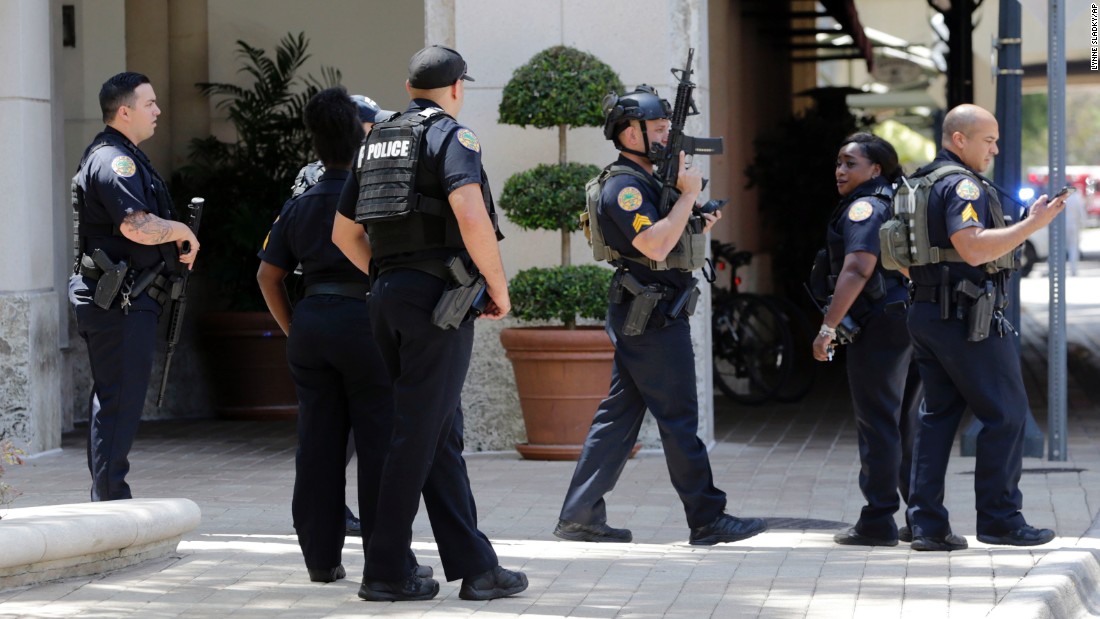 The shootings at the Equinox Fitness Club at the upscale Shops at Merrick Park mall in Coral Gables passed after an debate between Abeku Wilson, the former employee, and Janine Ackerman, the general manager, police said.
Wilson was fired from the club on Saturday and escorted off the property. He subsequently returned with a handgun, killing Ackerman, 35, and fitness manager Marios Hortis, 42. Another victim was critically wounded, police said.