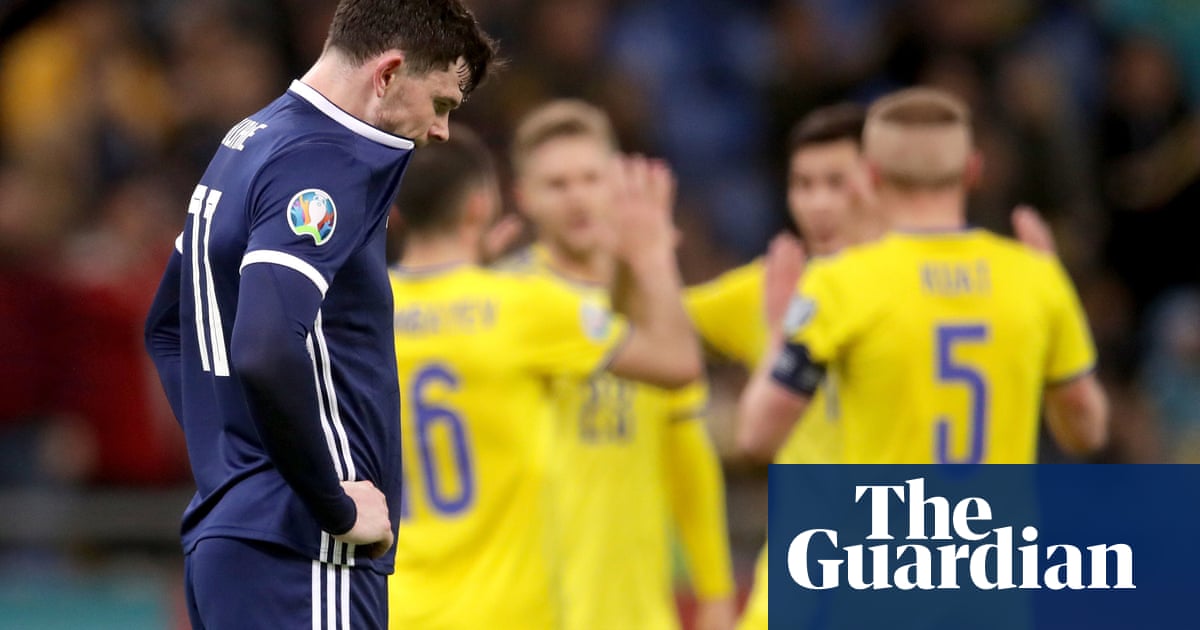 Scotland suffered one of their most embarrassing defeats as two goals in the opening 10 minutes sent them on their way to defeat by Kazakhstan in Astana.

A top-two finish in their European Championship qualifying group already looks a slim chance after an opening defeat by a team ranked 117th in the world. Kazakhstan had won only three of their previous 40 competitive matches against Andorra, Latvia and the Faroe Islands.

The opening two goals were particularly painful for the Aberdeen midfielder Graeme Shinnie, who was standing in at left-back after Kieran Tierney and Andy Robertson lost fitness battles.

Shinnie, who played left-back earlier in his career, allowed both Yuriy Pertsukh and Yan Vorogovskiy to get in behind him to score.

Alex McLeishs team, who started with Oli McBurnie up front with Oliver Burke and James Forrest either side, had not registered a shot on target by then and they limped to defeat after having a couple of efforts saved just before the hour mark.

While 27,000 home fans celebrated a memorable Kazakh New Year holiday, around 600 Scotland supporters watched in disbelief after travelling around 4,000 miles.

Things looked as if they were starting well enough in the Astana Arena, which had its roof closed for the occasion, as Scotland enjoyed good early possession on the artificial turf. But they were caught out by a ball over the top in the sixth minute as Michal Bilek enjoyed the perfect start to his reign as Kazakhstans head coach.

Shinnie let Pertsukh run off him in an apparent bid to play offside but his two-centre-backs were behind him and the midfielder took Alexander Merkels pass down and lashed it into the roof of the net.

The hosts doubled their lead when Islambek Kuat played a pass inside Shinnie and Vorogovskiy slid in to finish from close range.