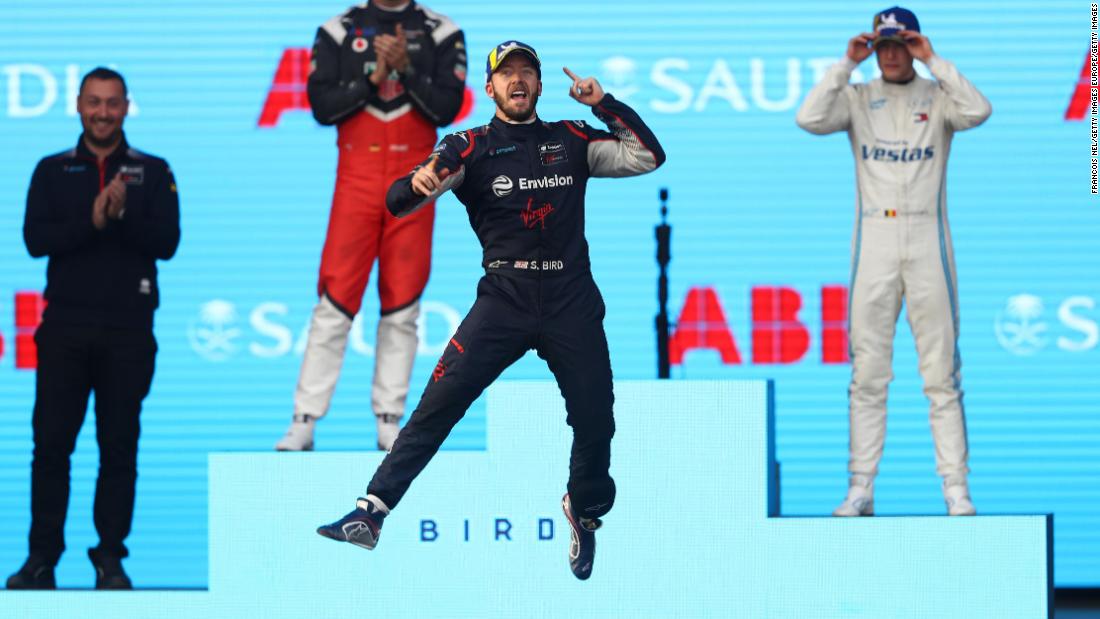 (CNN)Since its inaugural season in 2014, Formula E has undergone a multitude of changes, from technology to personnel.

Envision Virgin Racing’s Sam Bird flew to victory in the Ad Diriyah ePrix in Diriyah, Saudi Arabia to become the first driver to win a race in every Formula E season.
After starting the race in fifth position, he carefully picked his way through the expanded 24-driver grid, making use of the ‘Attack Mode’ technology to claim the lead with just 10 minutes remaining.
A crash involving Audi driver Daniel Abt prompted the safety car’s deployment with six minutes remaining, but the British driver held on to claim his ninth ePrix victory on the fifth anniversary of Bird’s maiden Formula E win.
In the first of a double header on the 2.495 kilometer, 21-turn Riyadh Street Circuit, Bird finished ahead of André Lotterer, with Mercedes driver Stoffel Vandoorne in third.
“The team did an amazing job in the off-season — it is an amazing car,” Bird said on the podium after his victory.
“Last year was difficult and I went through a bit of a transformation. A lot of thinking and mental stuff — I’m fitter than ever before and had massive weight loss. The team have learned a lot as well.”
READ: Formula E: Mercedes are coming … Should the world’s most unpredictable racing series be worried? 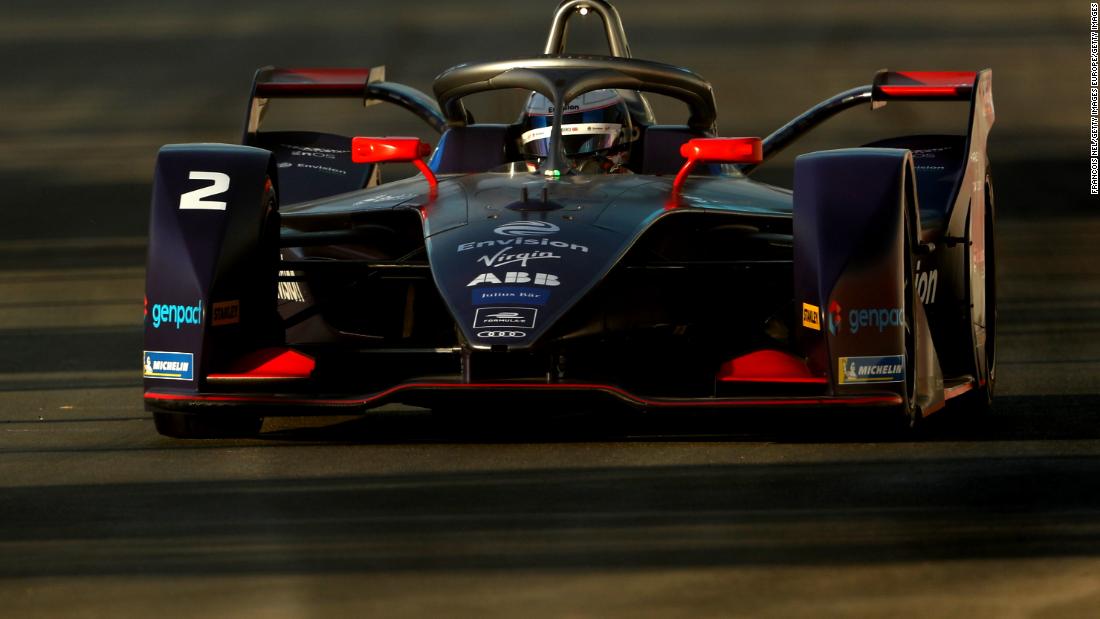 The first race of the 2019-20 season saw the sport debut a number of new innovations and teams.
Drivers can collect an extra 35 kilowatts of power for a few laps through ‘Attack Mode,’ which is switched on by driving though an activation zone.
The “Fanboost” bonus also allows fans to vote for the five drivers they want to receive a five-second burst of power during the second half of the race.
Two teams made their debuts in Formula E in Diriyah, with German manufacturers Porsche and Mercedes joining the all-electric format of racing.
That meant for the first time ever, Germany’s ‘Big Four’ manufactures — Mercedes, Porsche, BMW and Audi — have cars racing in the same single-seater championship.
Both Porsche and Mercedes had promising starts to life in Formula E.
Porsche driver Lotterer finished 1.319 seconds behind Bird after starting the race in seventh position, while Mercedes’ Vandoorne was just three hundredths of a second behind Lotterer.
In contrast, for reigning champion Jean-Eric Vergne, it provided a frustrating day.
Visit CNN.com/sport for more news, features, and videos
The Frenchman, who has won the last two Formula E titles, had to retire early on following damage to the front wheel of his car.
BMW’s Alexander Sims started on pole but ended up finishing eighth.
The drivers will race once again on Saturday, to complete a double header to kick off the new season.