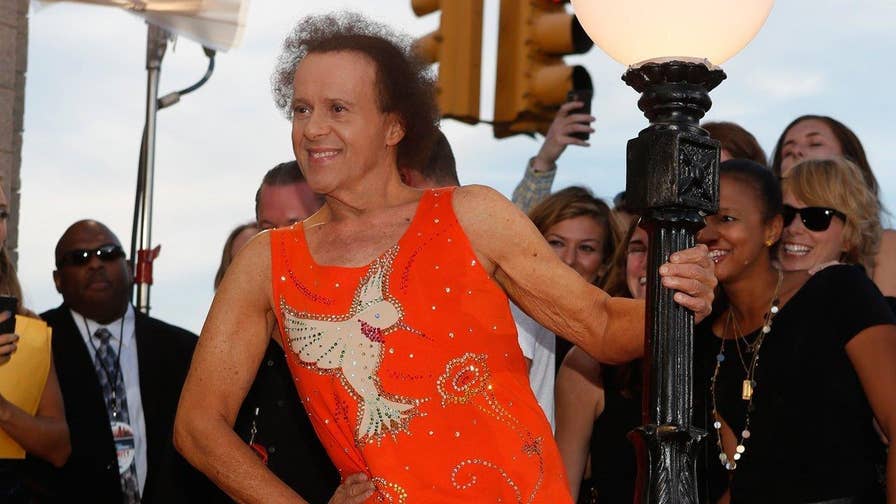 Fox 411: Fitness guru says he was dehydrated, urges all to drink plenty of liquids

The elusive TV personality is celebrating a milestone birthday on Thursday in the comfort of his own home, ET has learned.

As Simmons celebrates turning 70, a friend of the fitness guru exclusively tells ET, “He’s doing very well. He’s his jovial self. He spends most of his time at home and in his yard.”

The friend also offers ET an update as to what Simmons has been up to this year. “He keeps up with his reading and does what he wants to do. He deserves this time to himself,” the friend notes. “Seventy years is a milestone but he doesn’t look at it that way.”

While Simmons may be staying out of the public eye, the friend assures ET, “He’s always in touch with his family and close friends.”

Concern and speculation surrounding Simmons has swirled in the past few years as he has not been seen in public in more than four years. In April 2017, he was hospitalized for “severe indigestion,” taking to Facebook after the incident to reassure his fans of his good health.

“By now you know that I’m not ‘missing,’ just a little under the weather,” he wrote at the time. “I’m sure I will be feeling good and back home in a couple of days.”

Several days later, he posted again to Facebook, thanking the police and medical professionals for their help in the incident.

Simmons last posted on social media in May to honor the passing of his close friend, Gerry Sinclair.

RICHARD SIMMONS TAKES TO FACEBOOK TO THANK HOSPITAL AND POLICE

“You always held a special place in my life, Gerry. I am so glad I got to share so many dances with you. Slimmons wouldn’t have been Slimmons without you,” he wrote. “Thank you for being a part of my life. I know you’re dancing, and laughing, with the angels now.”