Women would bear the brunt of the bills funding cuts and weaker regulations, says policy analyst, with access to reproductive healthcare particularly affected 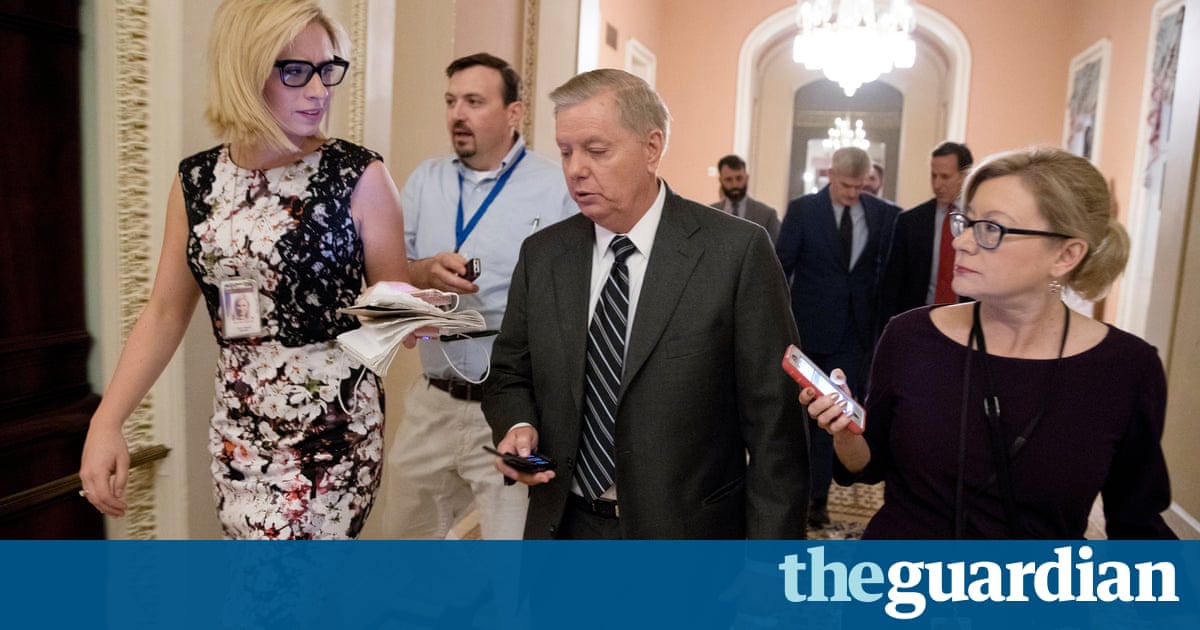 A new Republican attempt to reform the American healthcare system would have a disproportionate impact on women, experts have warned.

Republicans have pitched changes to the American health system which focus on flexibility for states to opt in or out of the coverage they believe they need.

The Graham-Cassidy bill is an assault on healthcare, period. But I really think women, particularly poor women, are bearing the brunt of this, said Jessica Schubel, a senior policy analyst at the progressive Center on Budget and Policy Priorities.

At the heart of the bill brought forward by the Republican senators Lindsey Graham and Bill Cassidy is a proposal to change how the federal government pays for health programs, handing over more control to states through finite budgets called block grants. States stand to lose up to $4tn over 20 years, the Washington DC-based consulting firm Avalere health estimated.

Republicans have repeatedly attempted to undo the Affordable Care Act (ACA), better known as Obamacare, as part of a push to fulfill seven years of campaign promises and undermine a signature achievement of the Obama administration that provided health insurance to an estimated 20 million Americans.

Nevertheless, despite controlling both houses of Congress and the White House, Republicans have repeatedly failed to do so. Republicans hope to push this latest bill through the Senate within a week.

One of the most concerning provisions in the Graham-Cassidy bill, advocates said, was a push to defund the reproductive health provider Planned Parenthood.

The not-for-profit organization provides abortion services, which is why Republicans want to defund it. However, it also provides cancer screenings, sexually transmitted infection tests and contraceptive services at 650 clinics across the country. Planned Parenthood is already barred from using federal funds to provide abortion.

The biggest issue is defunding of Planned Parenthood, said Schubel. In some areas, theyre the only game in town so to speak thats affordable for low-income women.

The bill would make Planned Parenthood ineligible for Medicaid funding, which pays for the care of many of the poor women who use the clinics.

In Texas, after Planned Parenthood was defunded, teen birth rates surged and up to thousands of women faced gaps in health coverage. Earlier this year, a public health expert told the Guardian: I hate to say it, but I think an awful lot of women just opted to go without care.

More negative impacts from Graham-Cassidy are dictated by simple demographics. Most people in America get insurance through their job, but many women receive benefits through their husbands employer.

That means if women are widowed or divorced, they are at a greater risk of becoming uninsured. This risk would be even greater under the Graham-Cassidy bill, simply because of funding cuts. There would be fewer subsidies for private health insurance plans, and less money for Medicaid, a government health insurance program for the poor and disabled.

Further, proposed cuts to Medicaid could affect millions of pregnant women and elderly women who rely on the program. Almost half of all births in the United States are paid for by Medicaid, and four of five nursing home residents older than 85 are women, largely supported by Medicaid.

The Graham-Cassidy bill would also allow states to opt out of certain insurance regulations, such as a requirement that insurance companies offer maternity benefits. In that case, the annual cost to buy such coverage could be $17,000, the Congressional Budget Office has estimated in its appraisal of earlier Republican efforts to reshape health care.

The whole thing is egregious, said Katie Martin, vice-president of health policy and programs at the National Partnership for Women and Families. She called the bill an absolute disaster for women and families who rely on affordable healthcare to thrive in society.