Oprah Winfrey has notched another milestone.

The media mogul’s fortune hit a record $4 billion on Monday to make her the first black female entrepreneur on the Bloomberg Billionaires Index, a ranking of the world’s 500 richest people. She’s at 494, just behind Mark Cuban and Ross Perot. 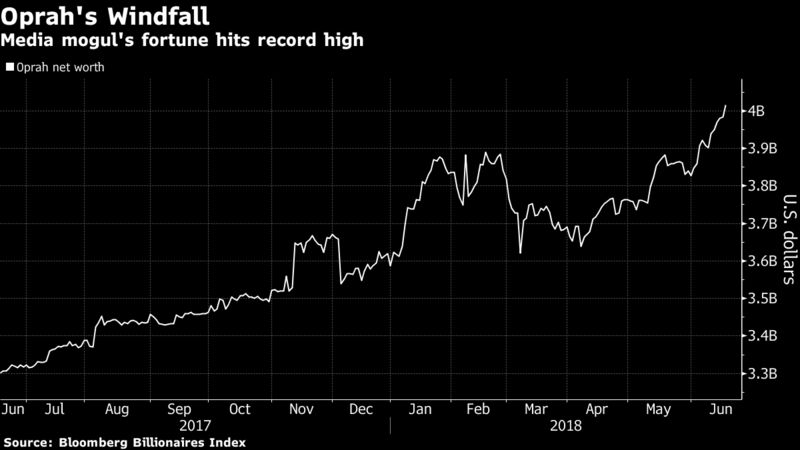 Winfrey, 64, can largely thank the performance of Weight Watchers International Inc. for this latest marker. Her fortune has increased $427 million so far this year as the company’s share price has more than doubled. The weight-loss firm has mounted a comeback since 2015, when she bought a stake and agreed to pitch the brand.

The bulk of her fortune comes from ownership of the Oprah Winfrey Show, which had a 25-year run. The founder of her own cable network, Winfrey just announced a partnership with Apple Inc. to produce original programs and content.

Her inclusion brings the total number of women on the list to 65 and the number of female entrepreneurs to six.