Hogger joggers and mamils arent the only ones hurling us into the path of danger. Theres a bigger and more normalised culprit on our streets 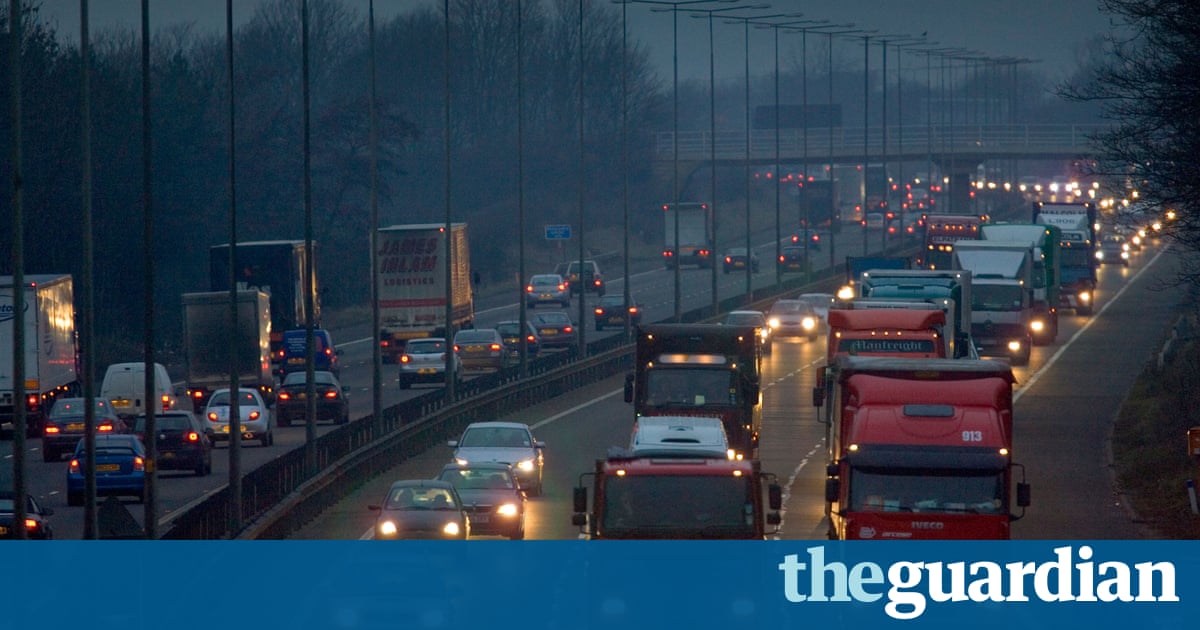 There is you may have noticed a certain sort of middle-class, middle-aged man who decides hes going to burn off the angst of advancing age through aggressive exercise. Hes going to do marathons and triathlons and so on; hes going to muscle his way out of mortality.

Now, exercise is normally considered a healthy way of relieving stress and dealing with internal issues. However, some of these midlife fitness fanatics rage against the dying of the light just a little too hard and their rage runneth over. A recent well-publicised incident in London was perhaps an example of that. On Thursday, the Metropolitan police arrested a middle-aged man in Chelsea as part of an investigation into an incident in which a jogger appeared to knock a female pedestrian into the path of an oncoming bus.

Admittedly, this would be a rather extreme example of middle-age runner rage. But, looking at the coverage it caused, one could be forgiven for thinking that it was symptomatic of a far greater problem. Namely, the scourge of egregious exercisers on city streets. Indeed, the past few days have seen non-stop huffing and puffing about how hogger joggers and Lycra louts are a blight on Britain. And despite the fact that no bikes were involved in the Putney bridge incident, some commentators have managed to spin the event into a denouncement of all things bike-related. On Friday, for example, Jan Moir at the Daily Mail went on a tirade about how cyclists are the worst, particularly the middle-aged male cyclist.

There is a technical term for this sort of cyclist: a middle-age man in Lycra or a Mamil. The existence of the curious Mamil was first discovered in 2010 by the market research company Mintel. The Mamil has proliferated ever since; the word was added to OxfordDictionaries.com in 2014. A single hectare of affluent urban jungle may contain several microspecies of Mamil, each with its own subtle quirks. According to the Telegraph, for example, a trusted source in such matters, were now seeing the rise of the muddy Mamil as more middle-aged men take up mountain biking. Experts have hypothesised that the expensive nature of mountain biking is the reason why it is increasingly becoming a sport for the older man. Millennials, of course, squander their money on avocados a decent mountain bike is as unattainable a dream as a mortgage.

The Mamil is often the subject of light mockery; the term midlife crisis is often bandied around. However, according to a recent study by the University of East London, dressing up in high-performance spandex isnt just a slightly more expensive version of a kid pretending to be Superman. Rather, the research found: Mamils arent cycling primarily to relive their youth or prove they can still compete against other men. Instead, their motivations are … tied to the desire for good mental as well as physical health.

Which all sounds well and good, except for the fact as Moir reminds us that Mamils can be hazardous to everyone elses health. In fact, anyone attempting to do some exercise is an automatic danger to society. Ladies who lunge; tykes on bikes; schoolkids on scooters; yoga bros; weekend warriors our streets teem with an entire ecosystem of fiendish fitness fanatics. And, I hate to say this, but to some degree Moir has a point. Take, for example, the menacing Marsupeal: Middle-Aged Rich Suburban Parents Exercising Avec Luxury Stroller. OK, so as acronyms go, that was sort of a stretch, but you know what I mean: pushy parents who strap their newborn into a race-car-buggy hybrid and then go sprinting down the street using their high-speed stroller like a battering ram. If you see a Marsupeal charging at you, its best to cross the street quickly.

Ultimately, however, cyclists, joggers and parents with posh pushchairs make easy targets. Particularly cyclists; the media loves to hate people on bikes, for some reason. Sure, some behave badly: weve all witnessed cyclists who treat public streets like their personal velodromes. But, you know what? Not all villains wear Lycra. Bad cyclists are nothing compared with all the bad drivers out there. The king of the urban jungle, the most dangerous thing on our streets, is the car. Yet we seem to take hostile driving as part and parcel of city life. According to the Department for Transport, there were 1,810 road deaths in the UK in the year ending September 2016; most of these were caused by cars. And, last year, it was reported that the number of drunk drivers involved in road accidents had increased for the first time in a decade. Then there are all the secondary ways in which cars are killing us. Air pollution plays a role in almost 30,000 deaths each year in the UK; the World Health Organization has called it a global health emergency. Cars are responsible for emitting significant amounts of these toxins.

So, perhaps we ought to give the men in tights a break. There are some dangerous Mamils out there, granted. But if more people avoided cars and strapped on their running shoes or jumped on a bike, the streets would be a lot safer for all of us.