On Mueller, the presidents hand-picked attorney general has had his say. On everything else, Democrats in Congress know they can still have theirs 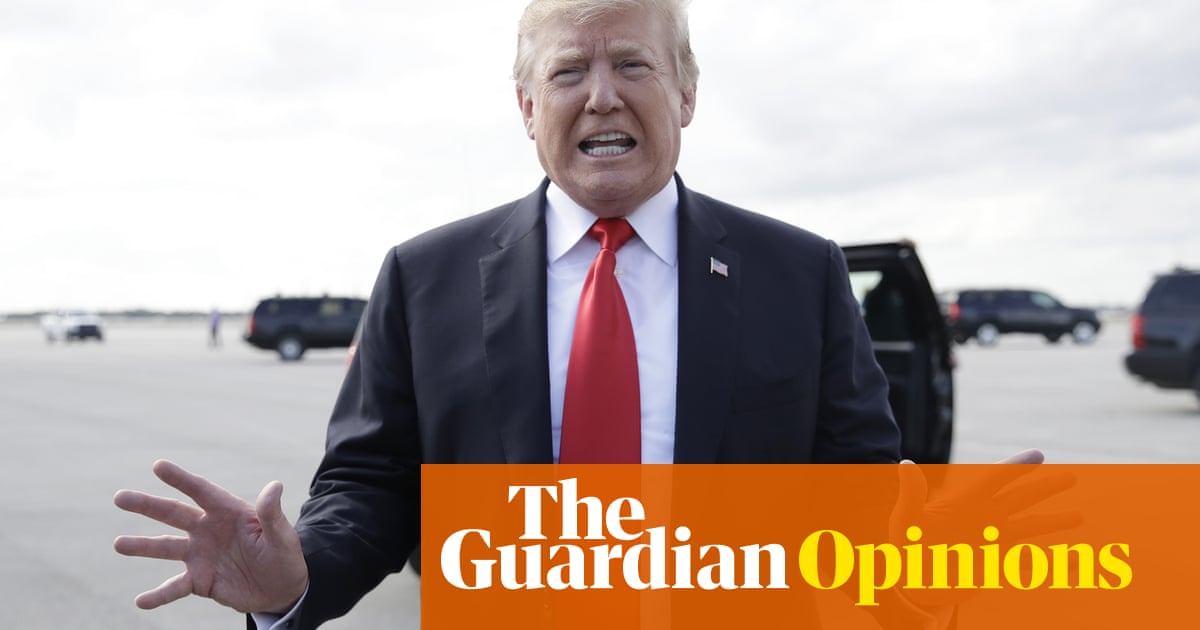 Suspend your disbelief for a second.

Assume that the Trump administration which lies so easily and so often on matters big and small can tell the truth about the Mueller investigation. Forget the cover-up about separating families at the border and jailing children. Pretend it has fully embraced the death toll of more than 3,000 Americans in Puerto Rico after Hurricane Maria. Imagine Trumps inauguration crowds really were exceptionally large.

Lets just give the new attorney general, Bill Barr, the benefit of the doubt, based on his service in the George HW Bush administration if nothing else.

Lets also assume his four-page summary of the special counsels investigation is the very best case he can make on behalf of the man who just hired him.

That case would sink any other leader in any other western country. Any previous president of the United States would need to start lawyering up for impeachment.

As Barr points out, the Mueller report is divided into two.

One part is about Russian interference in the 2016 election, which Trump has repeatedly dismissed as a Democratic excuse for why Hillary Clinton lost.

The second part is about Trumps obstruction of justice in seeking to halt the Russian investigation.

According once again to Trumps own attorney general, making his best possible case for his boss, Mueller declined not to make a traditional prosecutorial judgment about whether Trump committed a crime. So Barr made it for him. Strip away all the legal throat-clearing, and he decides the case is not sufficient.

Quoting Mueller, Barr writes: While this report does not conclude that the president committed a crime, it also does not exonerate him.

Now, you might be wondering why a sitting president would sail so close to the wind that he might just be guilty of obstruction of justice.

Normal people sitting on a jury, or voting in an election, might be curious as to why a president would possibly, maybe, commit a serious crime depending on your reading of the law and Trumps intent to stop an investigation into Russian interference in his own election.

Then again, normal people asked the same questions of Richard Nixon, who infamously demonstrated that the cover-up could be worse than the crimes of Watergate.

It might be too much to imagine this tweet-raging president quitting office under threat of impeachment, as Nixon did. But its not too much to consider the impact of this cover-up on voters in next years elections.

As for the Russia investigation itself, Barr says Mueller writes that the investigation did not establish that members of the Trump campaign conspired or coordinated with the Russian government in its election interference activities.

Case not proven on two counts sounds like the end of a long Democratic dream.

Its actually a blessing.

For starters, Muellers considerations were narrowly drawn and judged but the issues he has surfaced and the investigations he has spawned are far broader.

In short, a president who may or may not be guilty of obstruction of justice doesnt suddenly grow a halo of legal purity while running for president. And he doesnt clean up his act in office, either.

Both Congress and the southern district of New York have a very long way to go.

They might just find out why Trump was so determined even if he didnt commit a crime, in the view of his own attorney general to stop the Russian investigation. Especially if the investigation Trump feared was far more about his business than his election.

Much like last years elections, the Mueller report has done Democrats a huge favor. Winning both the Senate and House would have set up a titanic clash between Congress and the White House, the kind of clash White Houses have often won in time for re-election.

In the same way, a clear and damning Mueller report would have set up a titanic clash over impeachment: a process that would fail in this Republican-controlled Senate, no matter the evidence presented.

There will be many Democrats disappointed Mueller did not scream Guilty! and that impeachment remains on hold. But party leadership, and election veterans, know short-term disappointment offers a long-running advantage.

It means more consideration of corruption and less talk of collusion.

Voters, as well as lawyers, may struggle to define collusion and to prove conspiracies beyond reasonable doubt. Even when a presidential candidate goes on national TV to ask the Russians to hack his opponents emails.

But what voters readily understand is the stench of corruption around a man who promised to drain the swamp. Populism tends to lose its popularity when the populists are more concerned with personal profit than public service.

With a large field of talented candidates running to drive Trump from office, Democrats can look forward to a long and fine discussion of what standards of conduct and character we expect from a president.

With so many legal threads hanging half-pulled from the rags that still cover Donald Trump, the undressing of this president has only reached the end of the first tease.