Being unfit for office is not a crime. It will be up to the American people to absorb and act on that insight 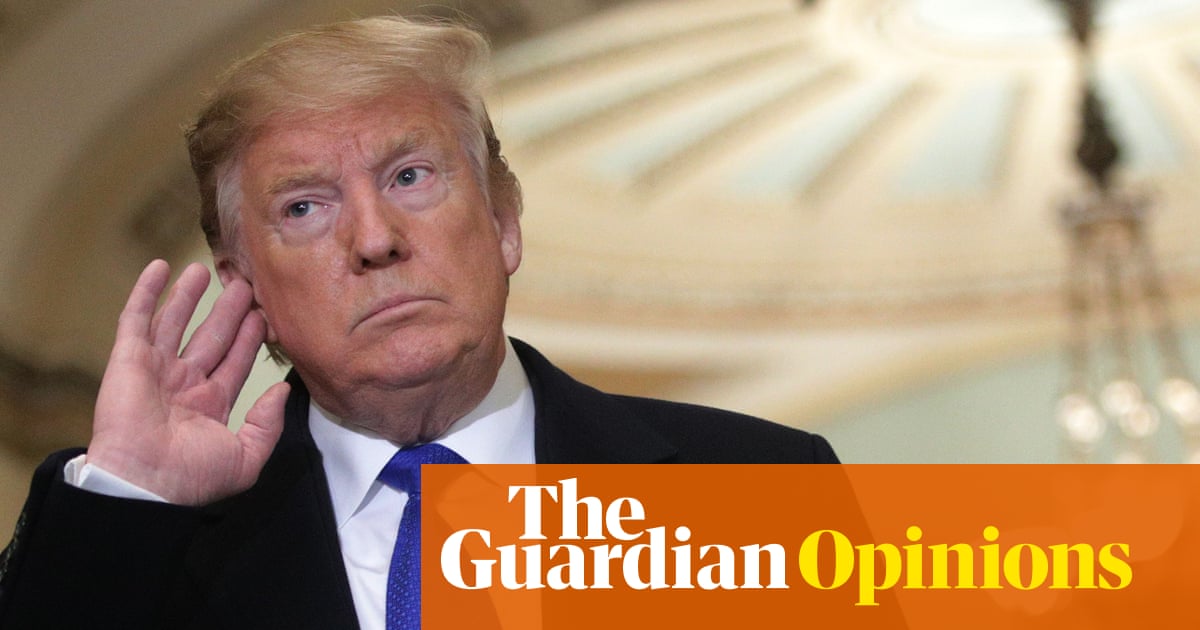 The Mueller investigation has ended, not with a bang but with a whimper. Dispirited are those who looked forward to seeing Donald Trump removed from office first by impeachment and then in leg irons.

True, the investigation was, by many measures, a redoubtable success. It painstakingly documented Russias criminal meddling in our election and led to the conviction of several of the presidents closest advisers and enablers. And it hardly provided the complete and total EXONERATION that the president claimed in a characteristically inaccurate tweet, as the report left open whether the president obstructed justice.

Still, for those who saw special counsel Robert Mueller moving up the chain, closing in on Trump and his family, the report or at least what we know about it must disappoint. Yes, the attorney general William Barrs conclusion that Trump did not obstruct justice warrants closer scrutiny, and certainly we deserve a full release of the findings. But Barrs conclusion that its hard to prove the existence of obstruction when there was no underlying crime to obstruct hardly seems scandalous.

How are we to make sense of the disappointment? I think the answer is that many of us were hoping that the law could deliver us from our contemporary politics, a toxic world shaped but not created by Trump himself. If in Trumps universe, no facts are safe from distortion, the law at least holds out the promise of resting on somewhat firmer terrain. In court, the word felony still has a stable meaning.

And while congressional Republicans might be too craven to place restraints on Trump , not so federal prosecutors and judges. And so we looked to a handful of public servants, dedicated to no value higher than the preservation of the rule of law and the impartial administration of justice, as our saviors.

The Mueller investigation lulled us, then, into hoping that Trumps essential unfitness for office would find objective confirmation by our system of criminal justice. By pinning our hopes on Mueller, we were hoping for legal corroboration of something millions take to be true that an intemperate and unbridled liar, who never ceases to shower contempt on the most basic constitutional norms and practices of democracy, is unfit for the presidency.

The mistake, of course, was to seize on evidence of criminality as the standard by which to measure unfitness for office. For while proof of serious criminal actions may suffice to demonstrate a presidents unfitness, the opposite hardly is true: absence of clear criminality hardly resolves the question of fitness.

The idea that the law could have saved us from what ultimately must be a political judgment was perhaps always naive. The president had already made sure that among his fervent supporters, no member of his justice department or even federal judge of his own picking could be trusted not to be part of the witch-hunt that made the Salem tribunals look even-handed by comparison.

Some may relish the irony of Trump citing a report he claimed tainted to the core as proof of his complete innocence. All the same, trying to score points by demonstrating his lack of consistency is an exercise in futility. And alas, Trumps response to the end of the investigation his announced intention to redouble his efforts to settle scores with his political enemies only underscores the very unfitness that made so many see Mueller as our deliverance.

This is not to say Trump wont one day face his legal comeuppance. Trumps former lawyer has testified that he violated campaign finance law, engaged in an illegal payoff and instructed him, the lawyer, to lie to Congress. Federal prosecutors in New Yorks sixth district continue to investigate whether the Trump Organization engaged in criminal activities such as money laundering on behalf of Russian investors. So Trump is far from in the clear.

But neither is American democracy. We hoped that grave character flaws and egregious misbehavior would manifest themselves in transparent violations of law. Alas being unfit for office is not a crime. It will be up to the American people to absorb and act on that insight.