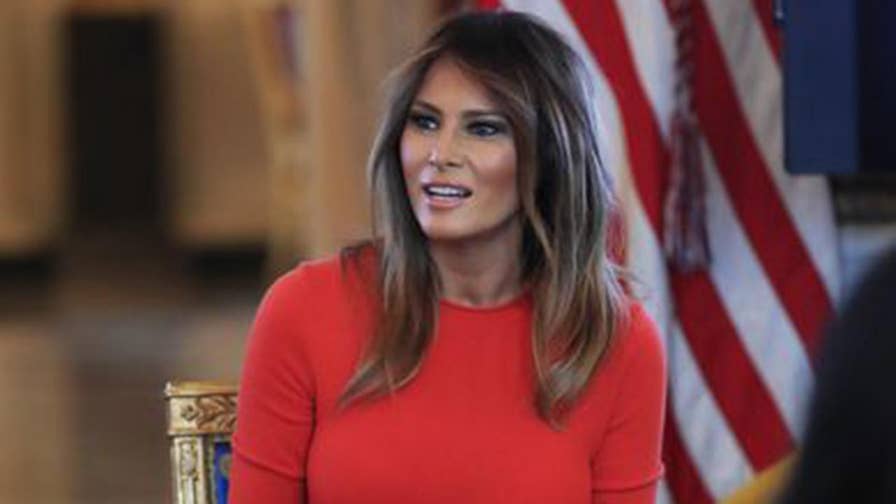 First lady tweets that she is hard at work in the White House.

Melania Trump blasted media outlets Wednesday for drumming up conspiracy theories behind her nearly three weeks out of the public eye.

“I see the media is working overtime speculating where I am & what I’m doing,” Melania tweeted. “Rest assured, I’m here at the White House w my family, feeling great, & working hard on behalf of children & the American people!”

I see the media is working overtime speculating where I am & what I’m doing. Rest assured, I’m here at the @WhiteHouse w my family, feeling great, & working hard on behalf of children & the American people!

The first lady’s tweet was an attempt to tamp down rumors about her whereabouts since her last public appearance, back on on May 10. On that date, she joined President Trump in welcoming three Americans released from a North Korean detention center.

Since then, she has been absent from public events including the Memorial Day wreath-laying at Arlington National Cemetery and Sports and Fitness Day at the White House.

But appearances notwithstanding, the first lady’s spokeswoman, Stephanie Grisham, told Fox News that Mrs. Trump was “involved in several internal meetings with staff all last week” and is “planning events such as the congressional picnic and 4th of July.”

Grisham did not say when the first lady’s next public event would be.