Carolina Reaper appears to have narrowed the arteries in the competitive eaters brain, causing a series of thunderclap headaches 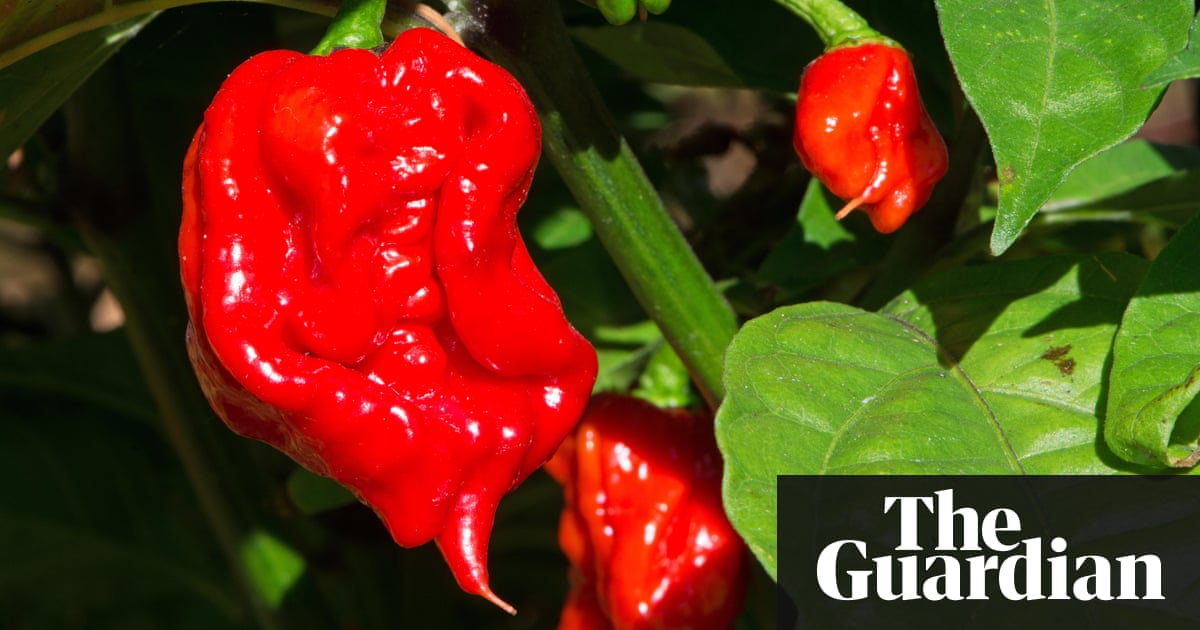 A man who took part in a chilli pepper eating contest ended up with more than he bargained for when he took on the hottest pepper in the world.

After eating a Carolina Reaper pepper, the 34-year-old started dry heaving before developing a pain in his neck that turned into a series of thunderclap headaches: sudden and severe episodes of excruciating pain that peak within a minute.

The Carolina Reaper, which can top 2.2m on the Scoville heat scale, was the worlds hottest pepper at the time of the incident in 2016 although new breeds called Pepper X and Dragons Breath have since reportedly surpassed it.

The details, published in the journal BMJ Case Reports, reveal the pain was so terrible the man went to the emergency room at Bassett Medical Center in Cooperstown, a village in New York State.

[A thunderclap headache] lasts for a few minutes and it might be associated with dry-heaving, nausea, vomiting and then it gets better on its own. But it keeps coming back, said Dr Kulothungan Gunasekaran of the Henry Ford Health System in Detroit, a co-author of the report, adding that thunderclap headaches can be caused by a number of problems including bleeding inside the brain or blood clots.

CT and MRI scans of the mans brain were taken but showed nothing out of the ordinary. Whats more, the man did not report having any speech or vision problems.

But when the medical team tried another type of CT scan designed to look at the blood vessels in the brain, they had a surprise. A number of arteries in the brain had narrowed, and as a result the team decided it was a condition known as reversible cerebral vasoconstriction syndrome (RCVS), which probably caused the thunderclap headache. The diagnosis was backed up by a scan five weeks later showing the arteries had returned to normal. In rare cases, said Gunasekaran, RCVS can cause a stroke.

While such narrowing of the blood vessels can be triggered by certain medications or drugs, the team found nothing of the sort when they screened the mans urine. Instead, they say, it is likely the Carolina Reaper was to blame.

Its not the first time chilli peppers have triggered serious repercussions.

Actually, when we were looking at the literature we found a couple of cases similar to our case, said Gunasekaran.

Weight-loss pills made from another type of chilli pepper are believed to have caused a heart attack in a 25-year-old man by triggering a sudden narrowing of the coronary artery, and a 33-year-old man died from a heart attack after eating a super-hot sauce he had cooked up from homegrown chillies.

In 2016 a 47-year-old man had a brush with death after he tore his oesophagus by retching and straining after eating pureed ghost pepper.