Ivanka acts as if she were her fathers better angel and would have us draw a bright line between Trumps views and her own. But that line is illusory 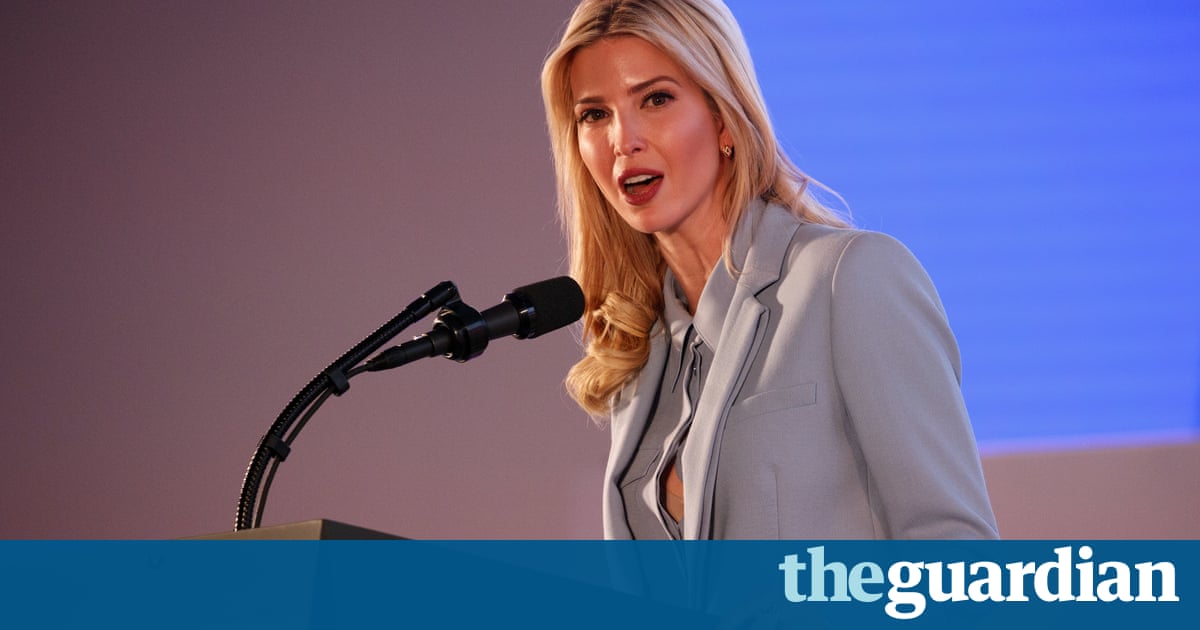 Ivankas paid family leave program in Trumps 2018 budget is the perfect metaphor for her role in the administration: it serves as a fig leaf for his most oppressive policies.

Shes made womens empowerment her signature issue, saying as far back as the Republican National Convention: Policies that allow women with children to thrive should not be novelties, they should be the norm.

But to say the priorities signaled in her fathers blueprint for fiscal spending in 2018 undercut those priorities is an understatement. As Dawn Laguens of Planned Parenthood put it Monday: This is the worst budget for women and womens health in a generation.

Ivanka has positioned herself as her fathers better angel and would have us draw a bright line between Trumps views and her own. But any line there is illusory. We saw this earlier this year, when she published a book expounding on womens empowerment in the workplace as her father vocally defended alleged sexual predator Bill OReilly and quietly rolled back Obama-era protections for women workers. Now, the unveiling of Tuesdays budget offers more of the same.

Trumps first comprehensive budget proposal as president would cut Planned Parenthood out of all federal programs the first time a president has ever attempted such a thing. It calls for $610bn in cuts to Medicaid, the federal health program for the poor on which women disproportionately rely, and would shave $21.6bn from Temporary Assistance for Needy Families, or welfare. That amounts to a 13% cut to the program, which provides temporary financial assistance for pregnant women and families with one or more dependent children.

The budget would also deny a key food support to poor mothers by slicing an estimated $191bn from the Supplemental Nutrition Assistance Program, or food stamps. Women are about twice as likely as men to have received food stamps at some point in their lives, and minority women, who are more likely to be poor, even more so.

It would also trim funding for The Special Supplemental Nutrition Program for Women, Infants and Children (WIC), which gives poor moms money for baby essentials.

Hes literally taking baby formula out of the mouths of infants while claiming that hes pro-family so I think people are going to see it for what it is, which is a figleaf, said Jeremy Slevin of Hands Off, a new coalition of progressive groups to fight Trumps budget housed by the Center for American Progress.

Viewed in this light, Ivankas paid family leave program, which shakes out to less than $2bn annually over 10 years, is a relatively small consolation prize in a larger budget that would slash $1.7tn in entitlements disproportionately benefitting women.

Her program would rely on a state by state patchwork to guarantee 6 weeks of paid leave to new parents. Thats certainly an improvement over existing federal paid leave policies in the US, which currently allow employees at certain companies up to 12 weeks of unpaid time away. But it doesnt offset the larger losses in the budget to women particularly poor women.

Programs like Snap and Medicaid and WIC are intended to help the poorest of the poor. But to qualify for Ivankas 6 weeks of paid leave you have to already have a job. In other words, its a matter of taking money from the poorest mothers and redistributing it among richer ones. Perhaps this is what the Center on Budget and Policy Priorities Robert Greenstein had in mind when he told The Washington Post, Trumps proposal would feature Robin-Hood-in-reverse policies in an unprecedented scale.

Ivankas paid leave proposal is an improvement over current federal policy, and even an improvement over the one she put forward on the campaign trail which excluded fathers and adoptive parents. (The writer Prachi Gupta seems to have publicly embarrassed her out of doing that again.) But here as ever context matters.

Paid leave is something that every other developed country in the world already has, and what Ivanka is proposing is still a less generous package than what other counties have, and what Democrats like Kirsten Gillibrand have put forward.

Shes striving to take credit for something Democrats have long fought for and Republicans have long vociferously opposed a policy thats been propelled forward for decades on the backs of feminists and progressives. And now shes doing what she has always done for the Trump administration: using this twig of an olive branch to encourage women to look past just how awful this administration really is for them.

Theres good reason to think the paid leave provision wont last. Republicans have repeatedly balked at such efforts, fighting a like-minded provision when Barack Obama pushed for it in 2015, and it may not be liberal enough for Democrats, who are pushing for more generous models.

At this stage its entirely unclear if Ivankas paid leave plan can even get past Congress (the House and Senate will draw up their own versions). But helping women has never really mattered to Ivanka. What matters to her now, as ever, is helping herself. If the provision dies tomorrow it will have already accomplished her aim: its entirely clear is that its going to help Ivanka Trumps brand.