Despite leaks and a hiccup during a demo of its new Face ID unlocking feature, analysts say this years launch puts Apple in an extraordinarily strong position 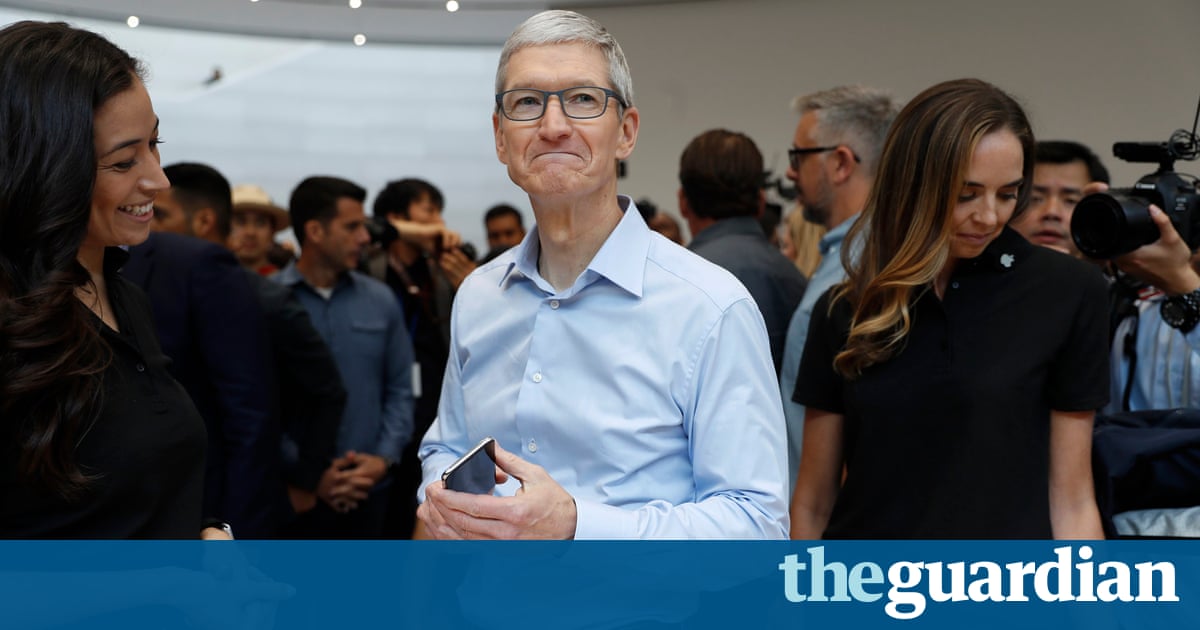 Unlocking it is as easy as looking at it and swiping up he said, waiting an agonising few seconds while the device refused to unlock. He tried a second time again, nothing before switching to a back-up phone.

The technical hitch, which came after the 10th anniversary edition of the iPhone had been revealed with huge fanfare, caused a temporary crash in Apples market value. The stock soon rallied, however, as analysts described this years launch event as putting Apple in an extraordinarily strong position.

Held for the first time in a 1,000-seat auditorium in the companys newly-built space ship campus, Apple Park, the annual product showcase unveiled three new iPhones, the high-end iPhone X, iPhone 8 and iPhone 8 Plus, as well as an upgraded Apple Watch and 4K Apple TV.

Before the product announcements, there was a lengthy section of the keynote dedicated to Apples retail strategy, in which the companys head of retail Angela Ahrendts said the company no longer refers to its shops as stores but town squares. This, she said, was because they host so many events and training sessions that they have become gathering places.

Good luck trying to hold a protest or picnic in these corporate town squares.

The iPhone X was introduced to the audience by CEO Tim Cook using the one more thing format that former CEO Steve Jobs used to surprise and delight people during his keynotes. Unfortunately for Cook, very little in the announcement was surprising thanks to major leaks in the preceding days.

If there hadnt been all the leaks there would have been a lot of big surprises and people would have come away blown away. The leaks took the edge off the announcements, but weve still seen a very strong set of products that re-establish Apples lead in a lot of categories, said Apple analyst Jan Dawson.

The iPhone X comes with some striking features, including the an edge-to-edge screen, no home screen button (because the screen now spans the entire front of the device), and the infrared-powered facial recognition system that Apple says is 20 times more secure than Touch ID (when its working). Face ID is not only used for unlocking the phone, but also making payments and logging into banking apps.

The iPhone is locked until you look at it and it recognizes you, said senior vice-president of worldwide marketing Phil Schiller, adding that it recognizes your face even if you change your hairstyle or are wearing glasses or a hat.

Face ID works by capturing a 3D scan of a persons face. Once the user has enrolled their face, they can unlock the phone just by glancing at it. There are other devices that use facial recognition to unlock, including Samsungs flagship phone the Galaxy S8. However without a 3D scan, they can be easily spoofed by showing the device a photo of its owner.

Even with 3D image capture, some facial recognition systems can be fooled with an accurate model or mask of someones face. Apple said it worked with professional mask-makers and make-up artists in Hollywood to create replicas of peoples faces so they could train Face ID to recognize spoofing attempts.

Face ID also allows for some lighthearted features, including a new type of animated emoji, called Animoji, which can be controlled using a persons own facial expressions. Finally iPhone users can puppeteer the poop emoji.

He added that Apple also bought an emotion-tracking company called Emotient last year, so in the future the company might incorporate that into its offering.