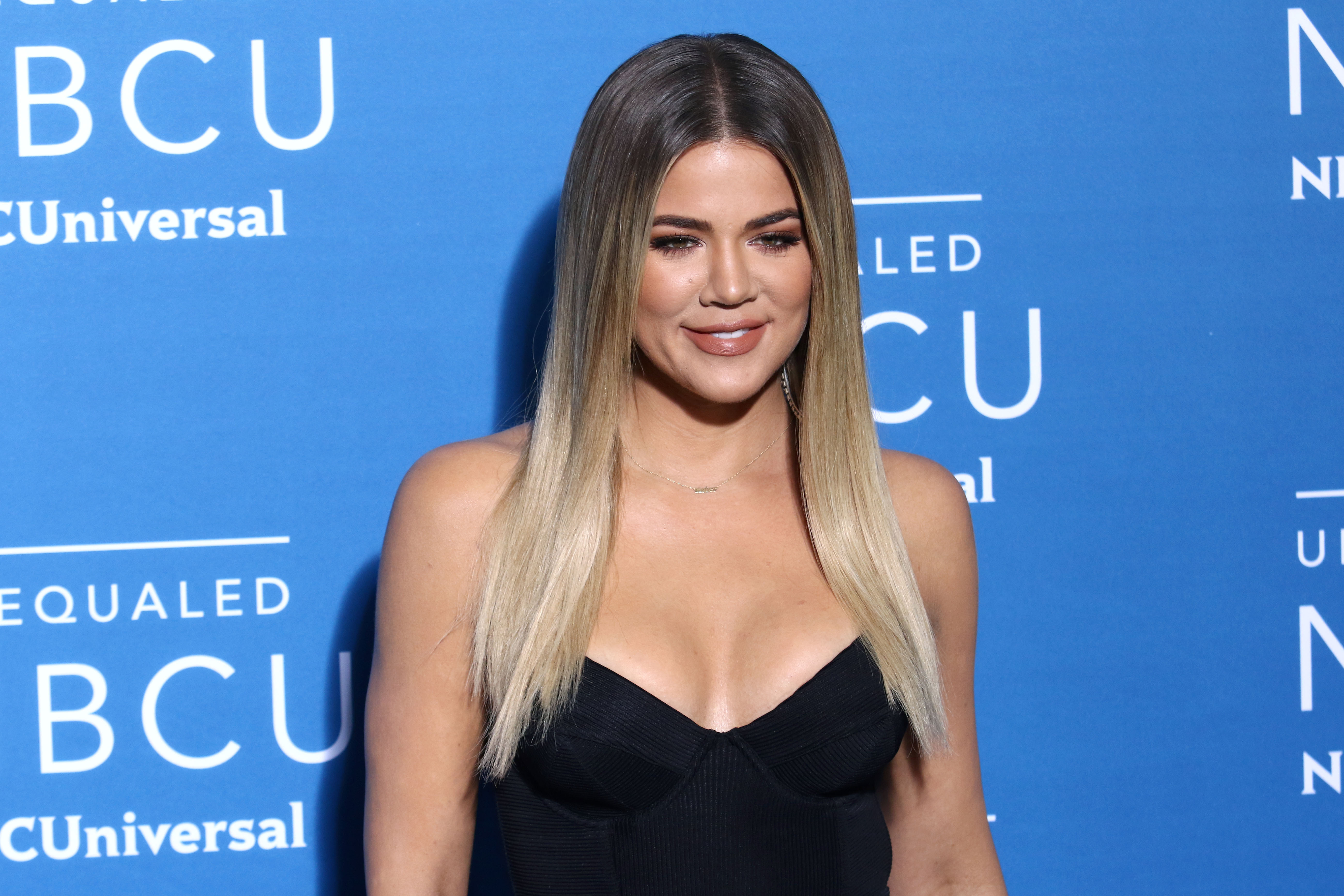 Khloé Kardashian recently re-emerged from her social media hiatus to announce that she and her boyfriend Tristan Thompson were expecting a baby. First of all, duh. And second of all, still waiting on Kylie’s announcement but whatevs. But seriously, I am super happy for them. And also happy for the masses who can again follow her every life move on her app and website for the entirely unreasonable price of $2.99/month.

Now at six months pregnant and on a press tour for season two of her show, Khloé has taken to her app/website/empire to share her pregnancy workout routine, and we are v impressed. Sidebar—fuck those bitches who are giving her shit for working out during her pregnancy. Anyway, inspired by her dedication to fitness and my curiosity as to whether or not I could complete the workout of a fully pregnant celebrity whose Instagram makes it look like she spends her 9-5 at the gym, I gave the routine a try. Spoiler alert: My lazy not-at-all-pregnant body has nothing on Khloé, and 24 Hour Fitness could really use an equipment upgrade.

It’s interesting to me that 30 minutes of cardio is considered a “warm up”, because to me it’s enough time at the gym to justify a scone for breakfast. Also, it’s very hard to watch on your phone while stair climbing—I misstepped and almost fell like, 3 times. Keep your eyes on the stairs, not Archie’s abs.

Khloé then jumps into circuit training beginning with four 30-second sets of squats + dumbbell shoulder raises. I, for one, have been doing these since my days as a Jillian Michaels workout video enthusiast, so seeing this on Khloé’s routine really brought us closer together. I only made it through three sets, though, because I am lazy and impatient.

The fact that Khloé does not do these girl style, with her knees on ground, was very upsetting. And also meant that I could only get through 10.

I could not find a resistance band at the gym—maybe because it was lacking in equipment options or maybe because I don’t go often enough to know where shit is. Either way, I didn’t do this one because as a girl who was born pigeon toed, I spend enough time walking like a bird.

Those giant ball desk chairs for Pilates enthusiasts are so versatile. I’m not sure how many sets Khloé does because I can’t afford her app, but I did two sets of 15 with 10-pound weights, and I feel pretty good about it (please don’t tell me that wasn’t enough).

These looks like terrifying snakes and I want nothing to do with them. Needless to say, I didn’t try to find them at my poorly stocked gym.

While Khloé uses Waff Mini’s for instability training, I was unstable enough on my own. For this strangely named pose, you raise your arm and opposite leg, hold for 30 seconds, and repeat on the other side. I held each side twice and was 1. worried I had vertigo, and 2. shocked by how difficult it was to hold a single pose, because I can hold the “lay on the couch and watch TV pose” for hours without breaking a sweat.