I tried out Donald Trumps theory on exercise. I walked. I this, I that. I was weak 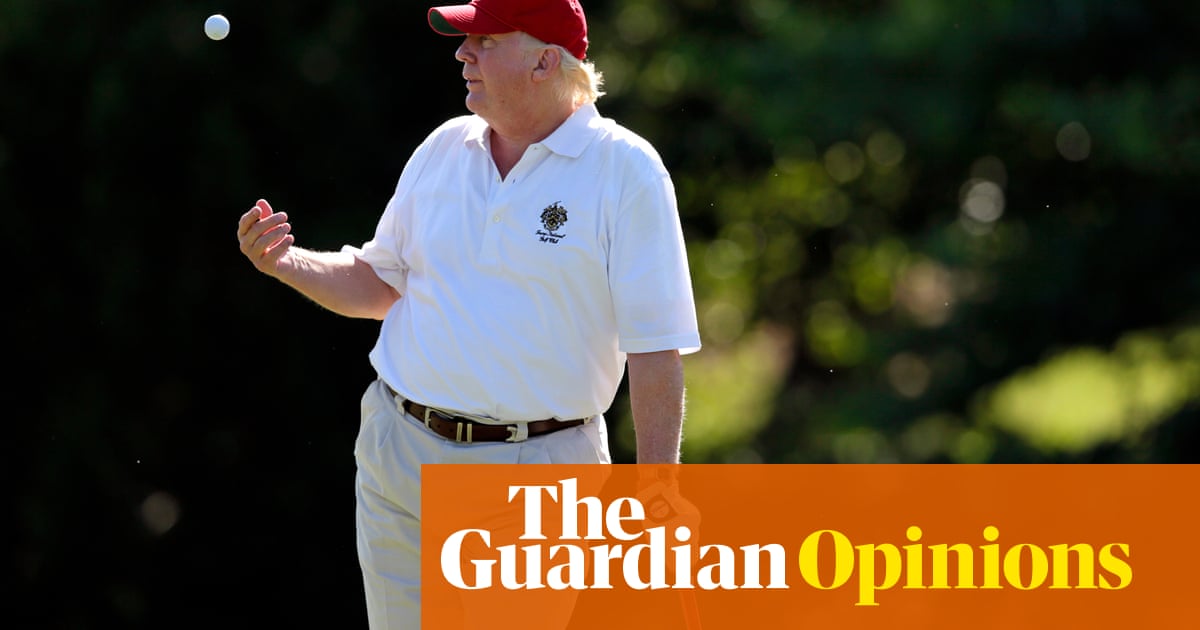 It was November 2016 and the only person I knew who believed Trump would win the US election was the owner of my gym. This was clearly a ridiculous prediction so, seeing the chance for some easy money, I offered to bet him $100 that Hillary would win.

But the gym owner, clearly not wanting to do his dough, pointed at this horrible thing in the corner with the name sled and said: If Trump wins you have to pull 70kg on it.

It was double what I could usually pull. And, if I won the bet, the gym owner would pull double his personal best.

I didnt want Trump to win hed grabbed women by the pussy and mocked a reporters disability. Hed promised to build a wall and called Mexicans rapists. The thought of his presidency was frightening but so was pulling the sled. What if I herniated a disc?

After Trump claimed victory, I went up to the gym in a foul mood. Just fucking load up the fucking sled, all right, and lets get it over with, I said without much grace as I strapped a belt around my waist.

I pulled the sled like a human oxen while being filmed and the gym staff cheered. I did it. But the Trump victory soured my successful show of strength.

Yeah, I could pull a pretend sled. But how was that going to help me when the world had been destroyed by nuclear weapons or climate change?

Hungry and sore, I repaired to a restaurant down the road that I had never visited and where I had never seen anyone come or go from. The silent restaurant no background music, no other diners seemed like the perfect place to welcome the end of the global liberal order.

What new political order had been born tonight?

An elderly waiter appeared and handed me a menu. Most things on it were not available. The one dish that was was unspeakably awful and the colour and texture of cement.

I never went back. But I also didnt return to the gym. I associated it now with Donald Trump, the bad meal and pulling the sled.

It was 9 November 2016 and my thinking about fitness changed almost overnight. In tune with the times, it became more Trump, less Obama.

In the spirit of the Donald, I drank more bottles of Diet Coke and ate more McDonalds. I dropped the gym embracing Trumps belief that we are given a certain amount of energy and if we use it then we are depleting a finite resource.

According to the book Trump Revealed: Trump believed the human body was like a battery, with a finite amount of energy, which exercise only depleted. So he didnt work out. When he learned that John ODonnell, one of his top casino executives, was training for an Ironman triathlon, he admonished him, You are going to die young because of this.

I didnt want to die young, so I didnt go to the gym.

Trump explained his exercise routine like this to Reuters: I get exercise. I mean I walk, I this, I that. I run over to a building next door. I get more exercise than people think.

I walked. I this. I that. Months passed. Then a year. Trump was going to be in power for another 1,000 years. Or at least thats what it felt like. Could I really avoid the gym for the entirety of his presidency?

I missed being strong enough to open jars and carry groceries. So, last week, I returned to the gym, slinking back in as if no time had passed. I hoped that by wearing a puffy jacket and MC Hammer pants I could hide my lack of definition that I could pretend I had maintained my fitness on my own. At home, running to the building next door. On the couch. While tweeting.

But you cant hide fitness. You either have it or you dont. You can either lift the dumbbell or you can wobble on your fifth rep and drop the load.

You are either strong or you are weak. And I was weak.

When I started my gym program again last week, I started at the beginning. I started on the simplest machines and with the lowest amount of weight. I did a split squat on a box and fell over from a lack of balance. I got vertigo doing calf lifts. My knees clicked.

The next day I woke up feeling like a human ironing board. Sitting down became impossible. I had to sort of fall on to chairs because there was no bend available in my legs. And typing this is agony my arms hurt. Theres no strength in my wrists.

The cruellest thing about fitness is that it doesnt last. It should be the rule that you only need to get fit once. And once you get there, you stay there.

I was fit in 2016, before Trump. But when you stop, it goes. And it goes quickly. A week or two and you have to start again with the 2kg dumbbells and the tremor in your forearms.

I returned again this week to the boredom and pain of the gym trying to build up back to the strength I had before Trump became president.

The struggle is Sisyphean.

Brigid Delaney is a Guardian Australia writer and columnist