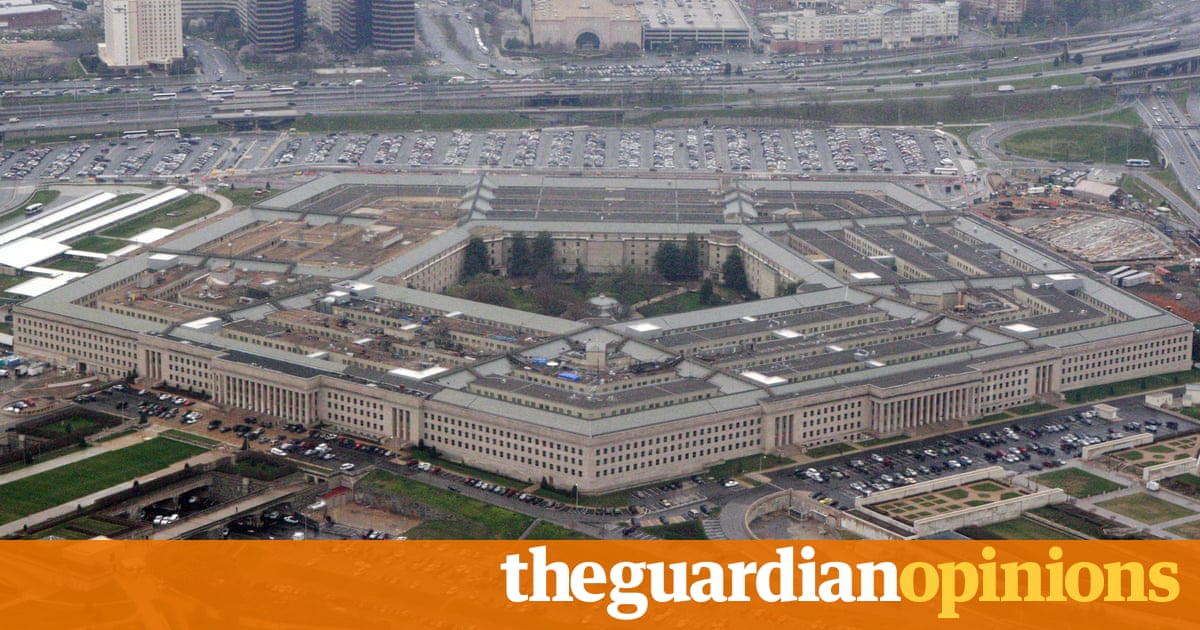 The Guardian has reported that John Le Carr, the famed British spy novelist, recently said of the Trump presidency: Something truly, seriously bad is happening and we have to be awake to that. Chillingly, he expressed alarm about the toxic parallels between the rise of Donald Trump and hard right regimes in Poland and Hungary and the rise of fascism in the 1930s.

Le Carr may be overstating the risk of rising fascism but he is surely right to warn that many of Mr Trumps early actions and words challenge fundamental tenets of democracy.

These challenges include his assertion that the media is the enemy of the people, that news he doesnt like is fake news, that there were good people among the neo-Nazi demonstrators in Charlottesville, and that the Senate should change its rules to abolish the requirement for 60 votes to end a filibuster, thus eliminating the single most important protection of minority interests in our system of government.

At the same time, the Trump administration has mounted a systematic effort to deconstruct the administrative state, as his recently departed chief strategist, Steven Bannon, was fond of saying.

Much of this effort has been focused on the regulatory agencies rather than the national security agencies. But make no mistake; the presidents words and actions are deconstructing those agencies with perhaps even greater consequences.

First, his foreign policy of America first has called into question our commitment to our allies and the international framework and norms that have kept us safe and prosperous for 70 years. In turn, the American institutions and individuals who must execute this policy are undermined.

Second, some of his actions and utterances are so far outside the bounds of responsible presidential conduct that many professionals who serve in the national security agencies lack confidence in him as commander-in-chief. Much damage has been done and whether it can be repaired, and if so how, is not clear.

The world is wobbling on its axis under stresses caused by wars, ethnic tensions, instability, climate change and economic pressure in virtually every region. The liberal international order, largely established and led by the United States since the end of the second world war, is fraying. Trumps America first policy pays scant heed to international cooperation and appears to believe that if we have enough military might we can make anything right. We cant.

The US military is already carrying a vast load and badly needs rest and replenishment. The Trump-proposed defense budget is a step in the right direction. But the shallowness of the America first policy, coupled with the presidents intemperate statements, which loosen us from our moral and ethical moorings, present a much deeper problem for the national security agencies.

Much of our power comes from our values, our concern for minorities and our respect for the rule of law at home and abroad. Russia, China, Iran, Syria, North Korea and many others care not for such things. Indeed, they are contemptuous of them.

Former presidents and secretaries of state and defense know that we must wisely use all of the tools in the national security toolbox, a useful concept coined by the former secretary of state Madeleine Albright. Our values and moral leadership are among our most effective tools. As the former president George W Bush recently said: When we lose sight of our ideals, it is not democracy that has failed. It is the failure of those charged with preserving and protecting democracy.

We also must lead. To do so, we need allies and skillful diplomacy carried out by adroit and experienced diplomats who are adequately resourced, supported and respected. Trump appears to have little or no appreciation of the value of diplomacy or foreign aid.

If anything, the Trump administration seems oddly determined to cripple the department of state. Consider, for example, the presidents tweet saying that the secretary of state, Rex Tillerson, was wasting his time trying to negotiate with Little Rocket Man, a foolish utterance that makes any resolution of the North Korean threat vastly more difficult.

On top of this brilliant strategic move, Trump has proposed cuts of nearly 30% in the state department budget and the elimination of 2,300 jobs. Furthermore, Tillersons use of outside management experts to restructure the department as if Exxon Mobil had just acquired a new oil drilling subsidiary has had the predictable effect. Diplomacy is sputtering on one cylinder and many of our best and brightest foreign service officers have quit in disgust.

The administration is having a difficult time finding talented and experienced individuals to serve in the appointed jobs at state and defense. Applications for the foreign service are reportedly down and the departments intention to no longer participate in the presidential management fellows program is deeply disturbing.

Countless highly talented young Americans who were once inspired to serve our country now may go to Wall Street rather than Foggy Bottom. This is good for real estate values in the Hamptons, but very bad for our country.

Roger Cohens column in the New York Times of 28 July chronicled this tragic exodus. He quoted several career ambassadors who described a toxic, troubled organization and complete and utter disdain for our expertise.

Cohen concludes that an American jewel (the State Department) is at stake, a place where honorable patriots take an oath to the Constitution not to any given president.

Fortunately, Congress is having none of this tomfoolery. The Senate appropriations committee recently adopted a budget that adds $11bn to Trumps request, but is still less than last years budget. It now goes to the House, whose members will hopefully agree.

Regardless, the message to state department career employees is clear: You are not important. Tillerson is scheduled to unveil his proposed reorganization soon and there is great apprehension that his changes will gravely weaken the role of the state department and centralize power in political appointees at the expense of career professionals.

All of this plays well with much of Trumps base who are hostile to globalization. But a weakened and demoralized foreign service is a serious blow to American long term interests and security.

The presidents foreign policy and his tweets are often hard to defend. Our allies wonder whether America first means Im last. The president says hell honor Americas commitments, but thats not what he said earlier. Does he mean it now, or is he just saying it because hes been told to say it?

Over the objection of our strongest allies, he backed out of the Paris climate accord and abandoned the Trans-Pacific Partnership trade deal that took years to negotiate. The Chinese are delighted at that move as it opens the field for them.

It is no surprise that other countries, including many of our closest allies, have determined they must fend for themselves. There are media reports that several states, including South Korea and Japan, are considering developing nuclear weapons. In the absence of clear American leadership, more of the international fabric will unravel, with potentially disastrous consequences.

Trumps curiously lackluster response to Russias major effort to interfere in our recent election causes many national security professionals to privately question his leadership and fitness for the office. Some senators, notably John McCain, Bob Corker and Jeff Flake, are now expressing these sentiments publicly. Will their colleagues have the courage to speak up? How will history judge those who do not?

The presidents refusal to consider any of the Republican former senior foreign policy officials who signed letters during the campaign expressing concern over his fitness to serve is a major mistake. The president should set aside his pique and bring them in. He and the country need them.

This said, there are some hopeful signs. Trump has assembled some first-rate foreign policy advisers. There is criticism that it is too general heavy, but that is not well placed.

Generals James Mattis, John Kelly and HR McMaster are combat-proven leaders and thinkers who have confronted the maddeningly complex wars in Iraq, Syria and Afghanistan. The president seems to be listening to them on vital matters such as North Korea, Afghanistan and the value of the Iranian nuclear deal. We must all hope he continues to listen to them.

McMaster and Kelly have, by most reports, done a good job of organizing the policy process at the National Security Council. Whether careful decision making processes will hold in a crisis, where actions must be managed closely to avoid unintended escalation, remains to be seen. And in a crisis, the presidents inexperience and his tendency to tweet from the hip could be calamitous. If we stumble into an unnecessary nuclear war with North Korea because of poor presidential decisions, God help us all.

In other national security agencies, things seem to be going well. The CIA director, Mike Pompeo, for example, gets high marks, although some career CIA officers worry that he is spending too much time in the Oval Office, thus risking the independence of his advice.

But in many ways, Trump is causing intangible damage that may have the most lasting consequences. A recent article in Foreign Policy by Jon Cheatwood on the challenge of teaching cadets at West Point (my alma mater) in the age of Trump is deeply troubling.

Cheatwood describes cadets who ask whether they could serve under this president. Other cadets, taking the lead of their commander-in-chief, cite false news to explain why they dont trust the major media. Cheatwood worries that Mr Trumps actions and tweets, such as belittling Democrats in front of Air Force Academy cadets, suggest his disregard for the norms of his office and risks politicizing the military.

Military officer ranks were rattled by Trumps shameful response earlier this year to the death of the navy Seal William Ryan Owens in a mission in Yemen that Mr Trump had authorized. He told Fox News the generals wanted to do the operation and they lost Ryan.

Contrast this response with that of John F Kennedy, who publicly accepted full responsibility for the failure of the Bay of Pigs invasion early in his administration. Hopefully Trump now understands that a commander-in-chief must shoulder success and failure alike.

Another example was the presidents repeated calls in a tense meeting with Mattis and the chairman of the joint chiefs, Gen Joseph Dunford, to fire Gen John Nicholson, the commander of US forces in Afghanistan, because we were losing. How can Gen Nicholson command, and how can his soldiers fight, if they hear the limb being sawed off behind them?

The Trump administration is now past the initial days, when confusion and rookie mistakes are excusable. We are beginning to see what the true character of the man and his administration are.

We must all hold the line.