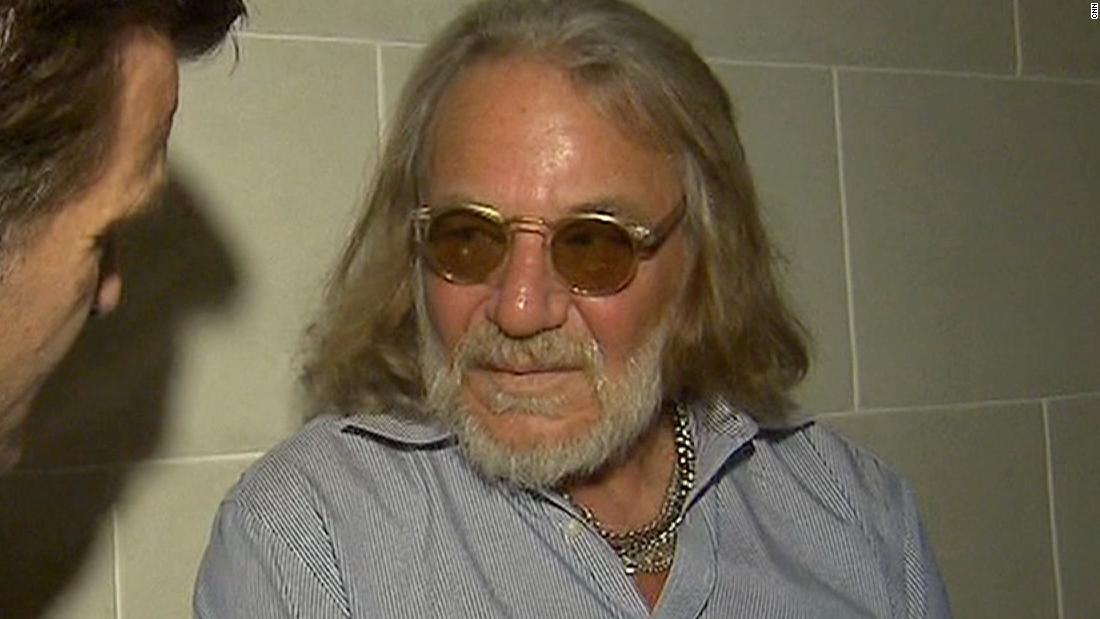 Washington (CNN)Harold Bornstein, Donald Trump’s longtime personal physician, is a comic character. From his long hair to his odd personal manner and pronouncements, he is someone that is hard to take seriously.

Of course he did! The language was totally Trumpian! “His physical strength and stamina are extraordinary,” “Bornstein” wrote of Trump. “If elected, Mr. Trump, I can state unequivocally, will be the healthiest individual ever elected to the presidency.”
But to dismiss this whole situation as a joke is to miss the broader points. And, yes, there are some broader points here. Here are four.
1. The President of the United States, as a candidate, faked a letter from his doctor to settle health and age questions.
Trump’s willingness to bend the truth is, by now, de rigeur. But, consider what he did here. At 70, Trump is the oldest person ever to be elected to a first term as president. His diet and exercise regimen are not what anyone would describe as particularly healthy.
Those factors led to questions about Trump’s physical and mental fitness for the job during the 2016 campaign. Trump’s pushback was the Bornstein letter. Sure, Bornstein looked and sounded a bit kooky, but he had been Trump’s doctor for more than two decades, right? Because no one could prove the letter was a sham — which it has turned out to be — the only option for reporters was to take it, generally speaking, at face value. Trump knew that — and he exploited it to the nth degree.
2. Trump repeatedly attacked Hillary Clinton as not being healthy enough to be president.
From the start, Trump sought to make Clinton’s stamina and endurance — both code words for her overall health — an issue in the campaign. That effort ramped up bigly in the wake of video capturing a decidedly wobbly Clinton leaving a September 11 memorial in New York City.
“They say pneumonia on Friday, but she was coughing very, very badly a week ago, and even before that, if you remember,” Trump said on CNBC shortly after Clinton’s near-fainting incident. “This wasn’t the first time. So, it’s very interesting to see what is going on.”
In the first general election presidential debate, Trump was more blunt. “She doesn’t have the look,” he said of Clinton. “She doesn’t have the stamina, I said she doesn’t have the stamina, and I don’t believe she does have the stamina.” At an event in Pennsylvania in early October, Trump mocked Clinton’s shaky-knees stumble in September; “She’s supposed to fight all of these different things and she can’t make it 15 feet to her car? Give me a break. Give me a break,” he said.
He did all of these things knowing that he had written his own doctor’s note and then used it as a bulwark against questions regarding his own health.
3. Trump will say or do absolutely anything to win.
In Trump’s mind, everything — and I mean everything — is justified if you win. The means are always justified by a successful end. Saying that Ted Cruz’s father might have been involved in the assassination of John F. Kennedy? Yup. Claiming there were Muslims celebrating on New Jersey roofs on the night of September 11, 2001? Yup. Suggesting that Mexico was purposely sending criminals and rapists to the US? Yup. Casting white nationalist violence through the lens of both-sides-ism? Yes.
In light of all of those things, faking a letter from your doctor saying how incredibly healthy you are was likely, in Trump’s mind, a no-brainer. Who cares? After all, he knew he was totally healthy — among the healthiest people ever to run for president — so what difference did it make if an actual medical doctor said it or not? He knew it, therefore it must be true.
In a world in which everything is justified by self interest, nothing can be off limits. And that, at the moment, is the space that Donald Trump willingly occupies.
4. Trump eventually turns on everyone.
Bornstein should have never allowed Trump to dictate a letter about his own fitness. But, he did so because he had a long relationship with Trump and wanted to stay in the presidential candidate’s good graces. Trump routinely rewards total loyalty — see Cohen, Michael — and Bornstein undoubtedly thought he would reap some sort of gains from his willingness to put aside medical ethics in order to please Mr. Trump.
History, however, suggests that those who pledge total fealty to Trump are almost never repaid in kind. You are liked and valued by Trump only as long as you are providing some sort of material service to him. When that service stops or, God forbid, you draw negative headlines to Trump, you will be cut loose with the quickness. (I’m looking at you, Michael Cohen.)
In interviews on Tuesday, Bornstein clearly felt betrayed when Trump bodyguard Keith Schiller came and took the President’s medical records from Bornstein’s office. Bornstein shouldn’t feel that way. This is what Trump does. It is who he is.