The supreme court justice, a hero to liberals as Trumps second nominee threatens a right turn, spoke in New York on Sunday 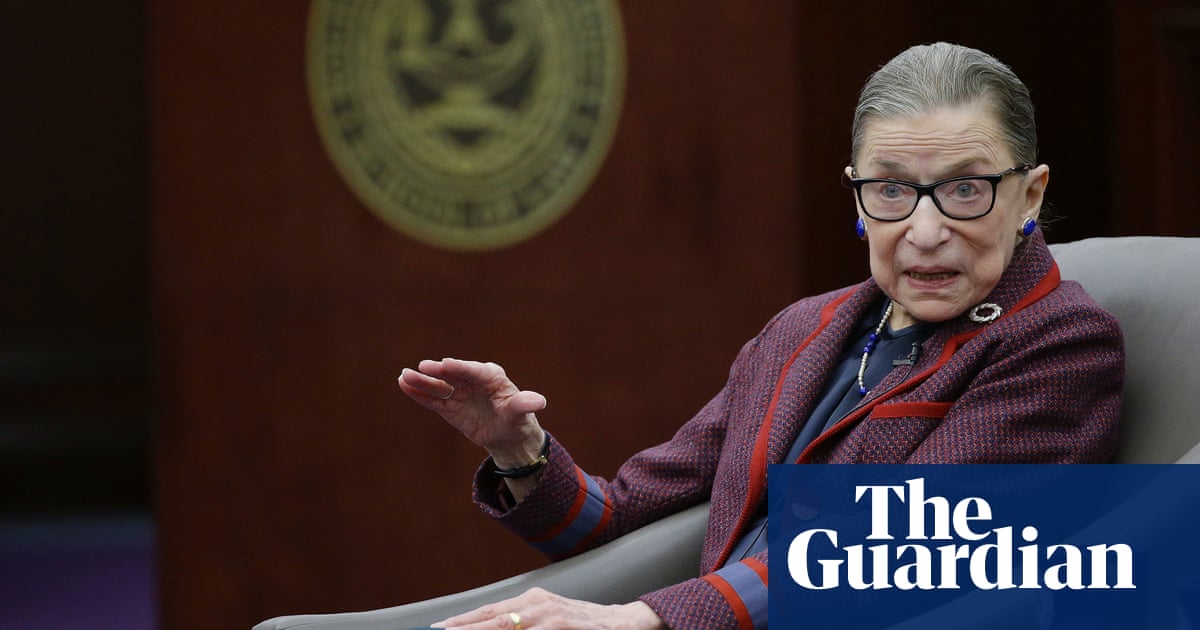 Supreme court justice Ruth Bader Ginsburg called herself a flaming feminist on Sunday, and said she plans to spend at least another five years on the bench.

Her comments followed a performance in New York of The Originalist, a play about her former colleague and friend Antonin Scalia, who died in 2016. Scalias seat on the nine-member panel is now filled by Neil Gorsuch, another conservative who was nominated by Donald Trump.

Ginsburg, 85, was speaking a little more than a month after the announcement of the retirement of another conservative justice, Anthony Kennedy. Trump has nominated Brett Kavanaugh to replace him, aiming to push the court right for decades.

My dear spouse used to say the true symbol of the US is not a bald eagle, Ginsburg said on Sunday. It is the pendulum.

She was responding to a question about how Americans have questioned the countrys institutions this summer.

And when it goes very far in one direction, she continued, you can count on it coming back.

With Congress mired in partisanship and dominated by money, the justices of the supreme court have gained a kind of celebrity. Ginsburg especially has gained notoriety for vehement dissenting opinions in which she criticizes bigotry or unfairness as she sees it.

She is the subject of a new documentary, RBG, and has even had her daily fitness routine scrutinized. Twice weekly, according to The RBG Workout, she conditions with planks, push-ups, chest presses and and leg curls.

When Ginsburg entered the 59E59 Theater, New Yorkers outside applauded. Even her accessories betrayed her celebrity. She carried a black canvas tote printed with a message: I Dissent: Ruth Bader Ginsburg makes her mark. That is the title of a picture book published after the success of Notorious RBG, a biography.

Ginsburg is a seasoned theatergoer and opera lover, interests she shared with Scalia, a Catholic arch-conservative. When Ginsburg sat down in the theater, a woman behind her remarked: Ginsburg is sitting two rows in front of us. See her little head? She was escorted by at least three secret service agents.

After the play, Ginsburg said: One change in my life is I am now recognized. When people approach her, she said, to pile on praise Justice Ginsburg, youre my idol! she often responds: Yes, so many people have told me I look just like her.

The audience was polite throughout the play, which explores a fictionalized relationship between Scalia and a liberal clerk. During Ginsburgs talk, it was rapt. People clapped, laughed or, with an occasional outburst, affirmed her stories. Yes! shouted one audience member, when Ginsburg described roadblocks she had faced as a Jewish woman.