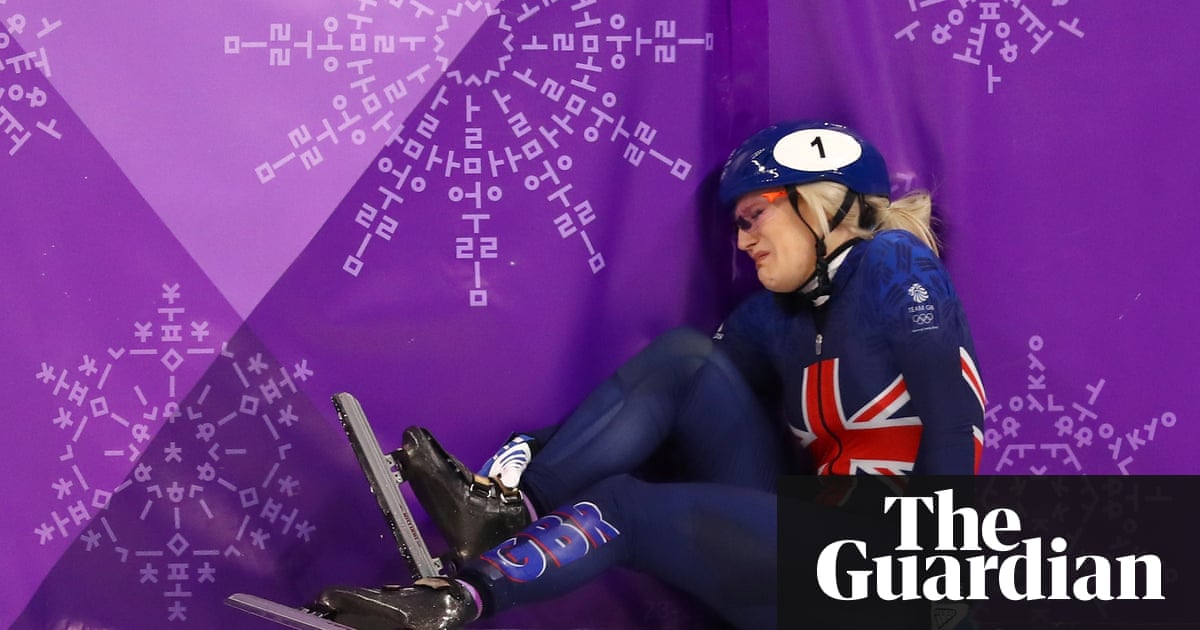 At least Elise Christie was smiling afterwards but that was about the only positive after her Olympic dream ended in disqualification and crushing disappointment in the heats of speed skatings 1,000m.

To further twist the knife, the 27-year-old had initially appeared to have come second, despite clearly struggling to skate at full speed because of an ankle injury. After a lengthy wait, the judges ruled she had received a yellow card for two moves deemed to be unsafe, harmful or hazardous.

Christie had been in good spirits after passing a fitness test on Tuesday morning and looked confident in practice before her race. As she skated around the track the DJ played Chumbawambas Tubthumping. It proved prophetic as Christie came crashing to the ground after tangling with the Hungarian Andrea Kezler on the first bend.

As she thudded into the boards the Team GB skater grimaced in pain. The race was called back and she was able to restart. This time Christie sat back, worked her way into the race and finished second only for the judges to rule otherwise.

I crashed on the first start, she said. Someone hit my ankle when that happened. I was in a lot of pain. I thought maybe I cant do this now. I thought about the adrenaline and how that might take over. And it didnt.

I thought: Just do what you can do and I thought Ill move up and I moved up. I made some really good moves and was quite happy Id managed to qualify with such a bad ankle. Got my first ever yellow card, which Im not really sure why. Its not my decision, its not in my control. I have to take whatever the referee gives me. Thats that.

She has either crashed or been disqualified in her past six Olympic events three in Sochi and three here in Pyeongchang but Christie insists she can recover from yet more crushing heartache.

Im in a different place to Sochi, she said. I know this is short-track. Im world champion and world record holder. Ive proved myself. I wanted to bring it home for Britain. It wouldve meant the world to me. Im devastated that I couldnt.