Anti-Trump activists launched impromptu protests criticizing the racism, sexism and xenophobia that they say the president-elect has made mainstream 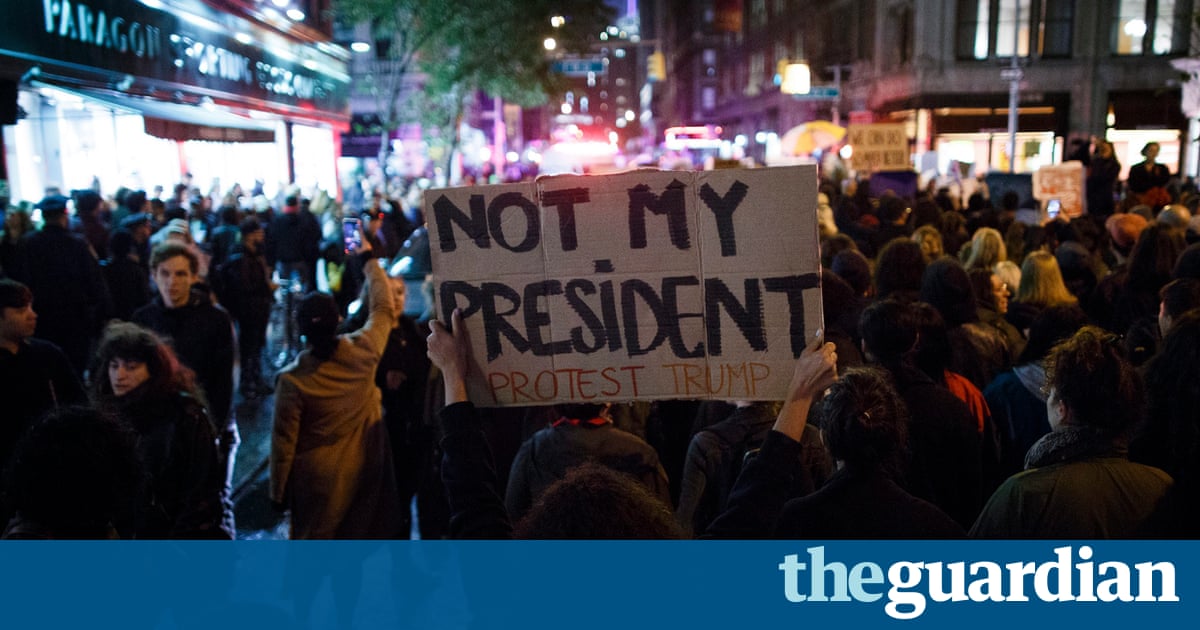 Donald Trumps unexpected election win ignited protests across the United States, with thousands of demonstrators crowding into streets and surrounding his buildings in major American cities.

As US voters and international leaders began to come to terms with a Republican White House led by the former reality television star, people opposed to Trump on Wednesday took to the streets criticizing the racism, sexism and xenophobia that they say the president-elect has made mainstream.

As night fell in midtown Manhattan, people took over Sixth Avenue and marched by Trump Tower, carrying signs that read Not my president, She got more votes and Hands off my pussy, a reference to a leaked recording where Trump bragged that he could sexually assault women because of his fame. A number of arrests were made.

Protesters who had marched all the way from Union Square some 35 blocks downtown continued past Trump Tower, with a crowd congregating in front of the president-elects building.

Nina, an actor living in Manhattan, told the Guardian that the protest felt less like a call-to-arms than a vigil for the promise of America.

Im distraught at the decision, said Nina, who declined to share her surname for professional reasons. Hes a horrible, horrible man, not the leader of the America I live in. Or the America I thought I lived in.