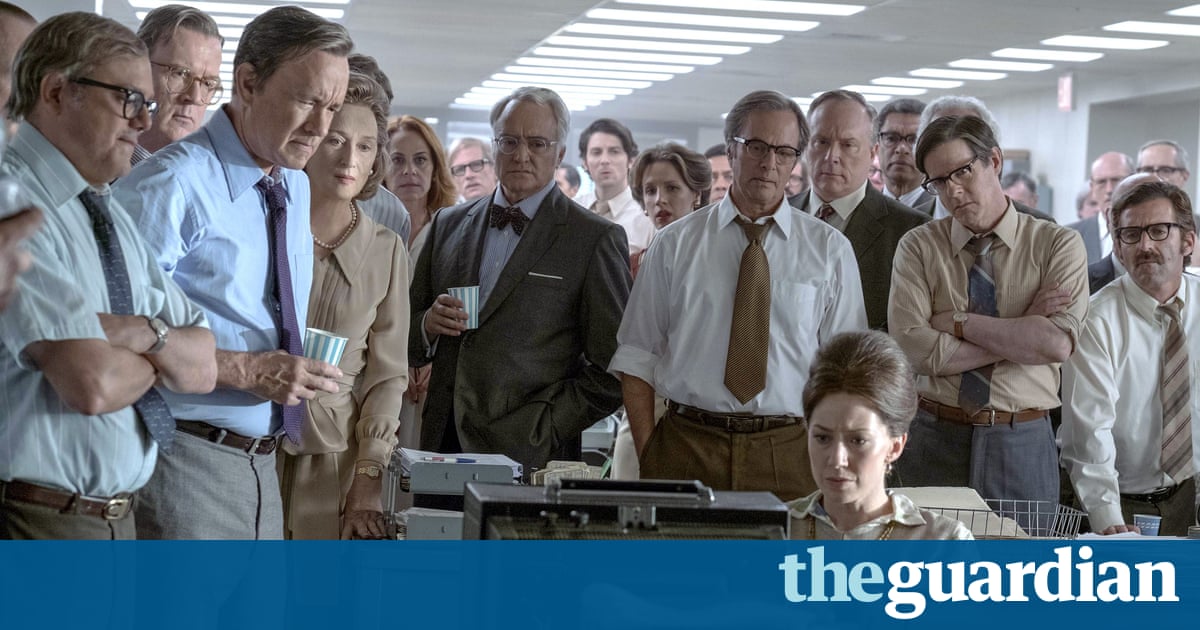 As a magazine journalist, its hard to escape the feeling that people consider feature-writing a lesser art than hard news. You only need to look at the comments section below any lifestyle article (be it on travel, fashion, beauty or family) for confirmation (How is this news?) And it seems that film-makers tend to feel the same. Steven Spielbergs The Post is the latest in a long line of heavyweight films that pay homage to the noble art of news reporting.

The BFI compiled a list of 10 great films about journalism that encompasses news writers, TV anchors and even a crash-site photographer but no magazines, unless you count La Dolce Vitas celebrity gossip. In general, films about magazine journalists tend to be relegated to the chick-flick spike pile.

Take The Devil Wears Prada. A woman accidentally falls into a job at Vogue (I mean, weve all been there, right?) despite a clear disdain for fashion and anyone who cares about it. Shes scornful, sloppy and just, well, Anne Hathaway-ey. Eventually the title corrupts her, and she replaces her boyfriend and friends with Dolce & Gabbana chain-belts and a 10lb weight loss.

Then theres Kate Hudson in How to Lose a Guy in 10 Days. The plot hinges on her job as a magazine writer she longs, poor dear, to write about politics and war. Its like whining because you want the pet shop where you work to be a hedge fund. Instead of handing in her notice and finding a job on a news team, she strikes an unlikely deal: if she writes one more agonising article about dating (not hiding her contempt from her editor) shell finally be allowed to write about what matters.

While news writers in films arent always likable, at least theres a spectrum, running from screwball joker to heroic investigator to peddler of false headlines. Magazines tend to simply be a symbol of all that is shallow and shameful. And its hard not to feel theres a gender bias, with women in vapid magazine roles and men taking the positions of power in papers.

In reality, theres far more crossover: celebrity gossip is often reported as news, while it was a magazine the New Yorker that played a major role in outing Harvey Weinstein. There are other films that nod to the wider world of feature journalism Almost Famous, The Secret Life of Walter Mitty, Fear and Loathing in Las Vegas but its rare to see someone working in a magazine office. When you consider how the industry is struggling, with big brands closing and sales figures on the wane, youd think it would be rife with stories.

There have been interesting documentaries about magazine journalism, most notably The September Issue. Filmed at American Vogue it contained all the usual tropes seen in chick flicks (bitchy editor, ridiculous scrutiny of models) but was also able to turn up a gem, in the form of Grace Coddington, the charmingly dishevelled creative director who was shown standing up to editor Anna Wintour and designing some truly beautiful photoshoots.

The truth is that magazine journalism is not a career you fall into. If you dont want to do it, Meryl Streep wont insist you accompany her to Paris fashion week. Theres no job security, little money, even less glamour and most of what you do will be ripped apart by the not-news people (despite them having chosen to read it). To imply that everyone in the industry got there by accident and/or is desperate to leave as soon as possible to become a war reporter is insulting as well as unimaginative.

Of course, its not cinemas job to make magazine writing seem a nuanced career. Films arent designed to be an accurate reflection of life thats the job of journalism but it would be refreshing to see a drama in which magazines mean more than a token job for women. You could guarantee a good write-up.