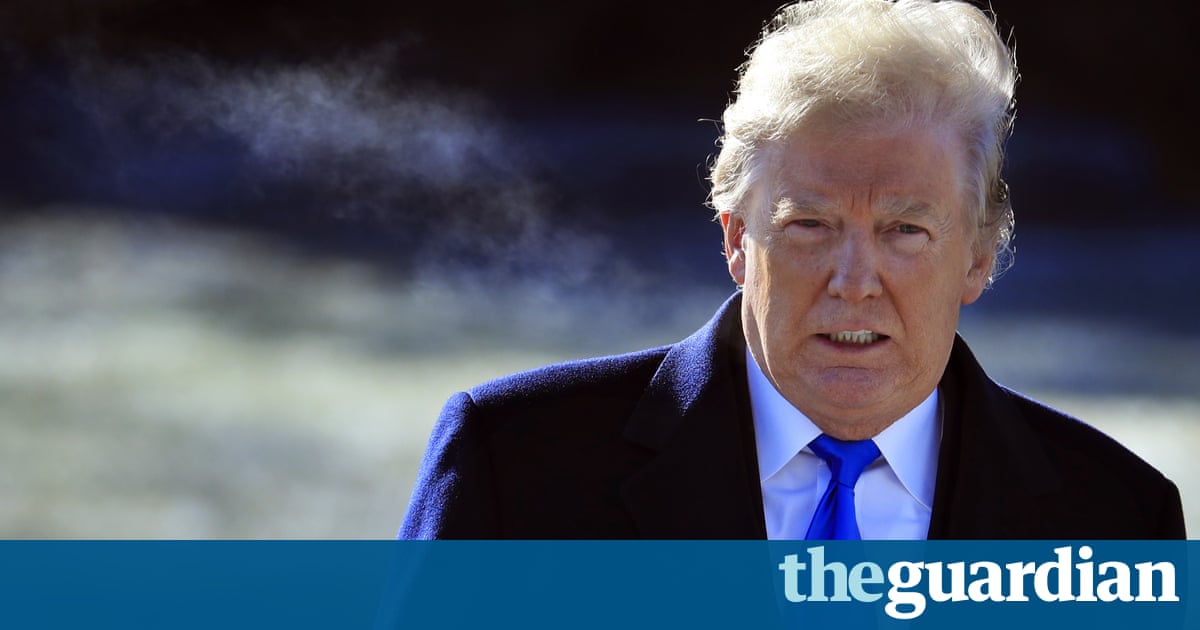 The revelations in Michael Wolffs explosive book about Donald Trumps first year in office have renewed scrutiny of the presidents mental health.

Although the White House has denounced Wolffs Fire and Fury as complete fantasy, the book sheds light on concerns among top White House aides over Trumps psychological fitness for Americas highest office.

Everybody was painfully aware of the increasing pace of his [Trumps] repetitions, Wolff wrote.

It used to be inside of 30 minutes hed repeat, word-for-word and expression-for-expression, the same three stories now it was within 10 minutes. Indeed, many of his tweets were the product of his repetitions he just couldnt stop saying something.

The claims in Wolffs book have been rejected by the White House and Trump allies, but they do not exist in isolation.

Trumps highly provocative behavior has routinely been the subject of public alarm, prompting private discussions in Washington over the potential of invoking the 25th amendment, which enables the president to be removed from office if the vice-president and a majority of the cabinet deem him physically or mentally unable to discharge the powers and duties of his office.

Trumps recent tweet taunting the North Korean leader, Kim Jong-un boasting about his own much bigger & more powerful nuclear button amplified concerns over the most extreme possible consequences of the presidents unfiltered and largely unchecked behavior.

The sense of urgency surrounding Trumps mental state even led Bandy Lee, an assistant clinical professor at the Yale School of Medicine, to brief a dozen members of Congress last month on the potential risks associated with the presidents behavior.

Lee, whose career has centered on studying, predicting and preventing violence, told the Guardian she and other psychiatrists were speaking out because they feel the danger has become imminent.

Trump, she said, has already shown verbal aggressiveness, bragged about sexual assault, and incited violence at his rallies.

Hes shown an attraction to powerful weapons and war and provoked a hostile nation that already has an unstable leader and nuclear power, Lee said.

All these signs are not just signs of dangerousness, but of the most cataclysmic kind of violence that could put an end to human life as we know it.

In October, Lee edited The Dangerous Case of Donald Trump, a book consisting of essays from 27 mental health professionals assessing the president.

Two months later, she earned an audience on Capitol Hill with a group of lawmakers. The meetings, first revealed by Politico, included more than a dozen Democrats from the House of Representatives and one Republican senator.

Lee, who declined to identify any of the lawmakers by name, is also poised to meet with a Republican representative this month. Lee stressed she and others are not diagnosing the president, but rather seeking to send a message to take seriously his fitness for the Oval Office.

Were concerned about the public health risk posed by him, by his mental instability, she said.

Lees public warnings have also prompted some to revisit a code of ethics instituted by the American Psychiatric Association, known as the Goldwater Rule, that prevents psychiatrists from commenting on the mental health of public figures without having examined them in person.

A recent analysis, using concerns over the psychiatric status of Trump as its premise, deemed the rule to be outdated and undermining what some psychological scientists see as a duty to inform.

Trumps supporters have rejected suggestions that the president is mentally unstable.

Chris Ruddy, a longtime friend of Trumps and the chief executive of the conservative Newsmax Media, said: He is not psychologically unfit, he has not lost it.

Ruddy told CNN on Friday about time they spent together in December: He was not repeating things. Present was a medical doctor whos a mutual friend of ours: he had no belief and view that the president was mentally incompetent and unfit. This is just an absurdity and its really trash, actually.

The question was nonetheless posed to the White House podium, drawing a sharp rebuke from the press secretary, Sarah Sanders. Its disgraceful and laughable, Sanders said.

To professionals like Lee, it is the refusal of those in Trumps orbit to acknowledge the issue that will ultimately cause the public to underestimate his fitness for the presidency.

People will minimize the signs and also wont recognize it, she said, but he will grow worse.