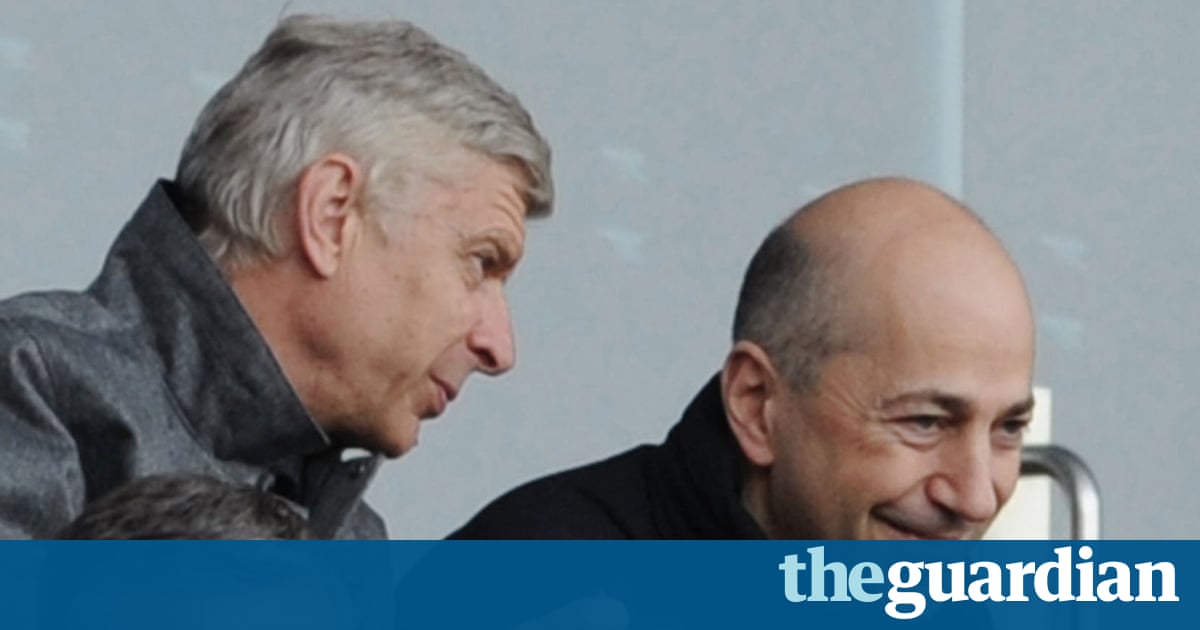 Addressing an audience of around 250 Arsenal advocates Ivan Gazidis said there had barely been a single hour since the end of the season when he was not working on fraternity business. A summertimes evening spend at the Royal Oak Suite at the Emirates summed up how the goings-on at a football club never ease off.

There may have been a complimentary pie, drink, glimpse of the FA Cup and a bunch of Ray Parlour anecdotes to assist the evening flowing but it was notable that feeling operated high as Arsenals chief executive fielded the issue of the clubs guidance and the disconnect with some of the fanbase. If I felt there was an easy answer I would hop at it, he told. There is real regret we havent had that togetherness and I would do anything to bring that back.

Gazidis periodically appears at supporter-oriented events. In fairness “hes one” of very few executives at a major Premier League club to front up and engage immediately with advocates. It was an initiative originally conceived to be a fairly positive bridge between fraternity and fans but on this occasion he was not surprised that the mood was a conflicting mix with frustrated objections aired alongside warm praise. After all, as Gazidis admitted, that was how he felt about the season just gone by. He showered the FA Cup on display with affection, before mentioning: Sorry, old pal, but you are not the trophy we all want.

So, how to get closer to the one they want, the Premier League? Gazidis was reluctant to shed much light on any transfer manoeuvrings with negotiations continuing but he did talk about how the fraternity was trying to upgrade across a range of departments. That brought to thinker a line he trotted out at a previous fan forum, where reference is suggested the difficult period last season, flummoxed and strained as the team fell away while the managers future was uncertain, was a catalyst for change.

The first question from the floor came from the son of Reg Lewis, the striker who scored both Arsenals objectives in the 1950 FA Cup final victory. He plainly felt more plus a change as he lamented how “hes never” seemed such a period of stagnation. There was a rippling of applause for this directly constructed point.

Gazidis told the supporters to watch out for a few more recruits in terms of the support staff behind the scenes. But so far, it must be said, the catalyst-for-change theory looks like a thinly hidden version of more of the same. After all the fevered debate about Arsne Wengers contract, the flurry over Stan Kroenkes possessiononce news emerged that the American declined Alisher Usmanovs takeover offer, the whisperings about refreshing various personnels, ranging from the coaching set-up to the scouting staff and transfer negotiators, plus all the worries with star attractiveness such as Alexis Snchez and Mesut zil entering the final year of their bargains, the Arsenal scene remains pretty very well known the majority of members of the squad returning for pre-season on Monday.

Gazidiss intentions to refresh an environment that had become a little too comfy are easier said than done. The creation of a director of football role to connect better the technological decisions with the members of the commission, to give a assistance structure to the manager and to pave the way for an eventual succession programme whenever the Wenger era purposes has returned to the backburner.