Siobhan Adcock is the author of the novels, The Barter and The Completionist. Her short fiction has been published in Triquarterly and The Massachusetts Review, and her essays and humor writing have appeared in Salon, The Daily Beast, and Huffington Post. She lives with her husband and daughter in Brooklyn.

You’ve devoured all three seasons of Hulu’s award-winning drama. You’ve read the classic Margaret Atwood novel on which it’s based. You’ve surfed the wide, exciting wave of feminist dystopian fiction that has flooded bookstores, from justly praised bestsellers like Naomi Alderman’s The Power and Leni Zumas’s Red Clocks to lesser-known but powerful examples like The End We Start From by Megan Hunter, The Water Cure by Sophie Mackintosh, and Mother of Invention by Caeli Wolfson Widger. (Maybe you’ve even read my own feminist dystopian novel, The Completionist.)

And you’ve still got that itch to scratch, that need, that fever…and not for more cowbell. No. What you want are even more scorching feminist visions of the hideous, inescapable future that seems to be hurtling us toward, if we’re not there already, with every day of rising maternal mortality, normalized sexual violence, curtailed reproductive freedoms, and toxic masculinity.

Well, I have good news and bad news. The bad news is, women continue to face violence, discrimination, predation, and the rollback of basic freedoms while earning 50 to 70 cents on the dollar compared to men. The good news is, all of this seems to be producing some incredible works of speculative fiction. Ya win some, ya lose some, I guess.

For better or for worse—but mostly, it seems, for the better—the wave that started with the 2016 election shows no sign of slowing down. Here are a few of the new and upcoming books by women writers presenting an unflinching, often enraging vision of a future that, at times, can bear an unsettling resemblance to our present. Read these while you wait for season four of The Handmaid’s Tale, and the long-awaited release of Atwood’s sequel, The Testaments, this fall.

The Farm by Joanne Ramos 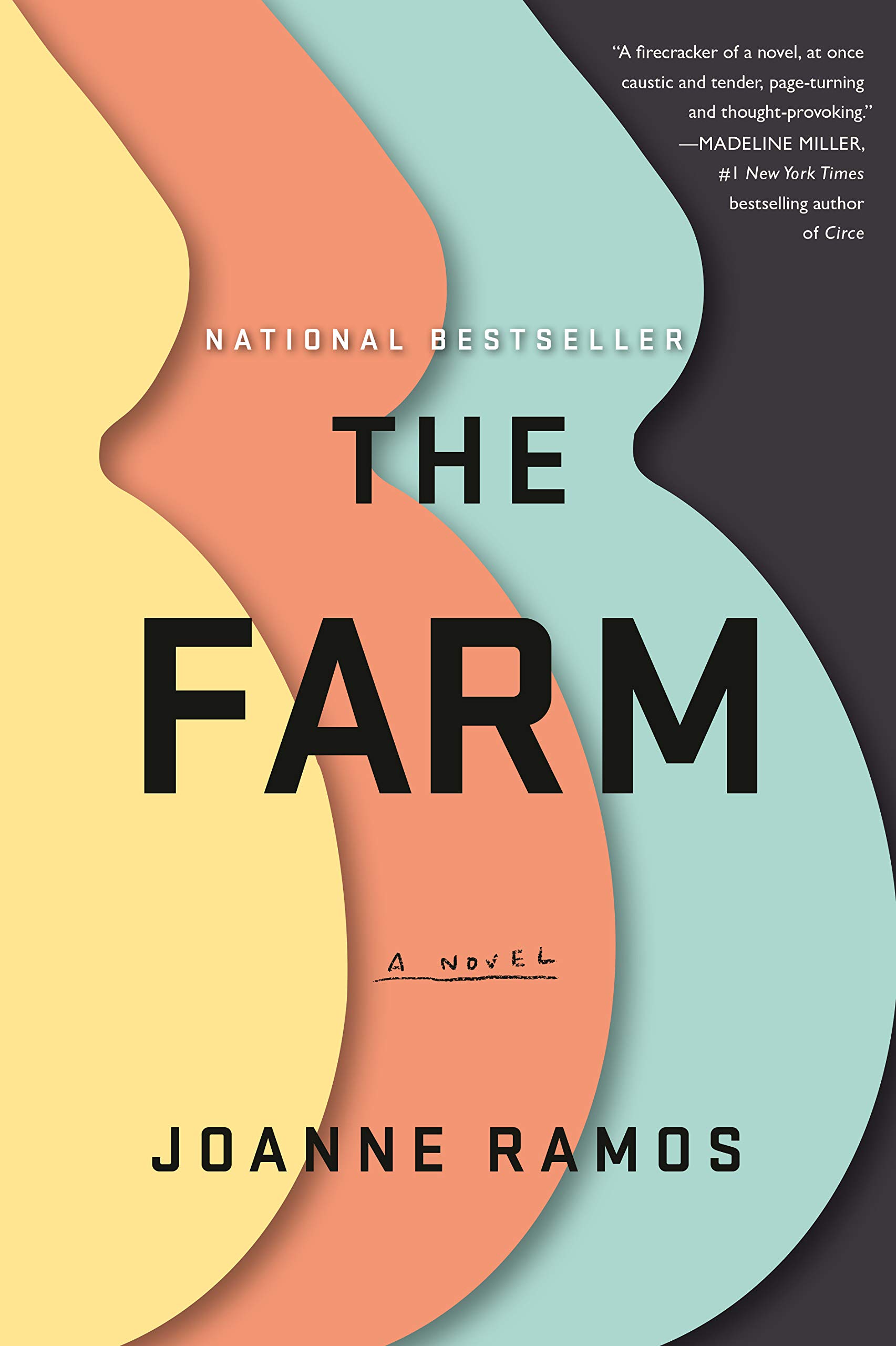 Imagine a future in which surrogate motherhood becomes a luxury capitalist enterprise, a kind of Gilead driven by dollars rather than Bible verses, and you’ll have taken a first step into Ramos’s novel. Women willing to serve as surrogates (many of them low-income or women of color) are offered the handsomely paid opportunity to live in a posh “gestational retreat,” but the catch is, their every move, morsel, and emotion are monitored in order to produce perfect babies. The novel’s heroine, a Filipina single mother named Jane, is a worthy successor to Offred. 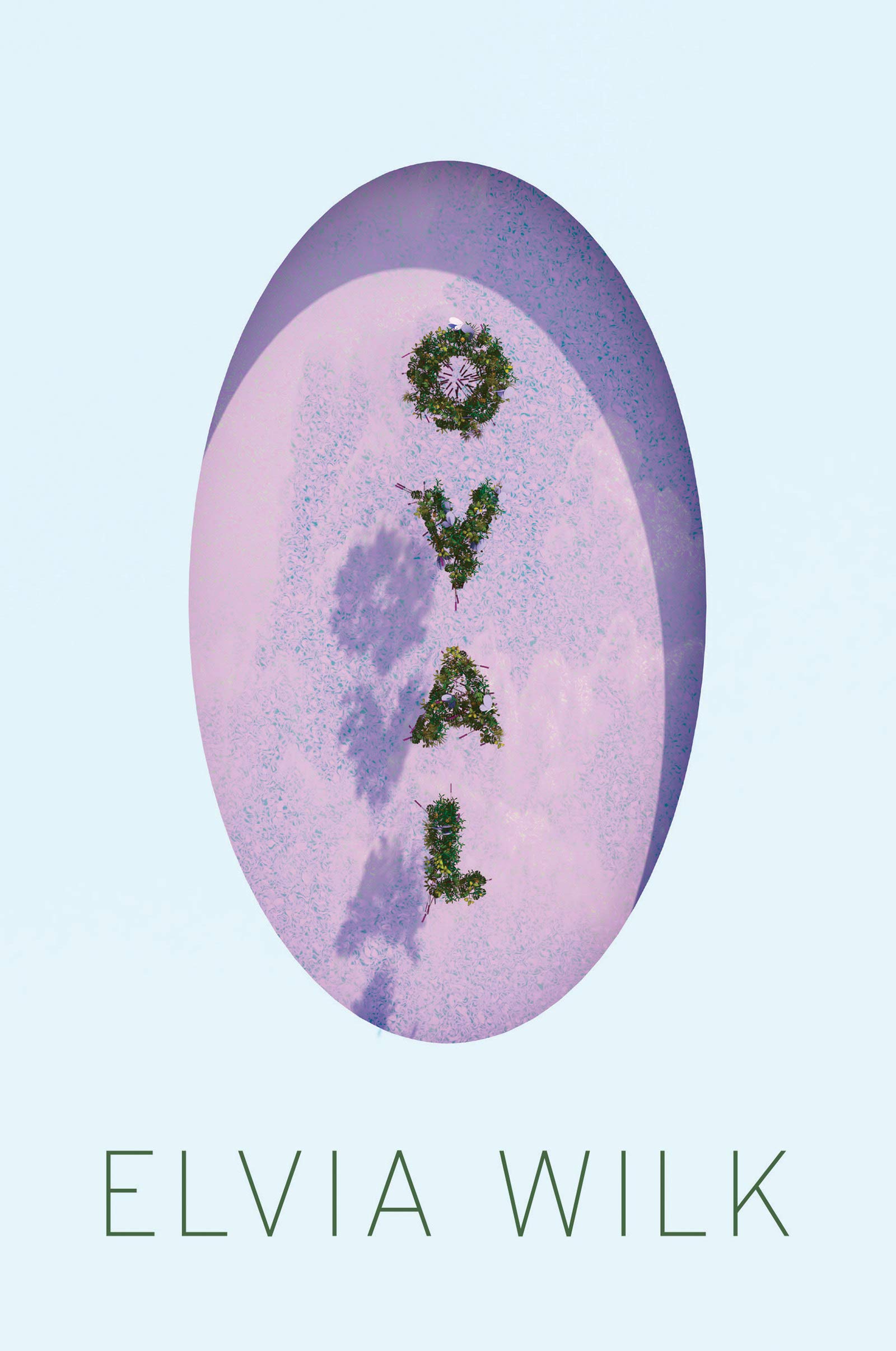 In a near-future Berlin, a young scientist, Anja, lives with her artist/influencer boyfriend, Louis, in a disintegrating house on an artificial mountain, part of an experimental corporate-owned “sustainable” community that is manifestly anything but sustainable. The same corporation that employs Anja and owns their house also acquires the rights to a new drug Louis is working on, called Oval, that may improve humankind’s capacity for kindness…or inspire a collapse. Wryly funny, dark, and smart, Oval is squarely in the tradition of Margaret Atwood’s other dystopian masterpiece, the Madaddam trilogy. 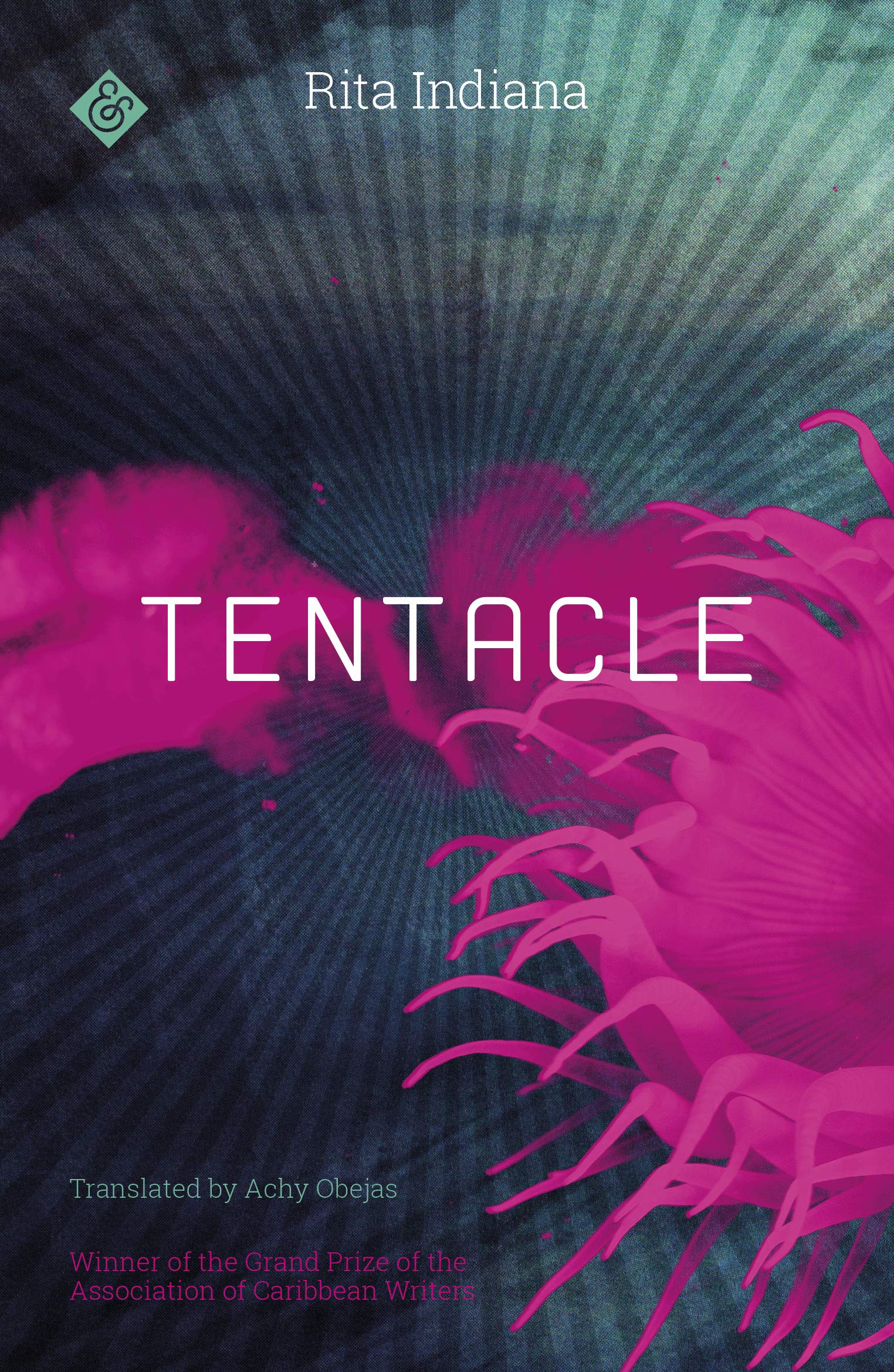 This thrilling dystopian/historical mashup of a novel by a Dominican author begins in a post-apocalypse Caribbean, where income inequality fostered by environmental disaster has run to its most rampant extremes. Acilde, a former sex worker turned housekeeper who is saving up for an injection that will reassign her gender to male, is unexpectedly thrown back in time to the colonial Caribbean, with the opportunity to save the ocean from devastation. But to dismiss this as a time travel novel is to diminish its exhilarating blend of post-colonial criticism, queer politics, humor, and pop culture (including emojis) as artistic expression.

The Future of Another Timeline by Annalee Newitz 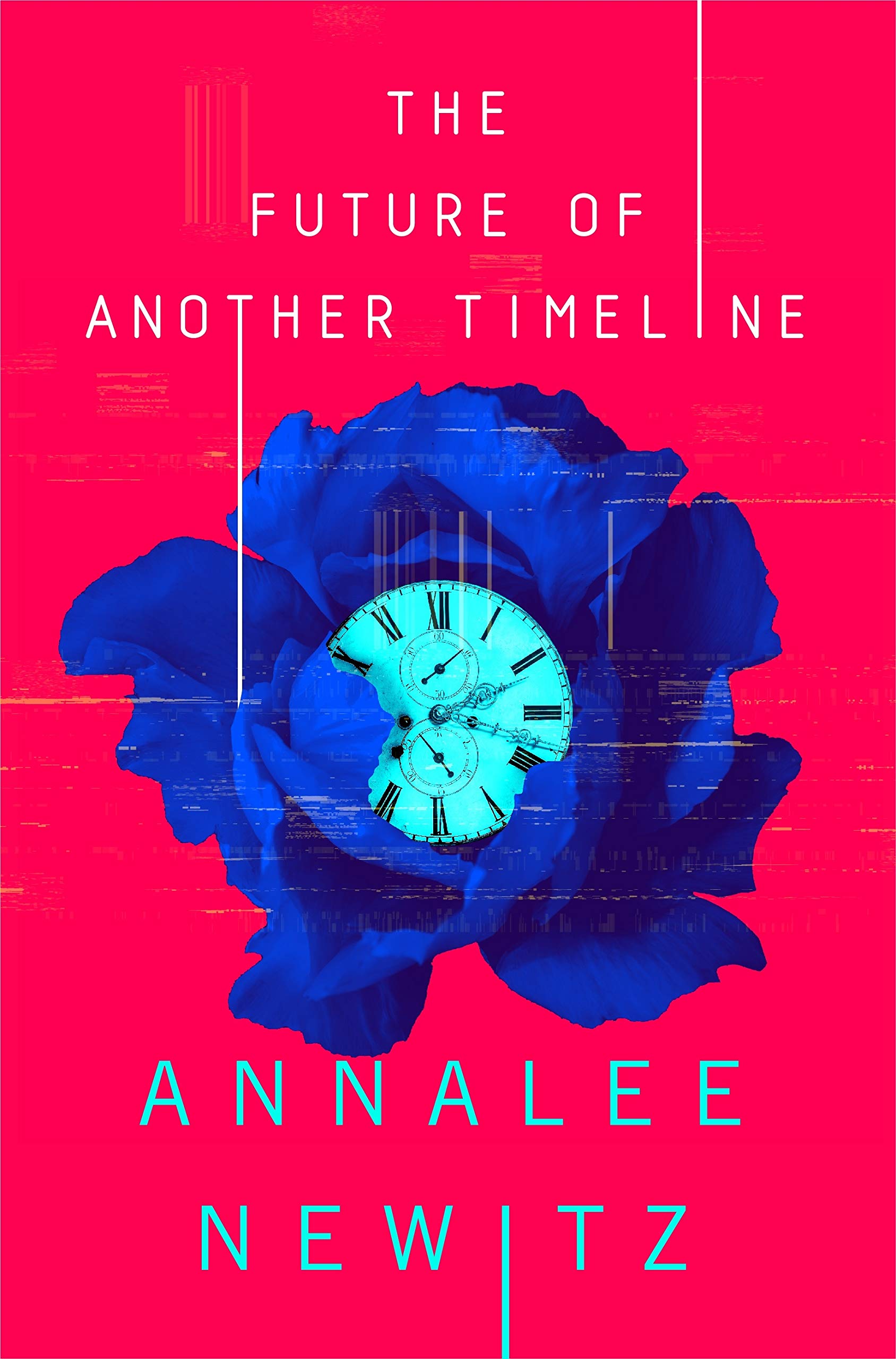 Purely by coincidence, yes, this is another feminist time travel novel, due out in September 2019. But Newitz, an award-winning author of speculative fiction and nonfiction, steers this traditional sci-fi trope in an exciting direction: A young woman living in a dangerous near-future, determined to fix the injustices of the past and protect other young women like herself, must fight for the power to create positive change that actually lasts. (If that sounds familiar, you might have been reading AOC’s Twitter feed.) 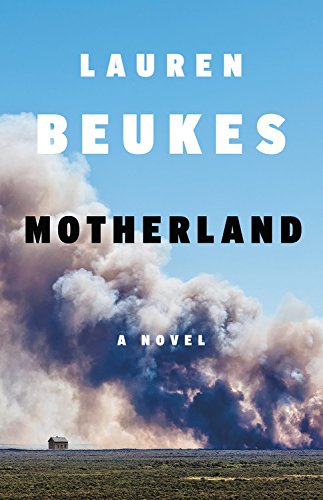 The new novel by bestselling author Beukes, coming in May 2020, takes place after a global pandemic has almost wiped out the global male population. Cole, a single mother of a young boy, is on the run through an America cruelly transformed by shifts in power, where men are a protected class. Like Naomi Alderman’s bestselling feminist dystopian novel The Power, in which women develop the ability to wield a mysterious electromagnetic force that has startling effects on men—and the power they wield—this novel looks to be set in a world in which gender dynamics have flipped, but not necessarily for the good.

Siobhan Adcock is the author of the novels, The Barter and The Completionist. Her short fiction has been published in Triquarterly and The Massachusetts Review, and her essays and humor writing have appeared in Salon, The Daily Beast, and Huffington Post. She lives with her husband and daughter in Brooklyn.