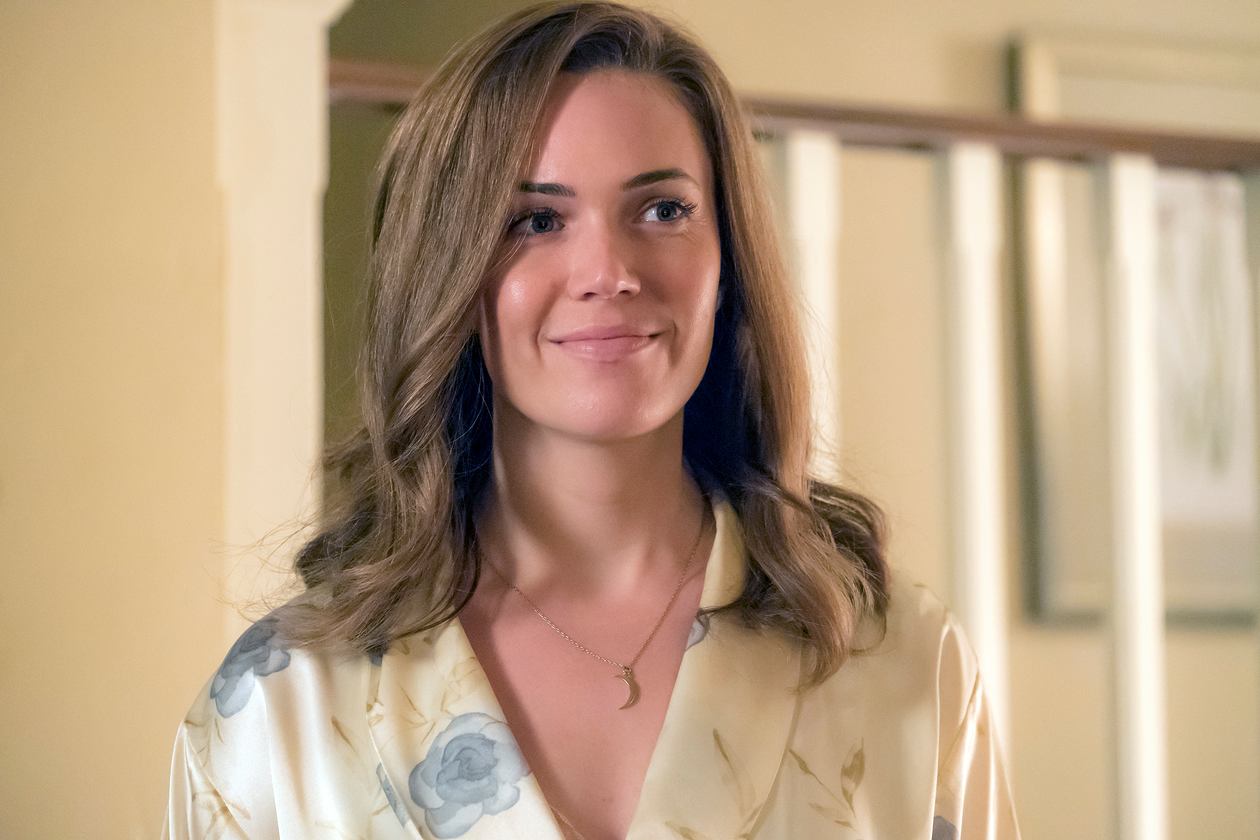 This week’s episode of confirmed a couple of things for me: 1) functions very effectively as a long-form PSA for appropriate use of birth control and 2) I’m a psychic genius, because I pitched this story before even WATCHING Tuesday’s episode in which, yep, we get a pregnant Chrissy Metz.

For anyone who read the transcript of my rage blackout my article on Jack Pearson, you’re already familiar with some of my theories on the show, mainly that Rebecca (Mandy Moore) would’ve been way better off if her whimsical alcoholic husband had chilled with the baby fever (not to mention the off-the-cuff adoption schemes, though obviously thank God, because Randall is the backbone of this whole show). It’s made abundantly clear that Rebecca did not want kids, which just begs the question, if you’re as compulsive and tortured as I am a rational human being: What makes her any different from me, a woman who similarly both does not want to have children and occasionally engages in heated bathroom floor sex anyway? (I’m being colorful to make a point; I do not actually practice in/recommend any kind of bathroom-located sex, and not even just because I cried that one time. It’s just good sense.) Anyway, in honor of all the times makes you wonder if maybe you should run out for some Plan B, because apparently pregnancy just STRIKES when you least want it, here’s a rundown of all the mothers on this show who probably would have been better off and happier if they just used more reliable birth control.

Okay, sorry I forgot Beth, but it’s easy to forget someone on a ranking of the worst mothers when you are literally perfect. Please accept my 1,000 sincerest apologies. Beth is the best. Obviously. She has the best marriage, best husband, best life, and least fucked-up kids. She just adopted a foster child, and she’s better dressed for a Wednesday at the office than you will be at your wedding. Beth will always call you (Randall) out on your (Randall’s) bullshit, and while the rest of you clowns are fawning over Rebecca and Jack’s “perfect” marriage, Beth is over here being LITERAL marriage and parent goals with Randall. I know Beth is a fictional character, but can she adopt me?

I already basically explained this, and I don’t think there should need to be any reason beyond the fact that she word-for-word states, “I never want children,” on this show, and then continues to say nothing that would suggest she has changed her mind prior to pregnancy. But it does merit a mention that she also directly calls out the fact that having children essentially crushed her professional hopes and made her literal worst nightmares about being an ignored, overburdened wife and mother all come true (even if there were good parts too, the things she was afraid of ALL HAPPEN). I would’ve loved to have seen Rebecca launch her singing career and continue her habit of drinking in the morning, as Jack mournfully tended to a growing collection of dolls in the attic loved and supported his badass wife. Instead, he works a job he hates and develops a drinking problem, while she carries the weight of five people’s well-being on her shoulders. Worst case all around.

This is not a political statement; I am fully aware that we haven’t actually seen Kate be a mom yet, but I just feel like the amount of baggage she’ll bring to the table is not healthy for an impressionable human baby. The biggest reason that Kate shouldn’t have a baby right now, IMO, is Toby, whose controlling man-babiness has been driving me up the fucking wall. Kate has displayed more dedication to her fitness journey in this 45-minute episode than I’ve shown in the last five years, and he dares to try and throw her off her game? Also, don’t simultaneously egg someone on to eat a snack instead of working out while ruining the snack itself with a description of the weird hippie ingredients you used for it, because apparently your unemployment has yielded some super specific and nauseating baking habits. (He has to be unemployed, right? What is he doing all day, ironing Kate’s dresses and tracking her location with the GPS chip he implanted? I hate Toby.)

Moving on. It’s also slightly sad timing that Kate’s finally decided on a career she wants to pursue, and she’ll immediately need to put that on hold. I’m also not crazy about the compulsion we’re seeing about her body just a few weeks into pregnancy. I’m all for the working out and eating organic, but Kate’s so anxious about what her body can and can’t do already. Pregnancy is like mandatory anxiety about exactly that and with much higher stakes, and Kate’s definitely already reacting.

As we learned this episode, somehow the literal bundle of joy that is Rebecca Pearson was hatched from a racist Disney villain who really, really should not have inflicted her version of “mothering” on anyone. Her nasty-comment-per-minute ratio would be impressive if it weren’t so wantonly directed at her kind and sickly grandchildren, and the brand of racism she brings to the table is basically exactly what you can look forward to at your next Thanksgiving. (To be clear, this is not me saying I wish all your grandmothers had been barren and you’d never been born; I’m just pointing out the many times has depicted mothers in ways that make you think, “If she could just be a woman and not a mother right now, I think that would be a better alternative.”)

Anyway, short of showing Planned Parenthood ads at every commercial break, I think  has been about as effective as it can be in demonstrating the need for education surrounding and access to effective birth control. If being pregnant is your thing, then good for you, I guess. Just don’t be Rebecca Pearson, crying in a sparkly dress about how her singing career was lost in the parenting shuffle of diaper changing and built-up resentment.