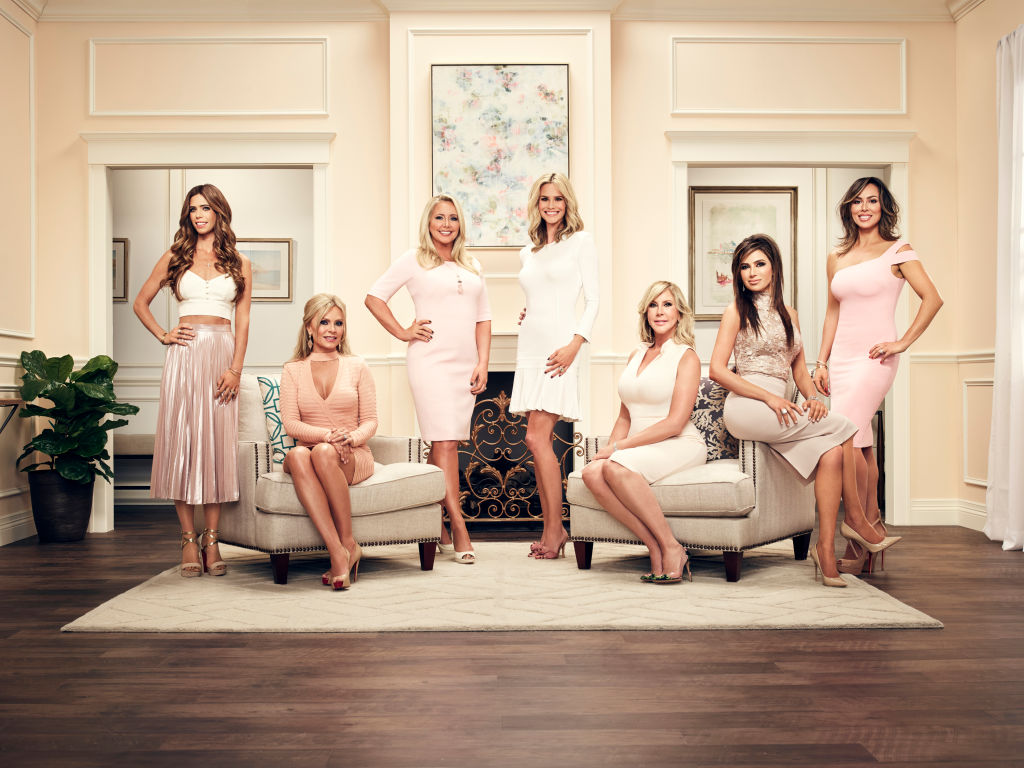 Later this week—so like, tomorrow—Andy Cohen is heading out to OC to film the reunion for . Normally, this makes me sad, because it means the season is almost over, but in this case, I’m stoked, because this year has truly sucked. I have no more fucks to give about whether or not Vicki and Tamra will be friends and whether or not Lydia will mention her husband’s balls again. I just can’t. I’m also happy about the end of this season, because it makes room for the real queens of Cali aka the Bev Hills wives. Fucking duh. Also, total side note, but where tf is the trailer for that, Andy?! It’s almost November, for fuck’s sake. But anyway, in honor of the upcoming finale in OC, we’ve ranked all of this season’s wives by betchiness. Tbh, it’s the hardest thing I’ve ever done, because all of these women are hella busted. But I did my due diligence.

Tbh, Vicki probs falls at the bottom of the list for housewives across all cities of all time. There. I said it. BE BOLD! She cries about not having friends, she doesn’t own her shit when she’s a dick to people, she dated a dude who faked cancer, and, like, complained to a child about how mean the girls are to her at his parents’ anniversary party. You’re fucking 60. Who does that? She owns her own business, which is cool and all, but she never shuts up about it, because she secretly wishes she could shop and lunch and exercise all day and still be rich af like all her friends.

Poor Shannon… This has really not been her year. Her husband is back to being a little fuckboy, and she’s put on some weight, and while it’s super not betchy, literally every single person can relate. Who can say she’s never had a fuckboy treat her like shit and followed that pain up with a Papa John’s binge session? No one. Unless you’re a fucking liar. And while I feel for Shan, I really do, she’s got to stop complaining and fucking do something about it. Tell your loser husband to suck it and head to SoulCycle. Brb, making that my Twitter bio.

In full disclosure, I think Lydia is the fucking worst. But as a non-biased professional journalist, even I have to admit she has some betchy qualities. She and her husband own a magazine, which is cool, and she has amazing mermaid hair, but that’s it. She’s a nice girl, which y’all know I can’t fucking stand, and she doesn’t like belly dancers or drag queens. Wtf is dis bish doing on a Bravo show? Like, isn’t there something on the Hallmark Channel you could audition for? Plus, anyone whose tagline is “If you can’t take my sparkle then stay off my rainbow” is not a betch.

I also can’t with Peggy. Her talking about sports cars all the time and shit… Like, no one fucking cares. But she and her fam appear to be really rich, and she’s really pretty and thin, which are all super betchy qualities, so she finds herself somewhere in the middle of the pack. Plus, there was that whole scandal where she apparently wouldn’t let her brother come to their dad’s funeral because he’s gay, which would make her a mega-bigot asshole, but now she’s  come out saying that’s not true, and she loves the LBGTQ community and other shit I’m not sure if I believe, but innocent until proven guilty I suppose. I’m sure Andy will give her shit at the reunion about it either way.

I feel like a bunch of y’all are gonna lose your shit at me over this, but this is my list, so IDGAF. Hear me out. Sure, she’s a BSCB who, like, calls people cunts in the middle of family-friendly restaurants. But she also calls people out on their shit, which I can appreciate. You act like a snobby bitch at a party? Prepare for your deepest secret to be outed on national television. You try and get her tequila wasted and make an ass of herself in Ireland? Prepare to die on a bus. Maybe y’all should all just stop being assholes. What a concept.

Meghan is the only housewife on this show who is even remotely normal. Like, we could maybe hang out. Maybe. She’s not a total nice girl, but also doesn’t totally suck either, which is kinda of refreshing given the rest of the cast is like the meanest group of women alive. She’s married to a ex-pro athlete, and her kitchen island is #goals. Sorry, I’m in my mid-20s, and that kind of shit is important to me now. Sue me. She’s also really skinny even though she gave birth like 5 seconds ago, which is something I truly admire.

Last year, Tamra was getting ready for a fitness competition, meaning she was in the running for my least favorite person on Bravo. People who won’t shut up about diet and exercise are my legit archnemeses. But anyway, this season she’s still working out and shit, but she doesn’t talk about it that much, thank god. She’s friends with most everyone in the group, except Vicki of course, but the OG from the OC is practically begging to be in her good graces again, so Tamra is the new HBIC. Congrats, girl.