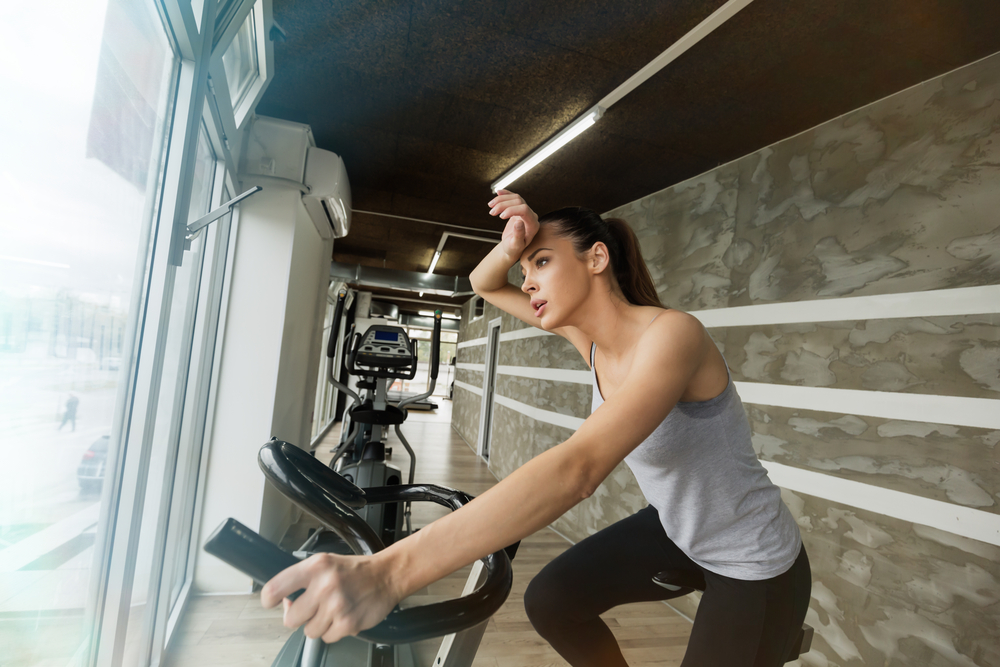 Unless you’re some athletic psychopath who runs marathons on Sunday mornings, we can all agree that cardio is the worst. It’s a chore, like giving a blow job getting a root canal or your monthly Brazilian. Even though you know it’s worth it, you still sit in the European Wax Center waiting room trying not to cry in public. In fact, I don’t really care what people say about post-workout endorphins. They’re really not worth the hype. Like, I don’t have a husband to shoot anyway, so what’s the point? Oh right, my physical appearance general health and well-being. Cardio sucks, but like any chore, you’ve gotta get it done every now and then, so you might as well find a way that works for you. For all the anti-runners, spinners, and jump-ropers (seriously what are you) try this cardio workout.

Most cardio workouts start out with jumping jacks or jogging in place as a warm-up, but we’re gonna be nice and let you skip that bullshit. A lot of people don’t realize that doing bodyweight toning moves can actually get your heart rate up as much as classic cardio moves do, so bodyweight squats are a great way to warm up without wanting to head home before the workout even starts. Stand with your feet shoulder width apart and place your hands behind your head or out in front of you. Then, flex at your knees and hips, sitting back with your hips until your butt is in line with your knees or thighs. Get as low as you can, and then stand back up. Do 20 reps at a fast pace, but make sure you’re getting your butt low every time. Half-squats don’t count.

Now that you know how to do a squat, you’re going to jump at the top of the movement every time, so instead of standing straight up, you’ll pop up from the bottom in an explosive movement, and then land back in your squat again. The idea here is to burn calories while burning out the same muscle groups we were just using. Try to hit 20-30 jumps without stopping. Your thighs may burn, but then again, just be thankful you’re not in a 60-minute Flywheel class being asked to turn the Torq up five notches with the Fall Out Boy soundtrack blasting in the background.

The squat moves we just did were all about the butt muscles, so now we’re doing lunges to focus on other muscle groups in your legs, like your quads and hamstrings. The reason we’re doing a ton of leg movements is because your legs have some of the biggest muscle groups in your body, so you actually burn the most calories when you do lower body movements. Standing with your feet hip width apart, lunge your leg backwards into a 90 degree angle, and then stand back up and alternate. Do 10 steps backwards and then 10 steps forwards before switching to your other leg.

Nothing sounds worse than climbing a mountain, but this move doesn’t involve a Camelbak or a Clif bar, so bear with me. Mountain climbers engage your core while you move your legs, so you kinda forget you’re doing cardio because it’s also an ab move. And if you haven’t heard, abs are like, really trendy right now. Start with your hands on the ground, keeping your shoulders over your wrists and your abs engaged. Then, jog your knees into your chest without letting your butt raise upwards. Think about staying in a plank position with only your legs moving. You’ll feel the burn in your core while burning calories with your legs. It’s a win-win.

If your gym has battle ropes available, now’s your time to use them. Battle ropes will target your arms while getting your heart rate up, so you’re basically giving your legs a break while your arms do all the work for a minute. They might feel super thick and heavy, but once you start whipping them around, you’ll see how good of a workout they can give you. Keeping your elbows as close as you can to your body, flick your hands up and down, or hold onto the ropes with both hands and slam them until your arms feel like noodles (whatever those are). Try going for 30 seconds straight, and then rest for 30 seconds, and then do another 30 seconds of work.

If you’ve ever been to a workout class, you’ve probably been forced to do burpees, which are the fitness equivalent of getting punched in the face. However, there’s a reason they burn so many calories, and it’s because they get every muscle in your body working at once. If you hate cardio, you can skip the burpees for today and do froggers instead, which are basically burpees without the standing up and jumping part. The idea is to start in a “frog” looking position, squatting down with your hands in between your thighs. Put your hands on the ground and jump your feet straight back until your body is in a high plank. Then, jump your feet forward, raising your hands off the ground. Do 10-15 reps total.

Holding a plank isn’t exactly a killer cardio move, but if you’re doing it right, you should be engaging all the muscles in your body, and your body could actually burn more calories this way than you would by just running around. Plus, ending your workout with a plank hold is ideal because your body is already in the fat burning zone, so you’re toning your muscles while keeping the fat burn going. With your forearms on the ground and your legs out behind you, think about keeping your body in one straight line while drawing your belly button in toward your spine. Squeeze your abs, butt, and your back muscles, keeping your whole body tight the entire time. Try to hold for a minute, and if you want more of a challenge, elevate your feet onto a block or medicine ball. Also, people tend to hold their breath here, so don’t make that mistake. It would suck to stop breathing after you’ve already come this far.