We are way past October 21, 2015, and the future is both much cooler and much dumber than Doc Brown could have imagined. Sure, we have access to all the information in the world in our pockets … but we primarily use it to look at boobs and type profanities at strangers in comment sections. Yes, as long as technology exists, there will be people using it in a way that its creators never intended, much less would approve of. For example …

You know what they say: “See an emu; take a selfie with an emu.” Otherwise, how else will people know you once hung out with an emu? Oh, but exotic animals tend to be that way for a reason, and uploading pictures of them (especially with geotags) can lead poachers right to their door. Or … hole. Whatever emus have.

This isn’t a hypothetical problem. It’s such a concern that groups in the African safari industry have begun explicitly instructing people to make sure their Instagram feed doesn’t accidentally become an accessory to emurder. 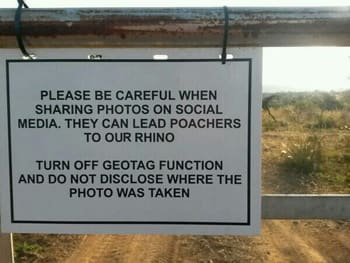 Professional photographers often use radio collar signals to track down animals to shoot, and those can be hacked by people who intend to do some entirely different shooting That’s a little trickier than right-clicking a photo, but it has worked, leading some parks to ban the use of such devices altogether. So now if a photographer wants to snap there, they actually have to find animals by looking for them.

Regardless of how true it might be that sex hinders sports performance (hint: not at all), the home team advantage in basketball has dropped a stunning 10 percent over the last decade, and those in the industry are thanking Tinder. Or blaming, depending on who they’re rooting for.

This is not because the dating app is getting players laid more. Believe it or not, NBA all-stars don’t need much help in that department. It simply saves them the trouble of going out. Due to what one manager called “the Tinderization of the NBA,” players are getting at least two more hours of sleep per night. And that does affect performance. It’s even become common to instruct hotel staff to leave out a key for whoever gets right-swiped, so they can be waiting in the room when a player get there. Talk about convenience.

Since players are going out less, they’re also drinking less, foregoing the “four-day hangover” — a phenomenon that scientists have observed in athletes after a typical night out. It has the same effect as aging the body 12 years. You better believe avoiding that makes a difference on the court. It seems these guys have yet to discover the joy of drinking for drinking’s sake, but they’ll have plenty of time for that after they retire at 26.

During the ’90s, cops tasked with ruining the lives of undocumented immigrants had the best idea since donut holes. All they had to do was check for citizenship alongside beer breath at preexisting DUI checkpoints. It was all going swell until GPS-enabled smartphones became the norm. Some people figured out that Google Maps can show those checkpoints pretty accurately … 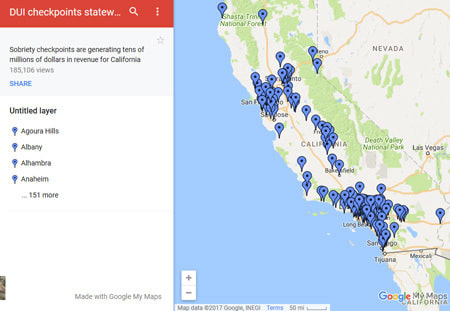 … and it didn’t take long for budding entrepreneurs to figure out how to profit from helping drunks stay on the road. To be fair, these kinds of apps were built primarily for riders to share information about traffic delays and other inconveniences, but they also allowed users to report the presence of police. Immigrants had finally found a long-sought tool for survival. Other such services have sprung up specifically for that purpose, in Spanish and everything. They’re not even trying to hide it.

Of course, cops became aware of the phenomenon approximately seven minutes after it started. They’re campaigning to make these kinds of apps illegal, and in the meantime, they’re downloading the apps themselves and flooding them with false sightings to mislead immigrants and drunkards. Yes, your tax dollars are paying for professional trolls.

The Internet Is Bad For The Environment

As absurd as it may sound, not only does video streaming generate a carbon footprint, but it’s also 100 percent higher than traditional DVD shipping because of the inefficient equipment used to store and stream those flicks. If that wasn’t bad enough, Netflix finally reached the Chinese market in 2017, so multiply those ill effects by that country’s entire population. It won’t be a zombie virus that destroys humanity; it’ll be BoJack Horseman. 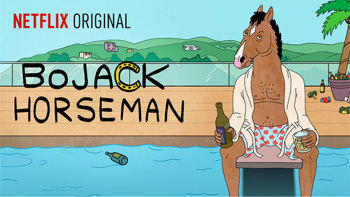 Netflix Which is the only thing more depressing than BoJack Horseman.

And it’s not just streaming. According to Climate Care, every email we send produces up to 4 grams of CO2, while a large attachment may increase this amount to more than 50 grams. Spam is literally killing the planet.

Your Smart Devices Can Rat You Out In Court

There are a plethora of new devices, like Amazon’s Alexa, Google Home, or the newly announced Apple HomePod, which are always listening and ready to serve you. And unlike a human assistant, they won’t grow existentially depressed after attending to your every inane need.

That “always on” part is iffy, though. While it may be convenient to be able to instantly communicate with your listening device, that also means it witnesses everything you do. We mean that in the legal sense. The murder trial of James Bates became a focal point for privacy rights when Amazon was asked to release any audio recorded by his Echo on the night of the murder. Amazon refused to do so, citing the First Amendment and past precedence that web searches are protected by the Constitution.

While Bates did voluntarily release the recordings, thus delaying the debate over always-on smart home devices, always-on exercise monitor recordings are already fair game. Police used a murdered woman’s FitBit to disprove her husband’s alibi, showing that she was still up and walking around when he said she had already died. Another woman was placed on probation after her FitBit proved she lied about being sexually assaulted, and an Australian mayor’s Apple Watch is currently being used to trace his movements for a corruption case. So a heads up: If you’re thinking about committing a crime, ditch the smart wrist gear first. It’s already a crime against fashion, anyway.

James is on Twitter, and has recently tried his hand at blogging. Dr. Claudio Buttice is a former hospital pharmacist who eventually became a freelance medical writer. If you want to offer Dr. Buttice a writing gig, or just want to throw money in his general direction, feel free to contact him at tyresia2@gmail.com. Saikat Bhowmik is a kid who has grown a beard to look like a grown-up. He has a serious account on Twitter and an Amuzic (that’s not a spelling mistake) YouTube channel.

Reduce your carbon footprint by reading on your mobile device, like Handmaid’s Tale or Man In The High Castle.

If you loved this article and want more content like this, support our site with a visit to our Contribution Page. Or sign up for our Subscription Service for exclusive content, an ad-free experience, and more.