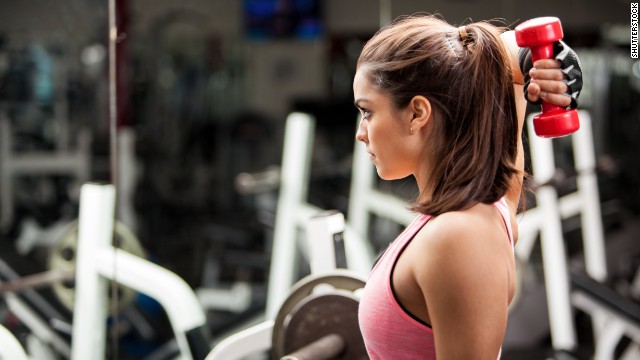 (<a href="http://dailyburn.com/life/fitness/common-workout-setbacks/?partner=cnn&mtype=5&sub_id=08182014_sabotaging&utm_source=cnn&utm_medium=cnn&utm_campaign=08182014_sabotaging&utm_content=08182014_sabotaging" target="_blank">Life by DailyBurn</a>)If you’ve been working out for eight plus weeks and haven’t started to reap the benefits yet, there’s a good chance that one or more of these silent setbacks has found its way into your fitness regimen.

By being aware of bad habits and the effect they have, you can work to eliminate them from your regimen and hopefully watch your progress start to soar again. Here are some of the most common culprits to look out for:

Any good trainer will tell you that an adequate and efficient warm-up is essential to any workout, especially dynamic ones that get you moving in the right movement patterns.
“Not warming up can decrease the effectiveness of your workout and increases your chance of injury,” says New York-based trainer Nick Ebner. “Your muscles won’t be elastic enough, which could lead to tears, meaning long term setbacks and recovery.”
DailyBurn: What 200 calories of nuts looks like

“The amount of energy you put into your body will dictate the training response,” Ebner says.
For example, if you want to build muscle, you need to take in more fuel. Also, to lose weight, you need the right kind of fuel. Without energy to burn, the body turns to the most readily available source: muscle protein.
DailyBurn: 10 delicious protein pancake recipes

When working out, many trainers will advise working opposing movements, like pairing a bench press with a row. Neglecting certain movements and muscle groups (most commonly the back, hamstrings and glutes) can cause imbalances.
“Muscle imbalances can lead to overuse injuries, such as PCL tears from quad dominance, which will keep you out of the gym for a minimum of nine months,” says Ebner.
Nine months without a workout? That could mean reversal of the results you have already seen.

4. Working in limited range of motion

More common in the bodybuilding community, partial reps, or working in a limited range of motion, can lead to “a limited range of strength and mobility,” says Ebner. He also cautions that when we use heavy weights beyond of the range we’re accustomed to, we are at a much higher risk of injury.
Ever seen a person tear ligaments in their knee stepping off a curb? According to Ebner, this could be because that person does not do a full-depth squat, and therefore isn’t accustomed to using his or her knees to stabilize the body during any motion other than a partial-depth squat.
DailyBurn: The benefits of vitamin B complex

A common physiological response to training is the release of certain hormones into the bloodstream, such as testosterone and dopamine.
“Going past 45 to 55 minutes per workout can put the body into a negative hormonal state,” says Ebner.
This is more so true for those who stay in the gym for hours, taking one class after another, and then weight lifting or running on the treadmill to try to burn as many calories as possible. This could mean serious overtraining, adrenal fatigue and performance decrements in the long term.
All of these things, both individually and when coupled together, make for a negative effect on your goals.

You could train 30 minutes a day, seven days per week, but still not see the results you’re looking for.
“Adaptations happen during the recovery period.” No matter how quickly you want to put on 10 pounds of muscle or lose the weight you gained from having a baby, constant workouts won’t do it. You need to let the body recover and return to homeostasis, so it can efficiently build the muscle you want or burn the fat you don’t.

We know there are never enough hours in the day to get through everything, but it’s important to shut down at a normal hour. Sleep is essential.
“Certain hormones, the most important of which are growth hormone and IGF-1, which help us build muscle and burn fat, are active when we sleep and not active when we are awake,” says Ebner.
That old wives’ tale of not growing unless you sleep — with muscles, it’s actually true!

Leave your phone in the locker. If you must have it, say for music, put it on airplane mode. Texting can lead to longer rest periods than normal, which could “allow your nervous system to return to homeostasis,” says Ebner.
This could also mean your nervous system won’t be ready to lift heavy weight, and without a spotter, this can be risky, Ebner cautions. The number of reps you’re able to perform might even decrease, sabotaging the short-term effects of your workout. If that becomes a habit, your body won’t change.

Are you at the gym to change your body and your life, or to make friends?
While workout buddies can be great for added motivation and accountability, talking during a workout can decrease the metabolic, or fat burning, effect of your workout, Ebner says. The reason? When rest intervals increase, “the body will cool down, leading to a slowed metabolism,” Ebner says.
Also, talking during a set of squats and shifting your focus from the exercise form to the conversation “can lead to form breakdown, and in turn, serious risk of injury,” he says.
If you have a workout partner, great, but save the small talk for your (hopefully shortened) rest intervals.

There is an inherent danger of the “monkey see, monkey do” idea of working out: You might do the exercise wrong. As a trainer, Ebner has seen it a lot. “This is a great way to hurt yourself,” he says. “Just because it looks cool doesn’t mean you’re ready for it.”