New York (CNN Business)Kohl’s innovative strategy to draw customers into its stores won the company praise and fans on Wall Street. But shoppers are going elsewhere, and investors are losing confidence in Kohl’s.

CEO Michelle Gass tried to put her best spin on the results. “We enter the holiday period with momentum,” she said in a prepared statement.
It did little to mollify investors. Kohl’s (KSS) stock tumbled on Tuesday. Shares fell as much as 17% during early trading. Macy’s (M) and Nordstrom (JWN) also dropped. Those two chains report earnings later this week.
The results signal that Kohl’s makeover strategies are falling short. 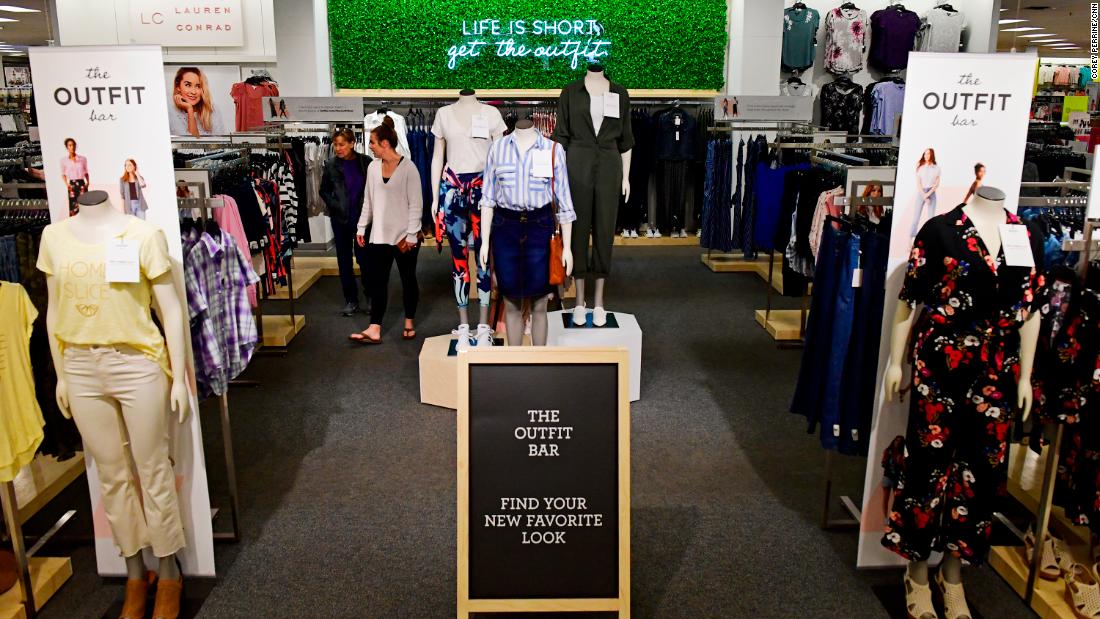 Despite Kohl’s attempts to reinvent itself to adapt to sweeping changes in the retail industry, the company still can’t dodge intense pressures on department stores from Amazon (AMZN), online brands, big box retailers and discount chains like TJMaxx. Since 2011, Kohl’s has lost 17% of its market share, according to a UBS estimate earlier this year.
And TJX (TJX), which includes TJMaxx and Marshalls, said Tuesday that sales at stores open a least a year increased 4% last quarter. The company has raised its guidance for the remainder of the year.
Gass, the Kohl’s CEO, has taken a proactive approach to remaking the retailer’s more than 1,150 stores for the online shopping era. Kohl’s is considered by many analysts to be in a better position than Macy’s, JCPenney and other mall brands because the majority of Kohl’s stores are away from malls.
Kohl’s has partnered with Amazon to offer free returns for customers at stores. Gass earlier this year said the rollout of Amazon to all of its stores was the company’s “single biggest initiative” of the year.
It has also shrunk the size of some stores and rented out the extra space to companies such as Aldi and Planet Fitness (PLNT). It has also tested concepts like “outfit bars” to draw Millennials. Outfit bars let women shop by “look” for work and social occasions — in one place.
But to survive, Kohl’s may need to go bigger.